Torquay grandmother may have been targeted – fear 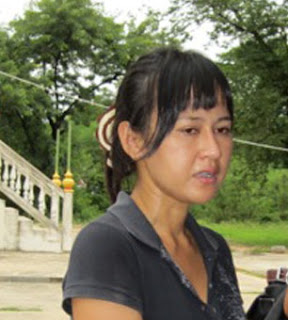 This is the alleged ”killer wife’ – Wilaiwan Phillips – who has been charged with conspiracy to murder her husband Stephen Phillips – gunned down in remote north east Thailand five weeks ago.

And today exclusive documents show the countdown to his murder.

They reveal that Phillips, 59, described as a man with a heart of gold but extremely naïve, married, wrote a will in favour of his new 29-year-old Thai bride, and was gunned to death all within 15 days.

And his death was only delayed because, they say, Wilaiwan, had to find a deposit of 300,000 (£6000) for the gunman who drove in from another province to carry out the deed.

After Stephen’s death she called Mrs Kingston at her home in Devon asking for money and  for her to come to Thailand for her ex-husband’s cremation. 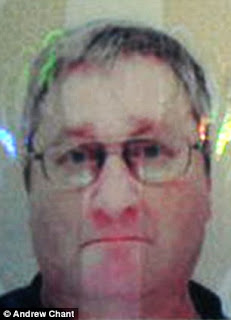 In the will Wilaiwan had inherited her husband’s flat in Newtake House, Hele Road, Torquay, but she could not take possession until after Mrs Kingston’s death.  He also left her in excess of £220,000 in long term deposit accounts.

Mrs. Kingston has declined to talk to the press. She is being looked after by a police family liaison officer but a friend  stated:

“I have been contact with Stephen’s mother. Wilaiwan has already been in contact asking for money. She has also asked her to travel to Thailand. But there was no way she would even consider going”.

Banks where Stephen had accounts,  had been notified of Wilaiwan’s arrest.

In any event the cremation ceremony did not appear to be a sombre affair for Wilaiwan. She turned up casually dressed a sweatshirt and silver-grey military styled pants.

Expat friends of Phillips took a dim view. They had witnessed a drama between Stephen and  Wilaiwan unfold before their very eyes in the small town of Baan Phai, in Thailand’s north eastern province of Khon Kaen.

He had actually lived in Khon Kaen with Wilaiwan for over a year and gone through a Buddhist wedding ceremony. But he had soon had enough, say local expats.

Regulars at the Number One bar in Khon Kaen were soon calling Stephen ‘The Wounded Buffalo’ after he began turning up with new tales of woe from his ‘wife’.

One of the questions he asked of his friends in the pub was, ‘If I had only gone through a Buddhist ceremony is my wife entitled to half my belongings.

The answer he was given, said a regular, was :”No”.  But if he married legally it was a different matter.

They saw her slap him around in public and on one occasion she even turned up at the bar with police and demanded they take her husband and a member of bar staff to the local police station to apologise in front of her for showing disrespect.

“We did apologise but in a joking way. We said we were sorry for her ignorance. Neither she nor the police  understood what we were really saying,” said the apologist.

“We were shocked by his murder. We thought Stephen had found somebody else and had got away from Wilaiwan.

“We saw him with a young woman who by comparison was quite delightful”.

In fact Stephen HAD got away and found a new girlfriend who was rich in her own right and not interested in his cash.

But then suddenly Wilaiwan and Stephen, a retired supervisor for Network Rail, got together again in Baan Phai at the beginning of August and within weeks he was married, had made his will, and was DEAD. 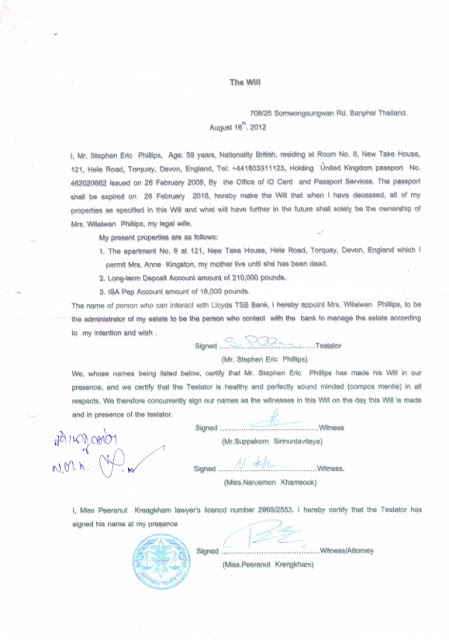 The following day on August 10th he was taken to the office of lawyer Ms Peeranut Kraegkham where he signed over a will in Wilaiwan’s favour.

Shot in chest, head and leg

On August 24th, the British Foreign Office confirmed, Phillips, was gunned down outside the marital home in Baan Phai. He was shot in the chest, head and leg and died instantly.

Later his wife said by phone:

“My husband was angry when he went out. He went to see some men who had cheated us out of 300,000 baht in a money lending scheme. . These men were not local. They travel from province to province and cheat everyone.  He was also angry with me for giving them the money.”

Police in Khon Kaen said however:

There appears to have been some remarkable police work.

On raiding her house police found a 7/11 receipt for payment to top up a mobile phone, plus a box which contained a mobile phone. 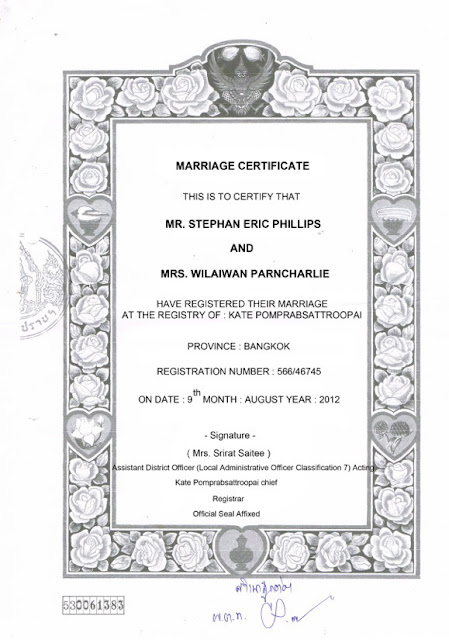 They were able to check the serial number and telephone’s IMEI code. With that they were able to discover she used separate SIM cards to contact, the fixer, the gunman and the driver.

Since they knew the exact time all the phones were topped up, they were able to go to various 7/11 shops in the provinces of Korat, Kon Khaen and Buri Ram and pick up the CCTV video of all those involved in the plot.

Arrest warrants have been issued both for the alleged gunman Wicharn Parnicum and for the fixer Pornchai Gerdyoo. Both are believed to have fled to Cambodia. The driver, who has not been named, is understood to be fully co-operating with police.

While the police carried out a thorough investigation, the killing of foreign husbands by Thai wives is often not treated seriously by courts in Thailand (except for the cases detailed below)  and Wilaiwan was three days ago released on bail of 200,000 – just £4000.

Lloyds TSB have been notified that attempts may be made to withdraw Mr Phillips’ cash.