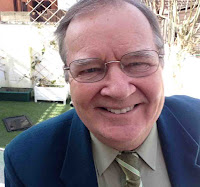 He is a former Fleet Street, London, journalist having worked at the Evening Standard, Daily Mail, Mail on Sunday, News of the World, Observer and The Times.

Specialising in investigations he has also worked on assignments throughout Europe, and in the United States, South America, Africa, China, Indonesia, Korea, Malaysia, Vietnam, Cambodia, Australia, Africa, the South Pacific and Central Asia.

In television he has worked on documentaries for a variety of broadcasters including the ‘BBC Panorama,  BBC2, Channel 4 Dispatches, World Monitor (Boston).

With Kimis Zabhiyan he was the joint founder of the Observer Film Company, the film arm of the Observer newspaper His film ‘Lord of the Golden Triangle’ filmed with opium warlord Khun Sa which he researched as a foreign correspondent for the Observer in the Shan States of Burma was the launch film of the company..

From Thailand from 1986 until his departure in 2015 he covered most of the major breaking stories in South East Asia, from the Asian Tsunami, to bird flu, the Bali bombings, to military coups and crime, lots of it.

His investigations in Asia have led directly to the prosecution of people including a policeman for murder and the release of scapegoats set up on murder charges. He has been successful against ‘boiler room’ fraud operations, which he continues to monitor, and working with the Foundation to Fight Against Child Exploitation has successfully tracked and identified a variety of child sexual abusers, the most famous of whom was rock star Garry Glitter (real name Paul Gadd) whom he tracked down to a house in Vung Tau, Vietnam, leading to his prosecution by the authorities.

Andrew is a holder of the Maurice Ludmer Memorial Award for investigations into racism and fascism after he went undercover for two years in an extreme right wing group with links to bombing across Europe.

He left Thailand in 2015 and his departure was reported by many newspapers including the Guardian, Bangkok Post, and Sydney Morning Herald.  He currently lives in rural Wiltshire with his three children Annie, Matthew and Archie.