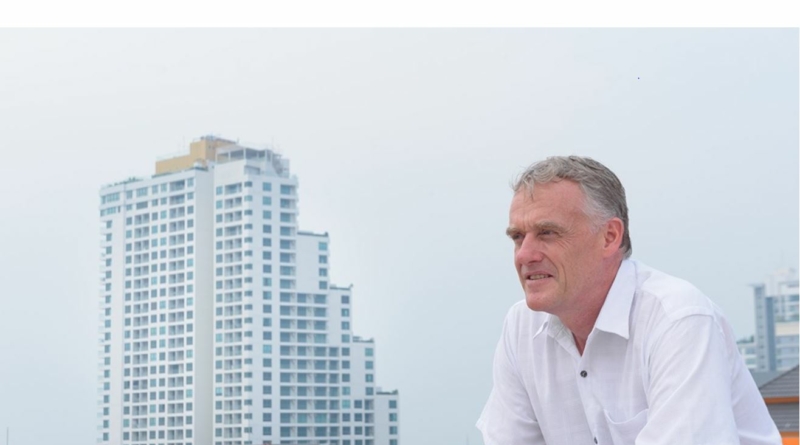 BUT HE’S NOT THAT INNOCENT

New Nordic, the property group formed in Thailand by Kurt Svendheim, has gone bust. The developer, who had plastered the resort of Pattaya with his orange branded apartments and hotels is finished in Thailand. News was broken to investors in a softly worded memo saying New Nordic had applied to the Thai Bankruptcy Court for Rehabilitation.

However, Kurt Svendheim, who has removed himself to Dubai, ceased pay-outs to investors a year ago. The company attributed the troubles to Covid-19 and the resultant lack of tourists renting their properties, but the truth is the company was in trouble before the impact of Covid, reporting huge losses in 2018 and 2019. 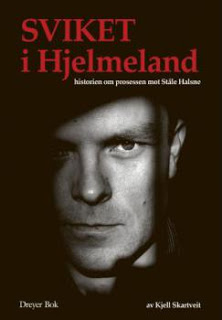 What Covid did was to cut short – to a half-life – a massive Ponzi scheme – For; with the cash from investors in Thai projects, he had been starting up new projects in Asia and Africa.

And Kurt had done all this before.

Before moving to Thailand he had sold similar projects in Brazil and Bulgaria. They went bust too. And with those projects he took down Norway’s Hjelmeland Sparebank.
A bank official Stale Halsne was subsequently charged in Stavanger as he had authorised loans of 70 million kroner to Svendheim, but Svendheim had long since hopped it. A book was written about the fiasco, ‘Sviket I Hjelmeland’ – ‘Betrayal at Homeland Bank’.

The blurb for the book read:

“The book Betrayal in Hjelmeland is a harrowing account of how a bank’s management did everything possible to get press, police and public to believe that they knew nothing about what Ståle Halsne did when he collaborated with Geir Underbakke and Kurt Svendheim and that he intentionally ruined the bank.”

Svendheim was sufficiently ‘self-financed’ to set up companies in Thailand and Pattaya where one of his lavish parties was raided by police and the extent of his lifestyle was revealed to all. Girls, fast cars, a champagne cellar.

No court cases followed so it can safely be assumed that the raid was a Thai police shopping expedition.

Along the way in Thailand, he crashed two companies – ‘Dream Apartments’ and ‘Holiday Dreams’-before New Nordic took off in a blaze of publicity afforded him by the local media which in Pattaya was generally run by businessmen out to make a buck, and, in some cases, outright criminals.

The media took his cash, praised his efforts, and nobody queried what was really going on or how he could guarantee investors 10 per cent returns for life.

Nor did anyone bat an eyelid when he went into business with a company called ‘Emerging Trends Advisors’ (LovePattayaThailand) using them to sell New Nordic Investment bonds.

Emerging Trends was founded by Swede by Roger Karlsson, now in custody in the United States having been extradited by the FBI. He has pleaded guilty to charges of defrauding 3,500 people in a multi-million US$ gold scam.

The company was later taken over by Briton David Simpson,  Karlsson’s partner, head of the Suffolk Mob and a former double-glazing salesman, whose frauds have been extensively written about on this site. Simpson has gone off the radar but was being pursued for cash by many.

Svendheim has left a lot of bricks and mortar in Pattaya so investors may hope to get some cash back. Those hopes are dependent on the insolvency administrator.

Claims in brochures for Nordic that ‘All investment options are fully secured by property or cash meaning that these are the safest types of investment available’ are completely spurious, according to Bond Review. There could, and probably will be, preferential creditors.

Below: Please save us!  Svendheim has left the business to his Thai directors (one from the Pattayap People Media Group)

Rehabilitation Case , Scroll down for English 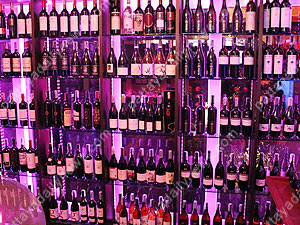 PATTAYA MAIL
Newspaper, website, TV channel. Indian Thai owned Probably the most reliable of the Pattaya publications but more than happy to take dodgy property advertising. The cousin of the owner could get stories withdrawn at a price and acted as a go-between to negotiate between ‘suspects’ and police also at a price. (Fast Buck).

Newspaper, website and TV channel. The owner Dane Niels Colov was a former member of the Copenhagen underworld in Vesterbro, Copenhagen. He was convicted of a number of offences, including pimping, vandalism, and coercion and was jailed. On his release and Under Danish law he was rehabilitated as he had not committed any further offences in Denmark for the required period. This rehab was easy to achieve as he was committing offences in Thailand.

He could produce a document to Thai authorities saying he had no criminal record and rose to the dizzy height also as President of the Rotary Club (Pattaya-Jomtien) and leader of the Pattaya Police Foreign Volunteers. He was actively involved in property scams and promoted the scheme of Harlequin Property, the owner of which David Ames is on trial in Britain, after being investigated by the Serious Fraud Office. Ames specialised in retirement homes in the sun for gullible senior citizens.

Radio station and news website. Set up by the former Corresponding Consul for the British Embassy Howard, who, as a tourist police volunteer, also starred in the tabloid TV series. ‘Big Trouble in Tourist Thailand’. Fairly reliable news outlet but obsequious. The owner admitted taking sums of around 40,000 Thai baht (£1000 approx.) for removing police stories involving foreigners from his website. He returned to England after dabbling in the go-go bar trade. (Fast Buck). 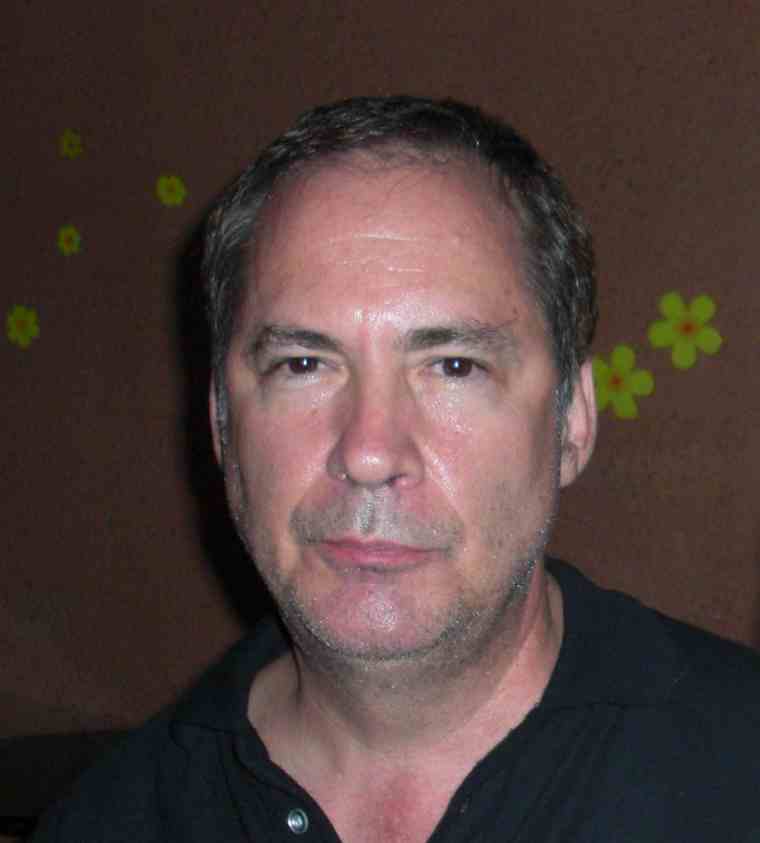 PATTAYA TIMES
Newspaper and website: started by Drew Walter Noyes, a U.S. citizen who fled from Wilmington, North Carolina, after being exposed by the local ‘Star’ newspaper for property frauds and totally inventing his own biography. In Pattaya he ingratiated himself with local police and claiming to be the only American lawyer on Thailand’s eastern seaboard started a law firm to help foreigners with their marriage and property deals. (He was never a lawyer but held a ‘legal seminar’ for expats in Pattaya to get new clients)

He also dealt in property, but his downfall came after he demanded 7 million Thai baht from a health and beauty spa in Jomtien Pattaya. If the owners did not pay up, he said, they would be raided by police who would find illegal drugs. Police monitored the pay-off. Noyes was arrested and charged with extortion and at court was jailed for two years.

However, he was given bail to appeal his sentence (normal in Thailand as the law suits the rich) and fled back to the United States with children by from two Thai ‘wives’. (Criminal) 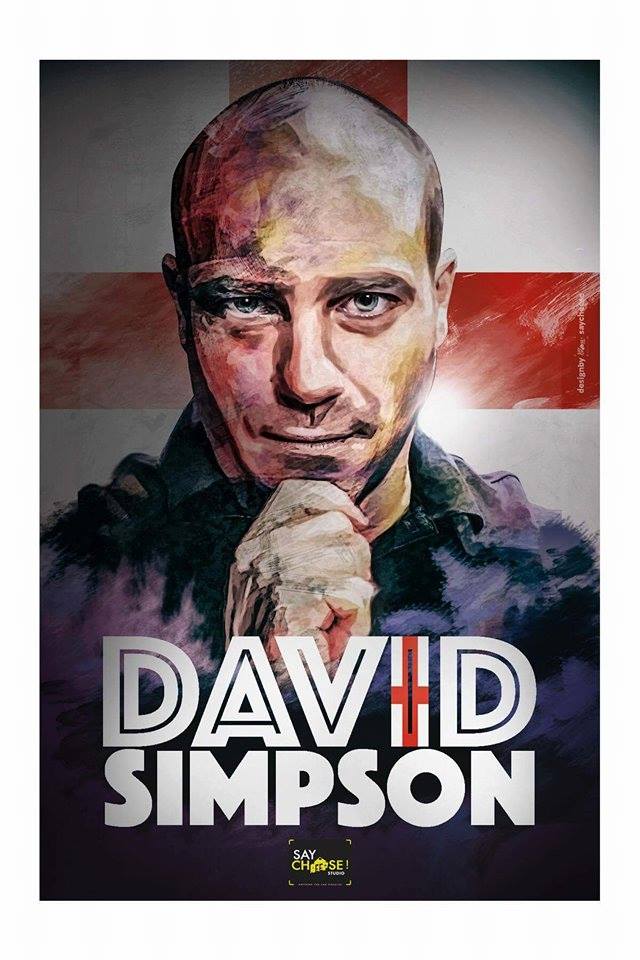 Website with news and property investment news. Run by Briton David Simpson leader of the ‘Suffolk mob’ 40 of whom moved en masse to Pattaya at Simpson’s instigation.  LovePattayaThailand was originally the brain child of an Australian but like the Pattaya Times and Pattaya People groups when Simpson got control he used it as a vehicle to promote himself and his dodgy financial products. The site eventually crashed.

Simpson was taken to the criminal court by the Australian original partner and one of his employees for fraud. But rather than impose a jail sentence the plaintiffs were given a choice by the judge to impose a fine and order 900,000 Thai baht compensation.

They foolishly decided to accept the settlement. But Simpson never paid the compensation and hopped it. Simpson said he never did LovePattayaThailand, where he was involved in a controversial child abuse case*. He preferred Kolkata.  But he had to flee there too after taking an education company, for whom he was allegedly raising funds, to the cleaners. (Criminal)

*No police action was taken on complaints of the child’s father.

THE PATTAYA NEWS.  Is the new kid on the block run by a Brit called Bryan Flowers who started off in Thailand as a sex tourist running rather gross ‘bar crawls’ in Pattaya. (There were prizes for who could have the most women in Soi 6, (Yodsak) Pattaya – a street of bars with rooms where punters could have sex with the ‘hostesses’. This went on until he says he got an infection and  ‘I got myself together’ .  That meant he opened his own bar in Soi 6 with financial help from his dad. Since then he has become a wheeler dealer buying up bar after bar until he formed the ‘Nightwish Group’ which controlled most of the bars in the street. 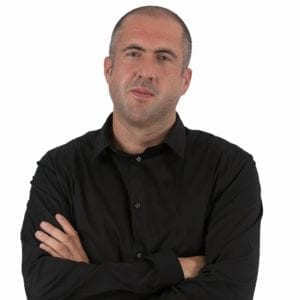 Technically the sex trade is illegal in Thailand but these were more illegal than others as sex was conducted on the premises. This meant substantial payments had to made to police or they could expect a raid, where police would throw up their arms in shock at was was going on inside and cart the women and staff off to the police station, where they had to pay fines. These could be substantial if the bar wanted to carry on.

With his news site, he says, he plans to go national. Not surprisingly he has trouble finding journalists – and content seems to be written by American partner Adam Judd who comes, perhaps ironically, from Human Resources.