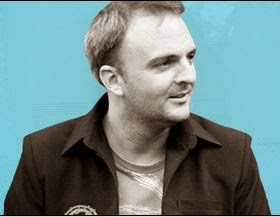 The International Transport Workers’ Federation (ITF) has described Thailand as being ‘on trial’ for allowing a company to prosecute a human rights defender who exposed modern day slavery in its canned fruit and fishing industry.


The ITF is demanding that charges against Andy Hall, a UK citizen who is due to stand trial in September on charges of criminal defamation, be dropped.

The criminal and civil cases were brought against Andy Hall by Thailand’s Natural Fruit Company following his research into the company’s operations for the report Cheap Has a High Price, published by the Finnwatch NGO (www.finnwatch.org). That report exposed smuggling of migrant workers along with the use of child labour, forced overtime and violence against workers.

ITF acting general secretary Steve Cotton stated: “Andy Hall’s investigations into the fruit and fish industries in Thailand helped expose shocking abuses there to a worldwide audience. He should be praised, not prosecuted. Thailand’s attorney general must act now to disallow this case, which is an example of blatant victimisation of someone for no greater crime than telling an unacceptable truth.”

He continued: “This legal case attempts to shoot the messenger and leave the true offender untouched. Thailand must address the unforgiveable abuses being allowed to take place on its lands and waters, and also ensure the right to freedom of opinion.”

ITF president Paddy Crumlin added: “Thailand itself is on trial. Its failure to act has rightly led to it being downgraded by the US government over human trafficking. If ever a country needed to allow defenders of human rights to identify problems, it’s this one. This impending trial is a national and international embarrassment and should be called off immediately.”

The ITF believes that Thailand should:

·         Ratify and implement ILO conventions 87 and 98, respecting workers’ fundamental rights to freedom of association and collective bargaining
·         Ratify and implement ILO Work in Fishing Convention No. 188
·         Ensure that all companies operating in Thailand and benefiting from Thai resources and employment markets work constructively with trade unions and workers’ organisations

June 7, 2014 Andrew Comments Off on ‘BUT I WAS AN OFFICER- YER HONOUR – CROSS MY FINGERS AND HOPE TO DIE’