Pineapple canner calls for jail and US$10 million damages.

From Andrew Drummond, Bangkok-
A British human rights activist and advisor on migration to Burmese heroine Aung San Suu Kyi was last night in hiding* in Thailand after
being accused of being a spy.
Andy Hall, 33,  employed
by the EU sponsored International Management Group, is wanted on criminal and
civil libel charges and faces jail and and damages of US$10 million after
exposing the appalling treatment of Burmese migrant workers in Thailand.
Hall, who is through IMG is also advising the Burmese government on migrant
issues, last year organized Aung San Suu Gyi’s trip to Mahachai on the Gulf of
Thailand – home to tens of thousands of Thailand’s population of 2.5 million
workers – many of whom have been exploited and some even murdered to save
employers cash.
The trip was a source of embarrassment to Thai authorities
as thousands turned out to greet her.
Many held up posters saying: ‘We want to go home’ and Aung
San Suu Gyi told them: “Don’t feel down or weak. History is always changing.
Today I will make you one promise—I will try my best for you. I came here first
because I want to see the condition of my children.”
Hall, from Spalding, Lincolnshire, was being sought after contributing
to a damning report about immigrant abuse in Thailand’s pineapple and fresh
fruit trade. 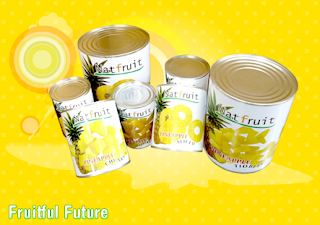 Hall was one of several contributors to a report by Finnwatch,
a Finish group which watches human and labour rights in companies supplying to
Finnish consumers, which reported that most of the labour in Thailand’s biggest
pineapple processing factory run by a company called Natural Fruit had been
trafficked from Burma, had few rights and were subject to abuse.
The company based in Pranburi in Prachuap Kiri Khan Province
of South Thailand is linked to the opposition Democratic Party in Thailand.
There have been claims that local police, immigration, labour officials and
district officials, all colluded together to exploit the cheap Burmese labour.
No action has been taken against Finnwatch or any other
contributor, but Hall is being pursued after providing information in emails
and giving a talk to the Foreign Correspondents Club of Thailand.
Natural Fruit Company, Thailand’s biggest pineapple producer,
which supplies the European fruit drink giant Refresco, and other companies
worldwide. 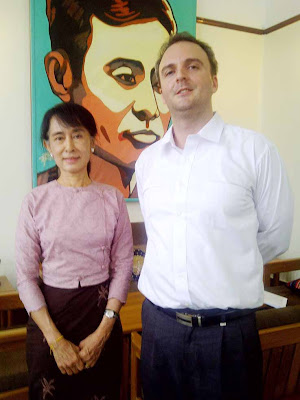 Hall said from a secret address today: “I have been pursued
because I was attached to a Thai University. But I do not have an address in
Thailand any more so they have had trouble serving the papers. But they are
looking for me sure.
“They may have trouble collecting their US$10 million as I have yet to pay off my student loan from the Faculty of Law, University of London.

“I have not been served with any summonses as yet but I suppose I will.”

Hall was dismissed from the Institute of Population and Social Research at Mahidol University in Thailand in January after meetings between fruit processing company executives and Thailand’s Thai Prime Minister Yingluck Shinawatra.
According to a Thai news agency report: “one of the major problems regarding Thailand’s trafficking situation was reported to be a ‘British activist’ spreading false information to the international community that needed to be corrected.”
Officials from the same organisations had described Hall as a ‘spy’ to University officials.
Titled ‘Cheap Has A High Price’ the Finnwatch report detailed specific human right abuses against Burmese (Myanmar) workers, but workers were fearful to be identified because of ‘strong forces’ at work.

Interviews were carried out in secret, as workers reportedly feared acts of reprisal following their participation in the research.

The report on mistreatment on migrant workers comes as Thailand is still having to deal with two horrific cases of Burmese domestic workers, aged 12 and 14, who were held in slavery and beaten and burned so much that they will never recover from their injuries.
Thailand has also been recently been accused of widespread abuses against the Rohingya Muslim minority group in Myanmar (Burma).
Earlier today it was reported that 120 Rohingya found floating off the coast of Sumatra.
A 21-year-old asylum seeker Farid Alam told AFP that their boat had been sabotaged by the Thai authorities.
He said the boat carrying the Rohingya, including six women and two children, had been intercepted in Thai waters three days after they left Myanmar around a month ago.
“They came onto our boat, threw away our food and petrol and then towed our boat further out to sea. During the night, they shot at us.”
Alam said there were originally 12 more members on the boat, but he believed they had been “shot dead and fell into the sea”.
COMMENT

So Andy Hall has to face both a criminal libel court and a civil libel court for helping produce a report for Finnwatch – and then later talking about its findings at the Foreign Correspondents Club of Thailand.

Yet no action is being taken against Finnwatch or any of the other contributors.

Apparently representatives of Natural Fruit filmed Mr. Hall’s presentation to the FCCT and that is on what they appear to base one of their cases.

That in itself can be qualified as threatening behaviour.


But how ridiculous launching a US$10 million court case after the Finnwatch report and Mr. Hall’s promotion of it.

Let me see what did a British father get when he and two of his children were gored by an elephant – one gored to death – at a tropical farm outside Pattaya. About 2 million baht- one million of which he had to pay out in costs! And it took him years.

He was told by the judge. ‘I am sorry these are the sort of damages awards we give in Thailand’.

Does somebody see the rank hypocrisy here?


And if he is found guilty will anybody believe the verdict?  Of course none of the Burmese labourers employed at Natural Fruits will give testimony against their employees. Bang goes their meagre income and possibly their health


There have been too many atrocities against Burmese citizens in Thailand, from the factories to the fishing fleets for anyone to believe Natural Fruits. That may be unfair to them. But its something they will have to live with.


But this latest action smacks of old fashioned Thai feudalism. You take on the bosses at your peril. So sad to see how slowly Thailand is moving into the 21st century. Whatever happened to the people’s movement?

* In hiding? Actually he is going about his business normally but avoiding people clutching official looking bundles of papers.

September 27, 2011 Andrew Comments Off on Nazi Schoolgirls Start A Heil Storm In Thailand

Mutiny on the 'Death Railway'