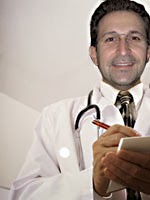 But listeners should always be cautious when it comes to stell cell treatment, a speciality of Dr. Richard DeAndrea.

No stem cell treatments (except hematopoietic stem cell transplantation) have been given approval by the U.S. Federal Drug Aministration, which means that they have not been tested for safety or for efficacy.

Although Dr. DeAndrea appears to be a highly qualified doctor, controversy still rages worldwide over stem cell therapy. Research is still in progress but there seems little doubt that the discovery of stem cells and what they could be potentially used for will be of great benefit.

Indeed the The U.S. National Institutes of Health’s Guidelines has stated:

But several countries have banned stem cell research and many physicians have been criticised for jumping the gun claiming results from stem cell therapy which have not been justified by any medical papers. A lot of things about stem cells have not been proven and Bangkok as a ‘Medical Hub’ is obviously  a prime place to offer treatment. Anyone seeking stem cell therapy is advised to do separate research. 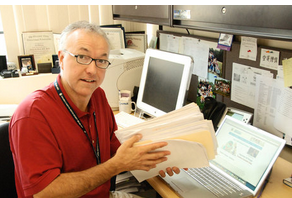 Dr. George Daley, one of the world’s leading stem cell researchers states that stem cell therapy is effective for only a few blood disorders, such as leukemias and thalassemia. But its being offered for us for use to treat diabetes or Lou Gehrig’s disease or Parkinson’s.

“We do about 80 of these a year, and about half the time we can cure the patient,” Daley says.

“The problem is, if you have diabetes or Lou Gehrig’s disease or Parkinson’s, stem cell treatments are not the answer today. We hope they will be in the future. But they aren’t today.”

A4M is not recognised by the American Medical Association and critics have accused the group of using misleading marketing to sell expensive and ineffective products. This is not something I am accusing Dr. DeAndrea of doing.

But GSCN in Bangkok, for whom Dr. DeAndrew works, is offering Stem Cell therapy as a cure for multiple conditons.

Recently CBS 60 Minutes exposed a doctor who offered stem cell therapy for cerebral palsy when there was no research justifying its use. The programme makers also exposed other sharks in the industry. Stems cell  therapy is not yet the Holy Grail or elixir of life.

Dr. DeAndrea, formerly in charge of the leukemia project at Adelaide University, is now described as the Director of Stem Cell Therapy and Regenerative Medicine at Pijavate Hospital Bangkok – above is what GSCN promises stem cell therapy can do.

Stem cell therapy treatments have been offered in Bangkok at prices in the region of US$40,000 and Thailand’s retirement visa foreigners could be a prize market – though perhaps the Pattaya Expat Club may not have that many potential clients with such an amount of money spare.

At least one American doctor has been banned from providing stem cell treatment in his practice. Some of his patients from Naples, Florida, received the treatment in Bangkok, others have been indicted for fraud.
The ban was made by the state of Florida. The State’s unnamed expert witness said:

““… I feel the standard of care was far below normal and dangerous, if not criminal. I feel that this practice should be stopped immediately,” the medical expert wrote. “I feel that it is unfortunate that a patient had to die in the state of Florida before attention was brought to this very dangerous, highly experimental, unorthodox, and not scientifically proven procedure.”

Stem cell treatment is controversial. But many critics complain on religious or moral grounds. The best source of stem cells is human embryos.

TEN THINGS YOU NEED TO KNOW ABOUT STEM CELL THERAPY

May 6, 2011 Andrew Comments Off on Scot who confessed to a killing to Andrew Drummond is extradited toAustralia