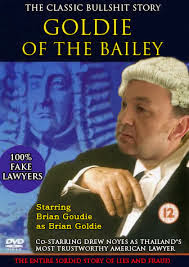 There are some times when real life is stranger than fiction. Times when you think, no, there was nothing quite as inefficient as say the UK. Border Agency, which used to catch illegal immigrants and then give them a piece of paper to turn up in court, in say a month’s time – believing they would actually turn up.


But there is. It’s Australia’s immigration department. And who was running rings about it? Yes our very own Brian Goudie, aka, Brian James Goldie, aka Goldie of the Bailey.

People reading this site will know how we reported that he was asked to leave Australia after being sentenced to six years for stealing in excess of A$150,000 from a Perth Mining Company by forging cheques.

Well that was true . What we failed to report was that, having gone to jail, he later sued the Aussie Immigration Service for false imprisonment.  Huh? No not for cheating his company, but for being an illegal immigrant – something he would be in Thailand if he had admitted his prison term, and his forced departure from Australia. He concocted his plan in prison.  He must have loved Australia a lot.

He was separately arrested for being an illegal immigrant. Quite how he was not I am not sure. It may have something to do with the fact that he had taken an injunction out against his wife for beating him up.

Immigration Officers came to the conclusion that he had slipped through the next and they went to the offices of his mining company in Perth and arrested him, apparently taking him by the belt of his trousers, out of their plush offices.

He subsequently sued for false imprisonment and the terrible humiliation he suffered – and was awarded AS22,000 – that’s A$7000 for each night he was detained. 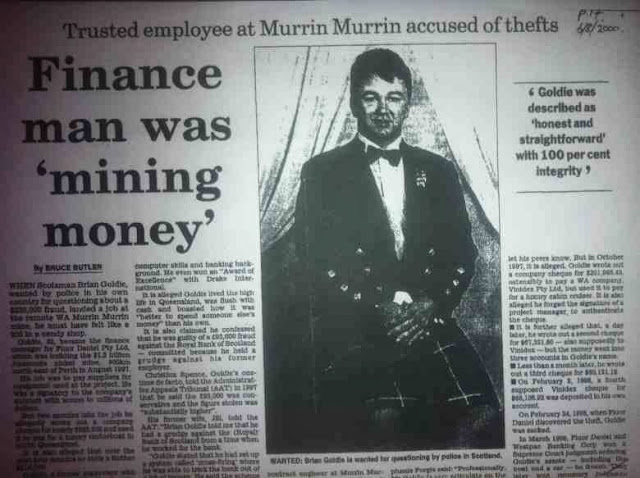 The case was picked up later by the Sydney Morning Herald which asked the question: “However unsavoury their characters, the courts have upheld individuals’ rights not to be imprisoned illegally. Which raises the question: how much are the cases still in the pipeline going to cost us?”

Good question. The newspaper detailed how a British paedophile was paid out A$160,000, later rescinded on appeal, after he spent the most horrific night of his life being tied up in jail.

And it reported that the Immigration Department had to pay out A$330,000 to seven Koreans who wanted to go home, but were not allowed to. 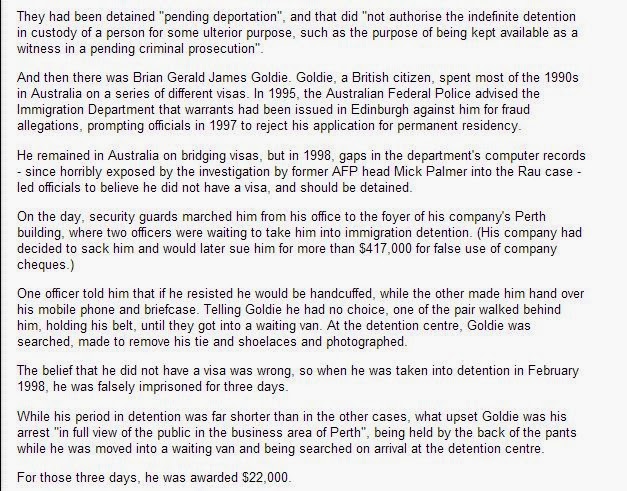 What’s worse there seemed to be another 100 cases of illegal detention which could 25 years to investigate.

You have to have a grudging admiration out of someone who can identify just how silly the system is and exploit every loophole, even though his claim to have been beaten up by his wife did not save him at the end of the day – and that he had a long time in prison to think up this wheeze. 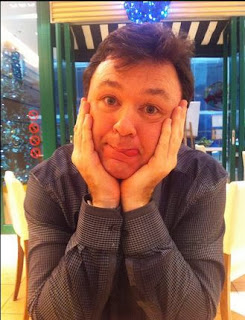 But he is still at it of course. He complained to the West Australia Department of Corrective Services that they had leaked information (about his parole report) to me and demanded and was granted an investigation. The Department subsequently contacted me and asked me where I got the details. I thanked them for confirming that these indeed were the parole documents of Mr. Goudie, but could not help in such a climate of attacks on whistleblowers etc.

However that is no particular secret. These documents are already lodged with the courts in Thailand in connection with another case Goudie charged his client a fortune for.

It’s a funny world and somewhat re-assuring to know that the Aussie Immigration department is on a par with the British one, where the right hand does not know what the left is doing…and there is a future out there for any budding legal hustler.

I wonder if Thailand can get rid of its foreign crooks.

March 7, 2013 Andrew Comments Off on INVESTORS WHO PUT MONEY IN INCENSE – SEE IT GO UP IN SMOKE