THIS IS WHAT YOUR IFA WAS TOLD!

Independent Financial advisers selling the LM Managed Performance Fund were sent glowing references to how well the fund was doing when it was just months away from collapse.


Peter Drake the LM supremo sent them press cuttings showing how people were being paid back and how work was progressing in their investments in their building project on the Gold Coast.

But any sensible IFA should have realized that the newspaper promoting Drake’s business were the local ones covering Australia’s Gold Coast – the Gold Coast Bulletin and the Murdoch owned Brisbane newspaper the Courier-Mail.

And the stories used by these newspapers were clearly PR blurbs for LM and a private housing project which would never be completed.

But most IFAs either swallowed Drakes publicity or were complicit due to greed – and the journalists – well they were filling space their ‘quiet news’ patch.

More and more the international financial industry is looking like child’s play – with the victims being elderly or middle aged foreigners who have put their money in QROPs schemes.

LM in the Media

Should you have missed them, we have provided below some recent media highlights across the LM group.  These include:

Progress we are making with our closed LM First Mortgage Income Fund and asset sales program;
The real Peter Drake;
Completed and upcoming global registrations;
Imminent product launches; and
Significant onsite and behind the scenes works for our A$1bn Maddison Estate, and the continued growth of the LM Managed Performance Fund which now holds more than A$400m funds under management.
Recent media coverage: 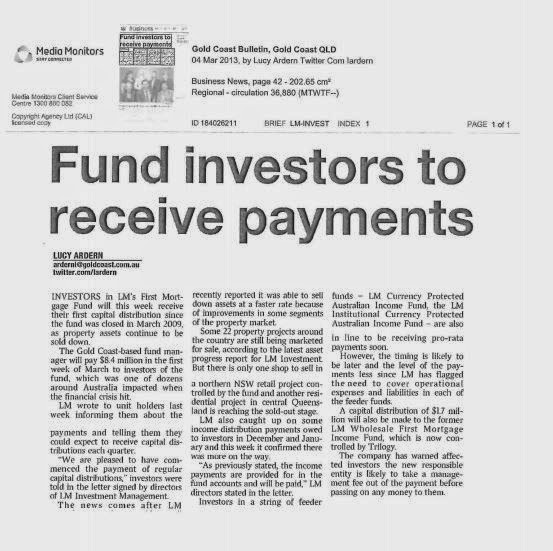 “Investors in LM’s First Mortgage Income Fund will this week receive their first capital distribution since the fund was closed due to the global financial crisis, as property assets continue to be sold down.” view entire article 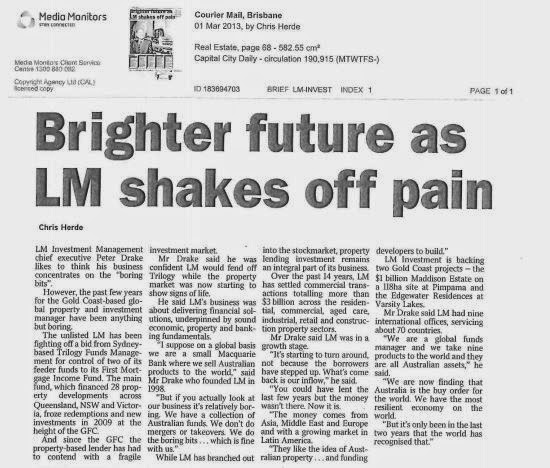 “LM chief executive Peter Drake likes to think his business concentrates on the “boring bits”.  However, the past few years for the global property and investment manager have been anything but boring, with the company now finding Australia as the buy order for the world.” view entire article 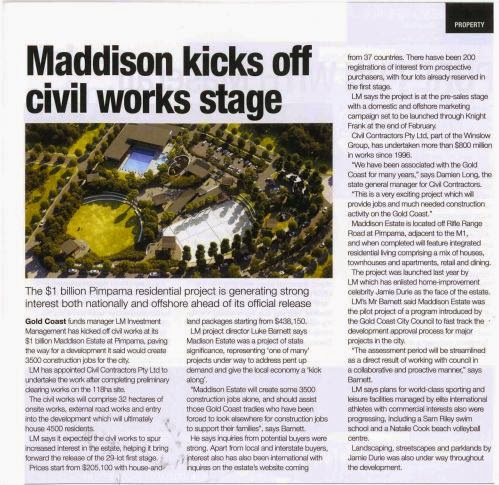 “LM has kicked off civil works at its A$1 billion Maddison Estate at Pimpama, paving the way for a development that will create 3,500 construction jobs for the city.  Civil works comprise 32 hectares of onsite works, external road works and entry into the development which will ultimately house 4,500 residents.” view entire article 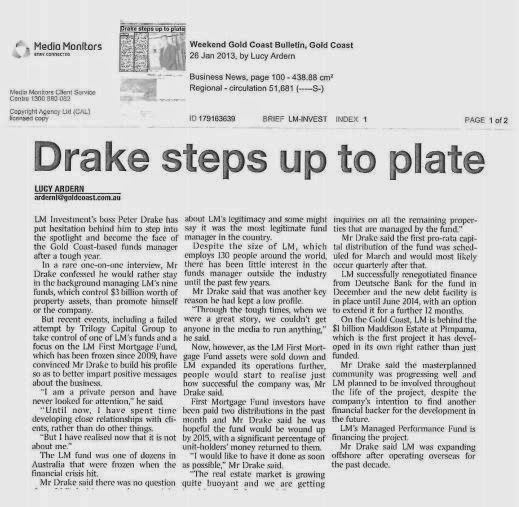 “LM’s boss Peter Drake has put hesitation behind him and is convinced to build his profile to better impart positive messages about the business.  As LM expanded its operations further, people would start to realise just how successful the company was.” view entire article 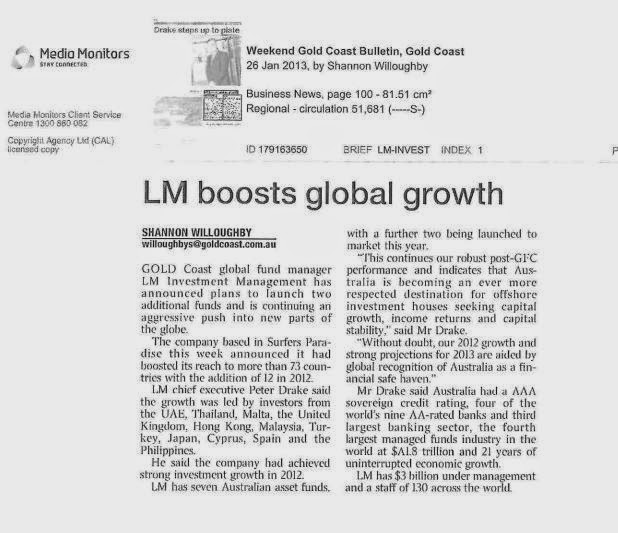 “LM has announced plans to launch two additional funds and is continuing an aggressive push into new parts of the globe.  It has boosted its reach to more than 73 countries, with the addition of 12 last year.”view entire article 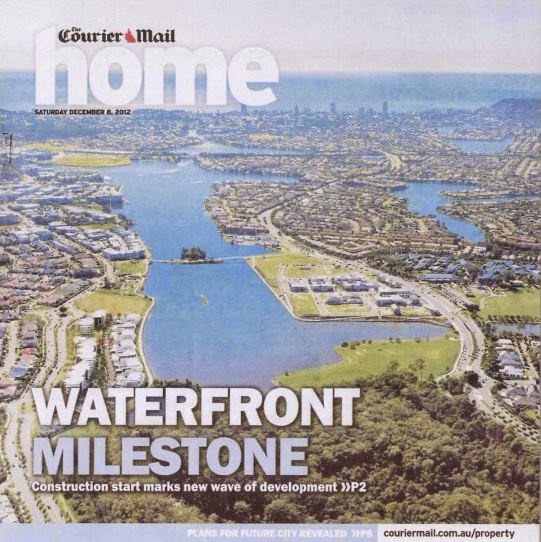 “A$75m Gold Coast residential project is now under construction after off the plan sales reached more than A$25m. ‘Edgewater’ has attracted the financial backing from LM.” view entire article 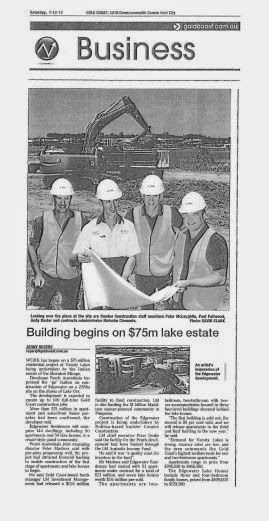 “Work has begun on a A$75 residential project undertaken by Pearls Australasia, with more than A$25m apartment and waterfront home presales confirmed.

LM has approved an A$13.6m facility to fund construction, and says it is a quality asset for the LM Australian Income Fund.” view entire article”.

Sending out stuff like this is absolutely madness and thoughtless when u owe ppl money as u always tend to do – I just can’t believe I am being sent this rubbish about Peter Drake.. I just want my clients money back…. I do not care about your expansions as being part of that would be rather silly based on the number of times we have been let down. I realise that the old big upfront commissions are still convincing some brokers to invest money with a company with so many problems… the questions would have to be – why else would u choose LM? I mean there are other alternatives so why given the mess ups with the fund, with Trilogy, the negative press and the fact your problems with currency hedging constantly leading to failure to pay back clients… I mean why? Why? Why? It is sheer madness… I just want to hear when my clients will get paid and back.. Not the rest of the nonsense.

PUBLISHED IN CONJUNCTION WITH LINDELL LUCY AT WWW.THERAPEOFHONGKONG.COM

November 20, 2014 Andrew Comments Off on THE LM FIASCO – ASIC BEARS ITS GUMS

August 15, 2014 Andrew Comments Off on CONVERSATIONS WITH A FUND MANAGER PART I – TO LIE FOR THE ‘GREATER GOOD’