An American ‘Walter Mitty’ who has been sentenced to two years in jail for extortion has announced that he is off to South Korea to do charity works in his role as President of the Lions Club of Bangkok – Silom 310D.


Drew Walter Noyes, who has a highly imaginative 7000 word bio on naymz.com and who was sentenced last month with his common law wife Wanrapa Boonsu, says on Facebook that he is due to attend the  Orient and South East Asia Lions Forum which is being held in Incheon.

Delegates will be staying at the Hyatt , Incheon, and the conference drink will be ‘raspberry wine’ while delegates have been asked to foster and imprint the image of ‘ tolerance’– something which they have already done apparently.

Earlier this year he applied to the court to travel to the United States. He flew via Seoul with Boonsu and part of his family – He has nine children in Thailand – and returned less two children.

Both Noyes and Boonsu are on bail of 500,000 baht bail and will have had to put down a considerable top up to leave the country. 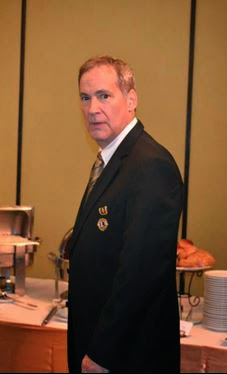 On his last trip he published pictures on his Facebook page of Thai military escorting him through Suvarnabhumi airport but assurances have been given that the military concerned were not on official business.

In what seemed to be credibility boosting moves Drew Noyes attempted to join Rotary but was refused. His Optimists Club of Pattaya was deregistered by Optimists International within a few months of its birth and he failed to get elected to the board of the Pattaya City Expats Club despite being a founding member. This followed complaints by members of property fraud relating to his marketing of National Housing Authority property in Thepprasit Road, Jomtien. on Thailand’s eastern seaboard. 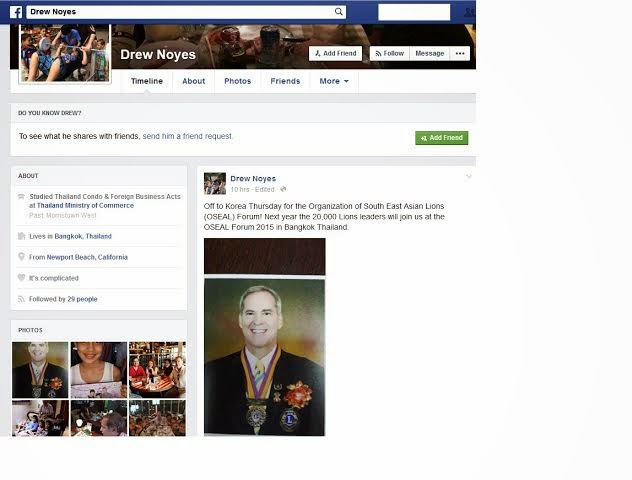 Noyes before arriving in Thailand had been exposed in the Morning Star in Wilmington, North Carolina.

His CV or biography, said the newspaper, contained ‘myriad lies’ and he had been involved in dodgy property and share dealing as well as being accused of sexual harassment, demanding oral sex from a junior member of staff, threatening to cut her hours, which he did after she refused, the woman’s lawyer was quoted as saying.

The newspaper story ran under the headline ‘Trouble Follows Developer’ and ran on pages one and three.

Noyes has denied he was convicted of extortion to the Lions Club. “I have an open case for which there is no final verdict,” he told them.

The fact that he has been moving his children to the States might suggest that is his ultimate destination. 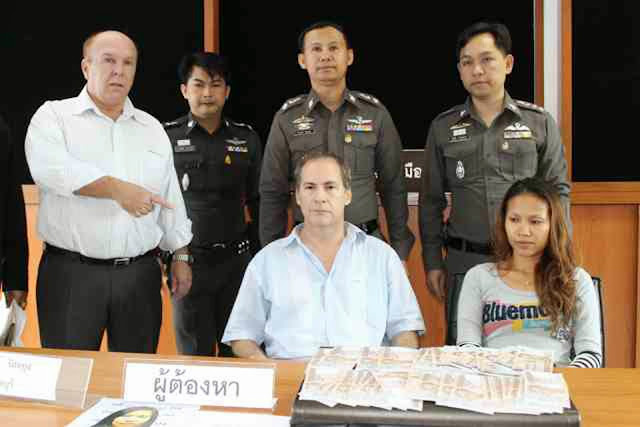 May 14, 2015 Andrew Comments Off on PATTAYA’S ‘VERY BEST LAW FIRM’ BOSS ASKS FOR DELAY. HIS LAWYER’S MUM IS SICK