I am not sure how many times have I seen the Australian authorities announcing they have sent police officers over to Thailand yet once again to train Thai police in how to deal with sex crimes.

They have done it several times, and so have the Brits, Americans, and others.

Several people in the charities in the business of protecting the victims of sex crimes, both adult and juvenile, have voiced to me the futility of such exercises.

Officers volunteer to go on them I believe because, well if they’re out of town it’s a trip. And if they are in town, it’s a change. They probably get stickers and certificates too.

There of course has been no noticeable change in how police treat victims of sexual assault, and what better case to illustrate the point than the recent case of an Australian woman who said she was abducted in the Khao Sarn Road backpacker area of Bangkok and taken to a derelict building and raped.

What is the first things the police do?

Well they put out a statement saying essentially, they do not believe her story because she was in the Khao Sarn Road area and caught on CCTV and thus could not have been at the rape location at the same time.   And then they also announced her story was suspicious because she said she was accosted by a ‘tuk tuk’ driver, but an alleged suspect was a motorcycle taxi driver.

No only that that they released the video of her in Khao Sarn Road so the Thai press could have a field day writing about foreigner who was hamming up a rape claim.

Yet on the video it was quite clear that she, clearly drunk. Thus many people on forums have also said it was her own fault.

Women have been known to make up stories of rape. But that it quite rare. In in those cases it is either invariably an act or revenge against someone they know, or perhaps to cover up their own discretion.

If foreign women knew what I know about the conduct of Thai police in previous rape cases they probably would not report them at all.  The problem is that Thailand appears deceptively safe.

But the Australian woman courageously stood her ground.

And lo and behold the police then announced they had caught the rapist and he was a person who had just been released from prison for serving a sentence for a similar offence.

Automatically Thai police also discredited the account of a young American woman Alexandra Fairfield, 26, who said she was abducted in Bangkok, and fought off a sex attack. She said she had been locked in a room but got away by jumping from the second floor and hiding in bushes.

A GoFundMe page raised some US$7000 to get her back to the USA.
Alex did not make a police report because she did not trust the police. One of the alleged gang wore a brown uniform. However, given the fact that this was her first trip to Bangkok and that she admittedly was drunk or had been slipped a mickey fin, on her return she gave a plausible account of her ordeal.

The money raised, an amazing tribute to the citizens of Ravenna, West Michigan, paid for her trip back and the surplus was paid to a charity dealing with sex crimes in Thailand.
Thai Police also discredited her report, but as they did not have a complaint from her, they were not on particularly shaky ground. 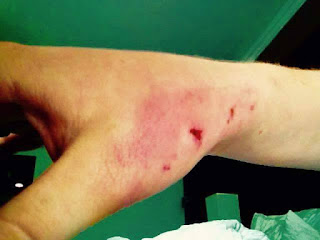 What was worse was the male foreign residents of Thailand who were quick to discredit her story.

One such critic was Stickboy Bangkok an elderly Scot who makes cash out of the boiler room boys advertising their sex venues in his column which he writes from dredging the local media and adding his own colour and slant. He wrote:

“The problem is Alex Fairfield’s story has more holes in it than a golf course.

‘I’m not saying the young woman is lying, just the story, if true, lacks many important details and for me doesn’t add up….

“Hope Miss Fairfield and her friend get home safely and she wasn’t harmed but her story, in my opinion, is the work of her imagination after something of her own doing went pear-shaped.

“Jumping balconies and hiding in bushes all night my arse…”

Stickboy also queried the money which was raised, as if, well, he did not have it himself. And did he really hope she got home safely, or was that a just a softener for his accusation that she had made it all up to cover her own actions?

The fact is that Thailand is dangerous for women. It’s a fact Thais know, especially Thai women many of whom will not get alone in a cab at night unless they know the driver and have pre-booked. 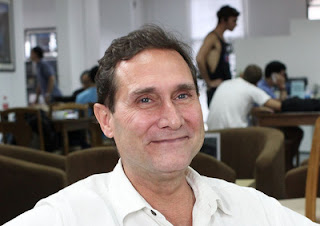 In another foreign case the Bangkok Post will be running a story today confirming that Hua Hin police say there was no foul play in the case of the death of James Hughes, a lecturer as Webster University, Cha-am. The pathologist had confirmed that he had died from ‘fatty liver disease’.

Hughes, was found dead in the Poung Pen Hotel in September. His head and body had severe bruising and lacerations.
After three months of total lack of clarity in this case the deceased’s friends will not be letting it rest there.

There has been some disquiet about the quality of work at the Police Hospital in Bangkok after foreign pathologists expressed disbelief at evidence presented in the trial of two young Burmese for the murder of British backpackers Hannah Witheridge and David Millar on the island of Koh Tao.

June 25, 2015 Andrew Comments Off on THAI MILITARY MOVE IN ON FOREIGN PROPERTY FRAUDSTER –

October 9, 2013 Andrew Comments Off on THAI POLICE WRAP UP CASE OF BRITISH PENSIONER WHO AWAITED HIS OWN MURDER