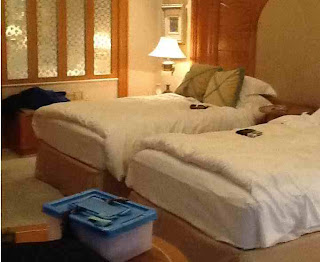 Two daughters told today (Saturday) how they brought their  72-year-old millionaire father home in a large Tupperware style box after he lost his fortune to his young Thai bride.

(Scroll down for video)

Their father, former property and night club owner David Farrell, ended up with nothing but his state pension, after marrying 26-year-old Kanorit Chiangchai – the impoverished daughter of a rice farmer.

All he had to lose was the roof over his head and attempts were made to take that too, said the two sisters,  before his beaten body was found on the second floor of his home in Bang Saray, near Pattaya, Thailand.

Lois Farrell, 45, and Nicky Farrell, from Brighton Road, Wallasey, Merseyside, have asked police to investigate the bride their father had just divorced.

Said Lois: “We took our dad home in a butty bin. He stayed with us in hotels in Thailand and on the aircraft before we had a service for him back home.

“When I last visited him his house was beautiful with lots of works of art and pre-Raphaelite painting.  All that had gone. All that was left was tacky furniture.

“We warned him about about marrying such a young girl. But he said ’It’s my time now’ and we thought, well he deserves it.”

The sisters said they did not realise their father’s marriage had collapsed. They had divorced in May. They believe their father had been embarrassed to tell them. 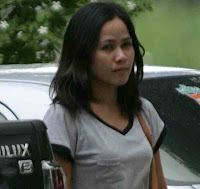 In the divorce settlement David Farrell gave his Thai wife (left)  three cottages and a small apartment block worth £400,000. But he kept onto his pool villa, which with the surrounding land was worth about the same.

Before his death however in an sms  his wife had also demanded he hand over the house ‘before you dead’ which she had already tried to sell behind his back but failed to do so because she needed his signature, said Lois.

And neighbour Alan Jameson, 50, from Newcastle,has come forward to say that Farrell was terrified he was going to be killed.

“He was scared of her and her family. He had put three heavy locks on his bedroom door, but in the week he died he stayed two nights at my house.”

The sisters fear that the police investigation has been hampered as Koranit’s cousin is a policeman at the station where the enquiry is based. While trying to sell the house a policeman, they said, had also accompanied Koranit.

They had found his house deeds in a secret compartment

Said Nicky: “I had a straight woman to woman talk with Powder (Kanokrit’s nickname). Well it was more woman to naughty girl. We are Liverpudlians. We put it to her straight. She had no answers. She had lots of lies but when we proved she was lying she began crying. 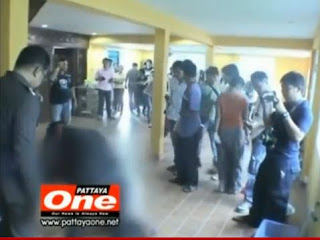 Police in Sattahip say enquiries are continuing but they are still awaiting the results of the post mortem and forensic tests.

These may reveal little or too much. Pictures taken when the police went to the scene of the tragedy show many people including reporters and photographers trampling about.