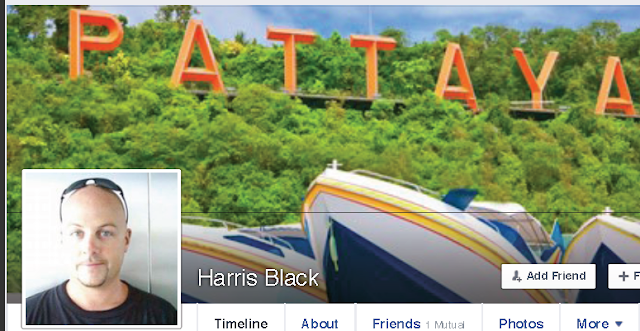 Harris Black, the famous Canadian con man who has been known to pose as a doctor, priest and even a nun to carry out his scams. is claiming on Facebook that he has been stiffed in Pattaya.

The alleged guilty person is the boss of a language school to which Black had applied so he could continue his rogue life in Thailand on an educational visa. 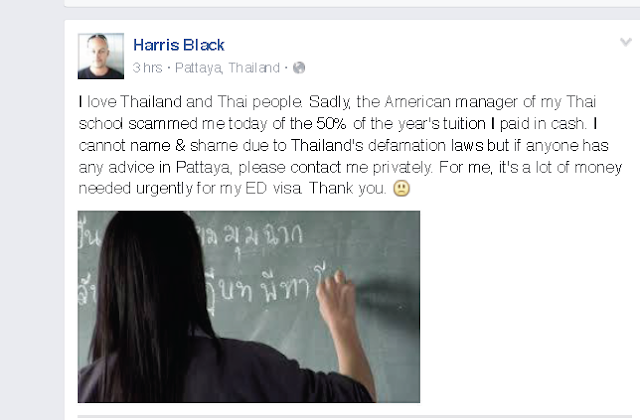 Black is of course enamoured with the women in Pattaya, posting his ‘conquests’ or rather ‘purchases’ on the net5 and has been living on various tourist and education visas in the country since 2007 – with a few foreign trips paid for out of his scams.

He says ‘I love Thailand and the Thai people’ and while he put up pictures of his women he also of course includes several posts alluding to the Thais general lack of intelligence.

One of his scams was to create websites slagging off his enemies and take cash to take them down.
He says due to Thailand’s strict defamation laws he cannot give details. But he passively invites others to do his dirty work for him…and sure enough along comes a sucker. 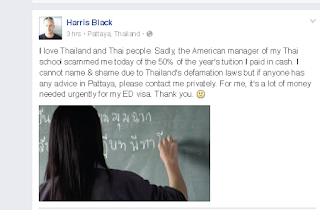 But you can read about Harris Black here  at Harrish Black Watch (no not a Scottish regiment) if you have a lot of time on your hands. This site is dedicated to him and takes you through most of his scams, or here. and here on this website.