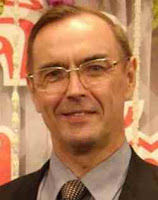 A British scientist who took on the Director of Thailand’s National Innovation Agency for copying his academic thesis has had to report death and kidnap threats to his local police station in Bangkok.

Professor Wyn Ellis said today that he was alarmed by telephone calls he had received while taking a long lie in on a day off.

“The calls woke me up. A man in Thai was saying how I was going to be killed but first my wife and I would be kidnapped. I thought, this is a bit strange.

“He said in Thai that he was waiting outside and would soon be coming for my wife and I.”

” He does not sound like a regular hit man. But I was concerned enough to make the police report.“

Wyn Ellis survived unscathed from nine assorted, but mainly libel,  cases brought against him after he exposed  NIA director Supachai Lorlowhakarn for copying most of his thesis on organic farming to obtain his own Phd. 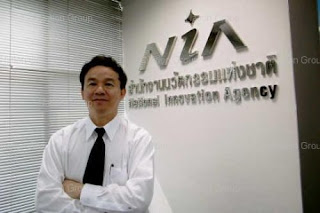 A huge stone was also was also used to attack his car on his way to one of his many court cases.
He had given police two telephone numbers which will almost certainly be 1-2 Call.

While Supachai has been stripped of his PhD and convicted, fined and given a suspended sentence on a criminal charge of forgery, he remains Thailand’s Director of Innovation.

Below: ‘STICKS AND STONES
‘

There is no known connection linking Supachai to the recent threats.

If a Thai national thinks his country may have been dishonoured by Ellis’ allegations and subsequent success in the courts the caller could have easily been acting under his own initiative.

My Five Years of Hell – British scientist in Bangkok