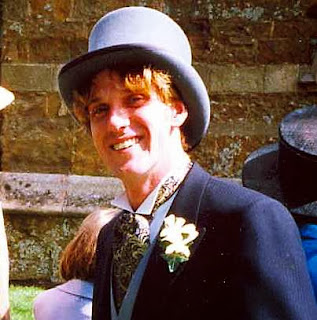 The Thai Supreme Court has come down in favour of a
62-year-old mum from Hereford who has been fighting for eight years to have her
son’s killer jailed for murder.

The Foreign and Commonwealth Office have informed Mrs Yvonne
Hart, of Belmont, Hereford, that the Supreme Court has confirmed a 15 year
sentence on Uten Duangnoi, a Thai man who stabbed her son Richard Collins, 35,
to death in the Thai Province of Krabi in 2005.
Duangnoi was originally sentenced to 15 years jail but the
sentence was halved because he pleaded guilty.  Mrs Hart had taken to the case to the Appeal
Court to have the full sentence imposed. which it was.
But then Duangnoi appealed to the Supreme Court to have the
sentence cut again. All the while he has been on bail.
Mrs Hart. A member of SAMMA, Support After Murder and
Manslaughter Abroad, said tonight that she was ‘emotional but happy and
relieved.”
Richard Collins had been working in Thailand as a supervisor
on construction of Bangkok’s International Airport Suvarnabhumi after initially
working as a dive instructor in Krabi.
He had gone to Krabi with his Thai girlfriend and had been
picked up at the bus station by an old friend in the diving community Sunitsa
Sririrot. Sunitsa’s estranged husband was Uten Duangnoi, who flew into a
jealous range when he saw Richard Collins driving the car he had bought her.
Richard was stabbed seven times and died before his arrival
in hospital. After the verdict Duangnoi was taken straight from the court to the jail.
* Mrs Hart emailed to say she would thank to like this site and its readers and especially Graham Smith who generously offered to pay the costs of someone to go to the court and represent the family.

LIBEL AND EXTORTION AND ORAL SEX AT PATTAYA NIGHT COURT

January 29, 2013 Andrew Comments Off on LIBEL AND EXTORTION AND ORAL SEX AT PATTAYA NIGHT COURT