GOUDIE APPOINTS FORMER MELBOURNE PIMP TO BE HIS REPRESENTATIVE

A British citizen who was been operating a law firm in Thailand claiming to a British barrister and former Captain in the Royal Marines said he will not go to Pattaya Provincial Court to present a  case against the journalist who exposed him.


Brian Goudie, 47, who was jailed in Australia for six years under the name Goldie  for defrauding his employees and spent time in Hakea Prison, WA, instead appointed as his representative David Hanks, 65, former boss of the Masquerades Brothel in Keysborough, Victoria.

Today at Pattaya the case was adjourned for a month.

Hanks has taken a case against Andrew Drummond for calling him a former pimp – but at a hearing yesterday he admitted he was the licensed owner of the Masquerades in Keysborough, a suburb of Melbourne.

Goudie, from Falkirk, went to Australia under the name he was born with Brian James Goldie in the 1990’s not long before Scottish Police issued a warrant of arrest for him for an alleged fraud on the Royal Bank of Scotland.

He was ordered to leave Australia after serving his sentence on three counts of stealing from his employers and went to America where he boasted he had sold a system to the U.S. Navy to clean all their guns – Cleenbore. 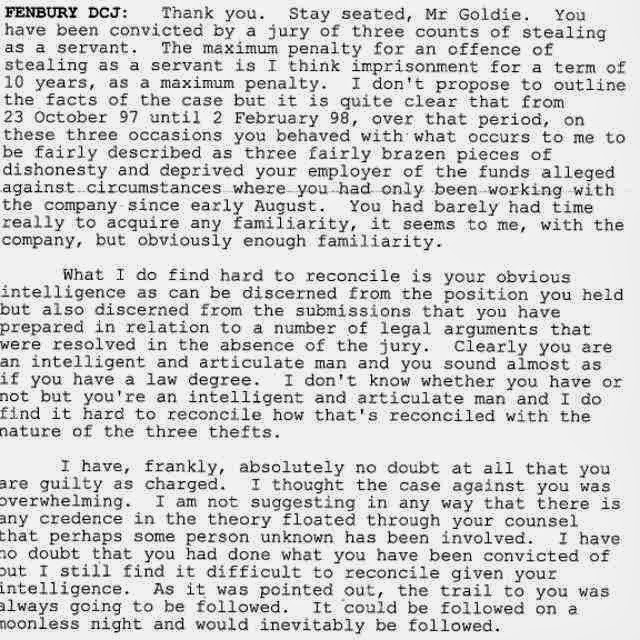 He later turned up in Thailand where he opened a law firm Alba Laws with supposed offices in Bangkok, Koh Samui, and Pattaya. Recently he has not been seen anywhere near addresses, an office service, a pub formerly owned by Belfast drugs dealer Jimmy ‘Doc’Halliday, and a deserted house,  but instead spends most of his time in Koh Samui commuting between Lamai, Bophut and Chaweng.

Last week David Hanks was in Koh Samui with Goudie.  On his return this week Hanks boasted that he was a friend of Scot Walter ‘Whacky’ Douglas, (once wanted by police forces of three countries in connection with drugs) as was Goudie, and announced there would be a reception committee for Drummond when he attended court there, where Goudie is presenting similar charges. 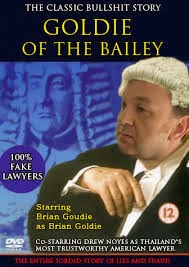 Goudie has already had libel charges against Andrew Drummond dismissed at Pattaya Court.

He is suing Drummond for reproducing a story about him in the Scottish Sunday Mail and claiming he is a felon on the run.

No such claim has been made on Drummond’s website nor was it likely to be. The arrest warrant issued over 20 years has been withdrawn now obviously – not least because all the persons named in it , with the exception of Goudie, are in Australia, which is as it should be following old traditions.

Its been a good week and thanks again to so many people who have supported me and a couple of special people who have in fact stopped me going to jail because of the bail demands in these cases.