At an FCCT panel discussion on Thailand’s Criminal Libel law yesterday, Dr Wyn Ellis called on the Attorney General to deny a request from Dusit District Prosecutors to file a Supreme Court appeal against his acquittal on a charge of defamation.


Dr Ellis was sued 9 times for defamation and ‘violation’ by Thailand’s National Innovation Agency and its Director, Supachai Lorlowhakarn, after alleging that Supachai had plagiarized his work as a UN consultant in his PhD thesis at Chulalongkorn University. Supachai’s degree was revoked on 21 June last year.

Dr Ellis explained that none of the cases had ruled against him except one. In the latest case (Black case 1020/2553) Dr Ellis was found guilty of defamation after informing the Deputy Prime Minister, Korbsak Subhavasu in 2009 of plagiarism and criminal forgery complaints facing Supachai, who at the time was a candidate for the post of Director of the Office of SME Promotion. According to evidence, Supachai himself withdrew his candidacy. 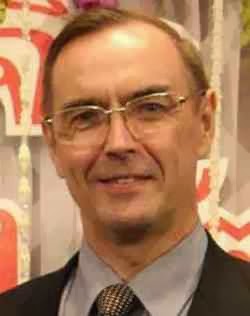 However on 11 July 2013 the Court of Appeals quashed the conviction, ruling that Dr Ellis had acted legitimately to protect the public interest.

Commenting on the verdict, Ellis said, “I am grateful to the Appeal Court for its clear ruling that my statements were factual, and in the public interest. The verdict also noted that the prosecution had not even brought Kh Korbsak to testify to the court. The verdict underscored the fact that public figures should be open to public scrutiny and fair critique in relation to their fitness for office.”

Dr Ellis also disclosed that he had submitted a letter to the Attorney General requesting fairness, including the recent Appeal Court verdict that upheld Supachai’s conviction for criminal forgery.

He added, “I can see no valid factual or public interest justification for pursuing this prosecution further. I have made my case to the Office of the Attorney General that citizens should be protected, not criminalized, for reporting wrongful acts by public officials. I am confident that the Attorney General will not be influenced by anything but the facts, and will exercise his discretion transparently and fairly.”

The fifth- and final extension of the deadline for Supreme Court appeal expires tomorrow. If no appeal is received by then, the Appeal Court ruling will be considered as final. 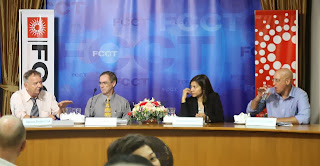