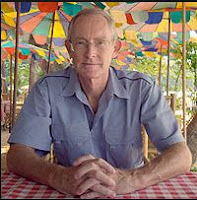 On December 16, 2013, the Thai Navy filed criminal defamation and computer crime charges against journalists for a story about abuses against ethnic Rohingya migrants in Thailand.

The charges centered on a paragraph in the Phuketwan online newspaper on July 17 citing an investigative report by Reuters alleging some navy officials “work systematically with smugglers to profit from the surge in fleeing Rohingya,” and that they earn about 2,000 baht (US$62.50) per Rohingya “for spotting a boat or turning a blind eye.”

“The Thai navy’s lawsuit is a reckless attempt to curtail journalists’ reporting on alleged human trafficking by its officers,” said Brad Adams, Asia director at Human Rights Watch. “Unless the government withdraws the case, its impact will be felt far beyond those reporting on abuses against the Rohingya – and could have a choking effect on all investigative reporting in Thailand.”

The case was filed with the Vichit district police station in Phuket province, which issued summons for Alan Morison and Chutima Sidasathian at Phuketwan. On December 18, Morison and Chutima reported to the police. They denied all charges and were fingerprinted. They are due to reappear at the police station for further investigation on December 24.

If convicted on the criminal defamation charges, Morison and Chutima could be imprisoned for up to two years. Under the Computer Crime Act, they face a maximum sentence of five years in prison and a fine of up to 100,000 baht (US$3,125).

Journalists from Reuters news agency could face similar charges connected to the original article cited by the Phuketwan article.

The Johannesburg Principles on National Security, Freedom of Expression and Access to Information, an influential set of principles issued in 1996 by international legal experts, state that “No one may be punished for criticizing or insulting … public officials, … unless the criticism or insult was intended and likely to incite imminent violence.”

“The Thai navy should understand that in a democratic society, media scrutiny of the security forces must be possible,” Adams said. “The defamation suits against Morison and Chutima should be dropped immediately.”