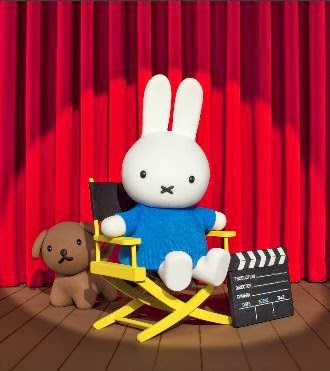 Our favourite re-assuring and credible American Drew Noyes is to go to trial on February 4th for cheating a Dutch businessman and film producer out of 2.5 million baht.
Noyes,57, is being taken to court along with Wanrapa Boonsu, and PAPPA Co Ltd., with misappropriating the cash from Theo van der Schaaf.
van der Schaaf, one of the team behind the Dutch children’s cartoon rabbit which was made into  ‘Miffy the Movie’ was in dispute with his former girlfriend and on top of his fees had given Noyes and Wanrapa the cash to settle with the girlfriend so he could get possession of his house in Hua Hin.
Noyes, it is alleged, never offered the cash, believing he and Wanrapa were much more worthy causes.
When van der Schaaf started legal proceedings he was accused on Noyes’ BlogSpot site of being behind a pornographic film company called ‘Miff Productions’.

In the van der Schaaf cases Noyes and Boosu claim that the 2.5 million baht which they banked was part of their normal legal charges.

It seems ‘Miffy’ will have his day after all.

October 19, 2011 Andrew Comments Off on A Tale of Island Police And The Most Credible American Professional InThailand

May 8, 2012 Andrew Comments Off on Ageing Former ‘Pop Star’ Fakes His Own Death To Open Pattaya Bar