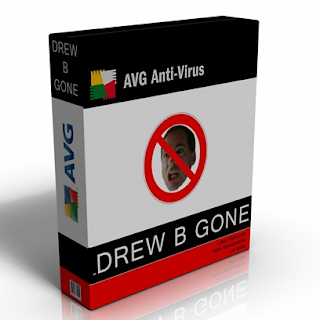 Capitalising on the seven day internet silence of Pattaya Times founder American Drew Noyes some wag is now promoting a new anti-virus programme that, I guess, beats as it sweeps as it cleans.

With the files in Pattaya Provincial Court now overflowing with pictures of the man himself with the U.S. Ambassador to Thailand, the Mayor of Pattaya City, top police and immigration officials, the virus programme, Drew B Gone is being heralded as the ultimate noyes abatement product, which could be applied to deal with all fake US lawyer viruses.

The manufacturers are understood to be currently working on a second product ‘Awa-an-Bile-yer-Heid-Brian’ due to the surfeit of fake Scots lawyers in Thailand, including Messrs  Brian Goldie and Goudie, which will be an extension to the general U.K  product targeted at struck off lawyers, called,  ‘Bu-Ger-Orf-British-Law’. This product was launched in the Thai resort of Pattaya as well. 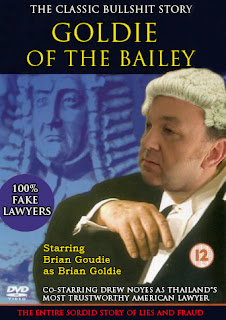 A spokesman for AVG producers of Drew B Gone said: “We expect excellent sales.

“Future versions of our software ‘Detecto-Extorto’ may even allow  buyers to detect the Drew Virus even before it arrives allowing them to take the appropriate action. 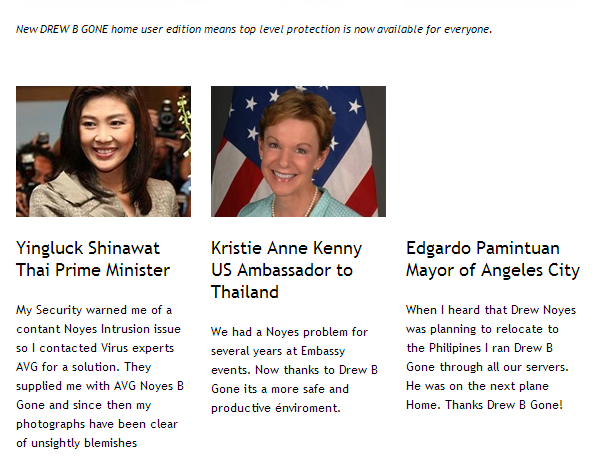 CAMERAS! POLICE! ACTION! AT THE ONE STOP SERVICE CENTER (SIC)

Phones in our offices were buzzing from shortly after 3 p.m.. Lots of police. cameras etc.. And somebody’s collar being felt outside the premises of PAPPA and Noyes’ One Stop Service Center.

The drama however was a television one only. Crew from India I believe.

The first three units are occupied by a 7/11 – The last two belong to PAPPA and One Stop Service Centre.

August 15, 2008 Andrew Comments Off on Thaksin Shinawatra's Brother-In-Law Voted In As PM Candidate

Police Video Children Who Were Padlocked In Well

May 3, 2011 Andrew Comments Off on Police Video Children Who Were Padlocked In Well