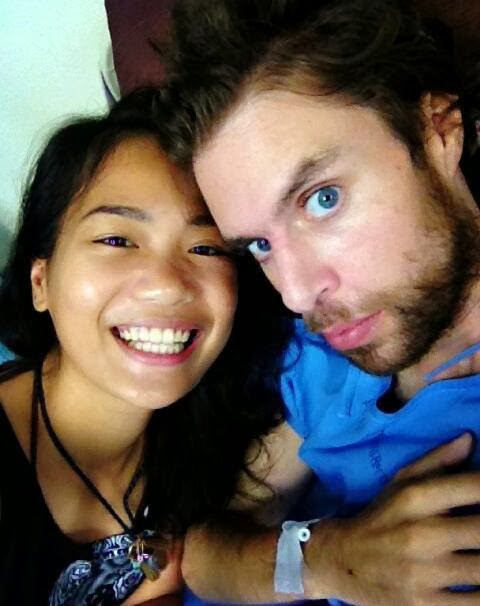 VIDEO: SEVEN MONTHS ON AFTER A RANDOM BAR SHOOTING IN CHIANG MAI JUSTICE AND AID SOUGHT FOR VICTIM

Paralysed after a random bar shooting in Chiang Mai carried out by a Thai man who came back with a gun after losing face, justice is still being sought for Canadian Nic Brown, from Vancouver, an English language teacher in the Thai northern capital.


The incident highlights those moments in Thailand where foreigners can get caught up in situations beyond their control – like the gunning down last New Year of a Briton on Koh Phangan.

The incident happened last June after a fracas broke out in the Baan Din bar when Thai national Don Prawinmet apparently made an unwanted pass at one of the female serving staff.

According to all reports there was a fight between Prawinmet, 28 – a dental surgery student at Chiang Mai University, – and staff, which Prawinmet lost.

But he returned angry with a gun shooting indiscriminately into the bar.

Three people went down but Nic Brown was the most seriously injured.

He is paralysed from the waist down. He has not taken the matter bitterly, but concedes that time might come.  In fact at times he seems quite upbeat but he does not appear to dwell on his predicament.

“I am not looking for revenge. It’s not going to make me feel better seeing him (the shooter) suffer”.

His girlfriend Bow here gives quite an emotional interview where more of the tragedy shows.

“We must be happy with what we have. Just being with Nic I am happy,” she says but she cries when she says her mum is worried that they may not be able to have kids together.

“We are grateful to have each other.”

But what does this young man do now? Will he get compensation or justice. There is very little in place in Thailand to cater for victims of these sort of incidents which are not all that uncommon.

Currently Canadian Carly Reisig is seeking compensation for injuries substained after being shop by a policeman in Pai, Mae Hong Son Province. Her friend leo del Pinto from Calgary did not survive. In this instance the shooter was a policeman. He is now in jail but not before a considerable fight for justice by his father Ernie.

The shooter is out on bail as usual and but is in a mental hospital on a voluntary basis. He should go to trial for attempted murder.

If you wish to help Nic you can reach him through Facebook, or donations can be made through this link.

Meanwhile friends have got together to make this video which contains the interviews with Nic, his girlfriend and the bar owner.