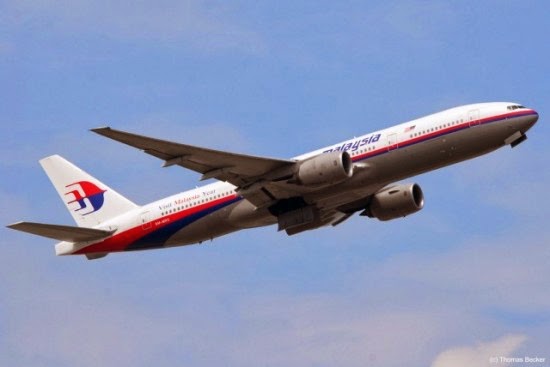 Bloombergs wire service is today reporting that Malaysian
Flight 370 sent its last signal from the Indian Ocean off Australia.
The pulses provide no data about the plane’s speed, location
or altitude.
Still, they allow calculations of an arc along the earth’s
surface where the plane was each time it communicated with the satellite they
quoted an unnamed person as saying.
The
person declined to describe the accuracy of the estimates but was a person
familiar with the analysis. 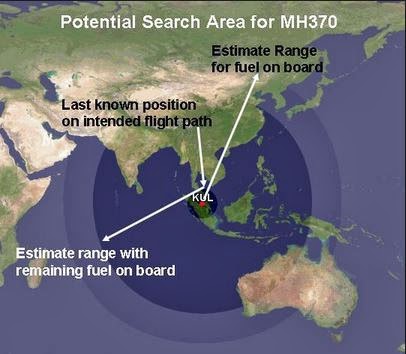 And they quoted a spokesman Jonathan Sinnatt a spokesman for  Immarsat in London as saying routine
automated signals had been picked up from MH370.
Meanwhile the Indian Navy is searching a 9,000 square mile
box off the Channai coast.
The planes transponders were, said a Malaysian Transport spokesman deliberately switched off
by someone on the flight deck.