Apologies to readers of this site if entries have been somewhat erratic but the Flying Sporran is currently on tour in south east Asia.

Annie, Matthew, Archie and I have been having a ball. Our recent departure was slightly hurried as  a couple of the border crossings may not have been, er, technically legal, on account of missing passport controls.

We left our nanny behind, because the Burmese government has been one of their go-slows which, like dealing with their promised return to democracy,  are even slower than  British Passport Office on a wet bank holiday.

Annie, aged, 7, coolly walked straight through Thai and Cambodian immigration last month and she has been dining on marshmallows off the story ever since.

It’s possible she heard how easy it was for millionaire Thais on fraud charges to walk through the border at Poipet, while guilty politicians merely walk through Suvarnabhumi airport.

But I guess it’s more probable that she may have taken after her father who has made numerous illegal border crossings in the region,  been sought by Singapore police for ‘illegally’ gaining entrance into Tanah Merah Prison to interview serial killer John Scripps, and been escorted by Manila police to a Hawaii bound plane after gate-crashing the church ‘union’* of Lord Moynihan in Manila to a 16-year-old Filipina. (Elizabeth Marcos, the then President’s sister, was a guest of honour).

That was Lord Anthony Patrick Moynihan, 3rd Baron Moynihan, not his half brother Lord Colin Moynihan,  4th Baron, who succeeded him and became Minister of Sport in Maggie Thatcher’s government who piloted the ‘Football Spectators Bill through parliament to earn him the love, respect and adulation of frequenters of the Dog’s Bollocks’ bar in Pattaya.

Patrick Moynihan was a bongo playing brothel owning drugs trafficker and general twit, who gave evidence against Howard “Mr. Nice’ Marks , who described him as a ‘right bastard’.  I’m in agreement with Marks.

However I can report all is well – and we are awaiting nanny May to join us for the final leg to the land of the ‘Frozen’.  This may be after the thaw – as she is still in the hands of the UKVI – and their collaborators in  Bangkok’s Trendy Tower.

*As he had been married several times the church in the Philippines would only perform a blessing.


But they did play the wedding march. It was at this point the ‘Flying Sporran’ stood out in the aisle to record the happy moment – and was seized by guards!

Footnote: Meanwhile thanks must go to Hanno Trayhurn and British Ambassador Mark Kent in Bangkok,  Bill Longhurst, British Ambassador to Cambodia and Sucheat Pheng, in the Consular office in Phnom Penh,  Lt. General Chhay Bona Head of Cambodian Immigration,  Lt Gen Sok in International Relations at Cambodian Police,  and VINAPORTS and ‘Foxy’ in Vietnam, and not forgetting  of course Pi-Tuk, Pi-Nok, Pi-Nick, and Pi-May in Thailand and Peter in the Thames Valley for updating us with ‘Frozen’ weather reports and getting my car taxed, insured and I guess de-iced. Oh and hello to Catherine somewhere near Siam Reap and Andy in Kompong Speu! 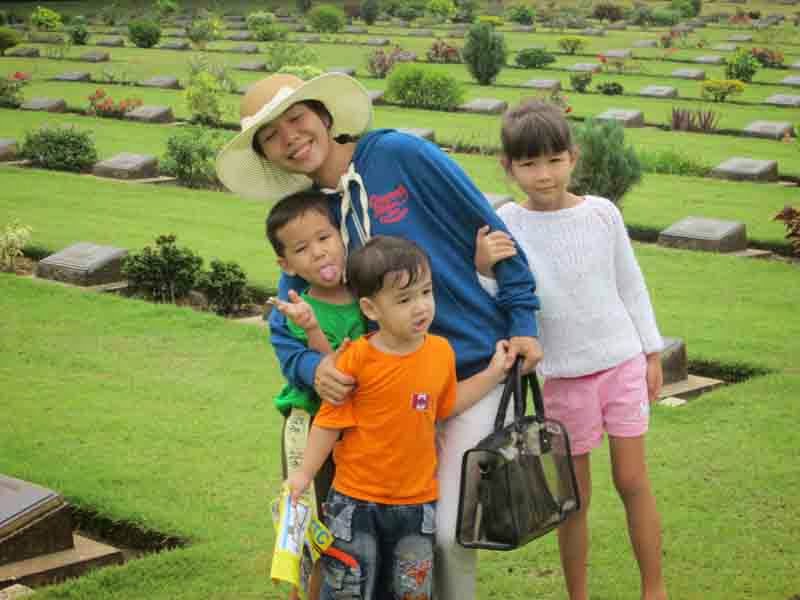