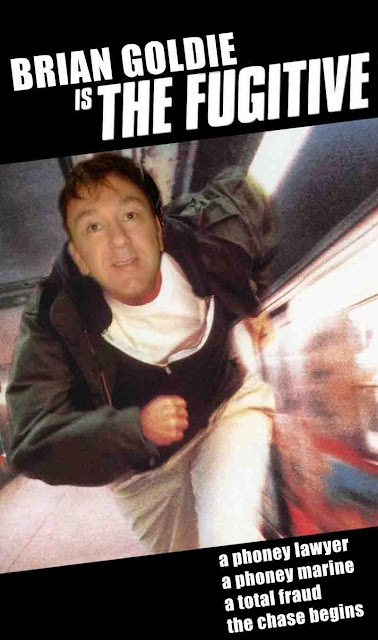 Phony barrister Brian Goudie, aka Goldie is now officially on the run in Thailand with no permit to work, no immigration visa and warrant out for his arrest.


Although he recently surrendered to an arrest warrant in Koh Samui on a second charge of posing as a barrister and Royal Marine officer to cheat a 76-year-old woman from Madison, Wisconsin, he has failed to surrender to an warrant issued by a Bangkok court – and failed to renew his visa, granted to him to attend court.

Today at Pattaya Court David Hanks, his colleague, and former pimp at Masquerades Brothel in Keysborough Victoria, also never made an appearance.

He has been charged in connection with a racket to lend money to Russians in Pattaya at 60 per cent per month.

Goudie, Hanks, and Drew Noyes have been working as a ‘tag team’ to try and stop this site revealing allegations against them.

It appears they may be responsible for the blocking of this site by the Thai military government.

Noyes produced an army major in Bangkok to testify that Noyes would be holding a seminar in Pattaya to help people understand Thailand’s military government.

Meanwhile in a computer crime act case brought by Drew Noyes against Andrew Drummond (of this site) and Alastair Cooper in relation to a photo-shopped picture of them taking part in a gay-parade, an arrest warrant was issued for Andrew Drummond, who did not appear, and is not likely to in the near future.

Neither Drummond or Alastair Cooper, who does not live or work in Thailand, were sent any writs to attend court. Andrew Drummond’s address in Thailand is registered with the Thai authorities and on the internet but no attempt was even made to send a writ there.

In the case of Cooper a writ was sent to an obscure hotel in north east Thailand that he has never stayed in.  Cooper is expected to fly in to Thailand in July to ask the court how they can issue such a document.

Meanwhile Goudie has asked Drew Noyes’ One Stop Service if they can do his visa for him with their ‘ connections’. This may no longer be possible. Legally the applicant must turn up in person at the Immigration Office, in this case Pattaya.  But of course, as this is Thailand, anything can happen.

Overheard in court from a member of One Stop Service ‘We must make sure we get the money off Goudie first.”

Brian is used to being on the run. He went on the run from Scotland before an arrest warrant was issued for him for a fraud on the Royal Bank of Scotland, and he ran from Australia rather than face a hearing which would have had him thrown out.  He was jailed in Australia for six years for stealing from his employers, a West Australia mining company.

Noyes’s power has waned a little in Pattaya since he and his wife Wanrapa Boonsu were convicted and jailed for two years for extortion. 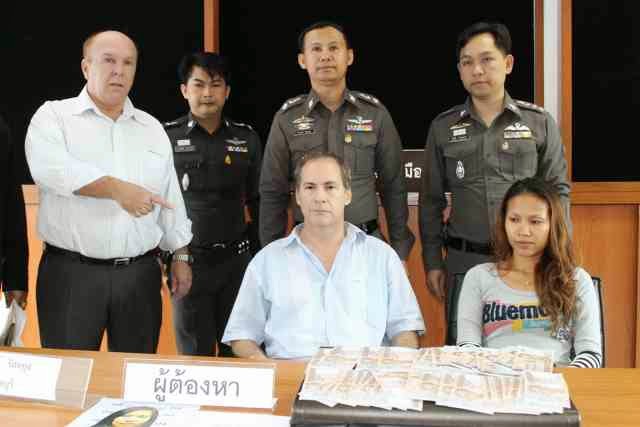