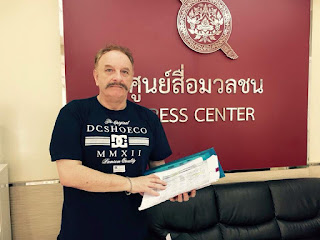 The controversy over Jessie Vard, the young Irish girl who has been exposing Thai corruption on the internet after her dad was robbed of seven houses in Phuket, came to blows yesterday in a lawyer’s office in Bangkok.

Former Dublin businessman Colin Vard, a cousin of the Vard Sisters, had returned to the lawyer’s office to pick up his files.

He had already publicly accused the lawyer of fraud – and Thailand’s Police Commissioner promised to take action – and complete the investigation within two months.

Colin Vard ended up getting arrested.

Anyone buoyed by the police support for the Vards last month when they blocked traffic outside the Royal Thai Police headquarters’ in Bangkok will need to watch this closely.

Police promised support, to provide safe accommodation for the family and protect them, and arrest any culprits guilty of fraud.  The same sort of situation has been happening to foreigners all over Thailand and embassies cannot/will not help.

This is the text from Jessie today: 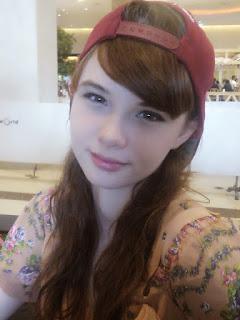 This happened to Dad yesterday afternoon the 30-06-15 in the offices of his former Lawyer in Bangkok. This is the same lawyer Dad reported to the police, witness protection and the Ministry of Justice for previously threatening to kill Dad. He attempted to kill Dad or certainly injure him very badly yesterday.

Dad has reported the fact that the lawyer has refused to return his files to the Ministry of Justice Rights and Liberties more than 9 times in past 18 months.

When Dad entered the lawyer’s office and requested his files the lawyer jumped up from behind his desk, told him he would kill him and attacked Dad with a screwdriver and heavy steel paper punch.

Dad held him off but the lawyer scraped his arm twice with the screw driver. As Dad took the photograph of the screwdriver the lawyer said he knew where we lived and “Die Foreigner”

The lawyer then locked the office door and proceeded to punch and kick Dad as he tried to leave. Dad has most of this on video and he also has included a photo of the screwdriver.

The lawyer knowing he was in a lot of trouble called the police and filed a report stating that Dad had entered his office uninvited….

Dad was taken into custody on the street which he said was humiliating and taken to Prachachuen police station in a police car where he was shouted at and goaded by the investigating police, the lawyer and his wife…. Dad asked for a translator and was refused. Dad of course denied all the charges and offered video evidence. The police were very rude and racist.

This lawyer should be immediately arrested and his office dusted for fingerprints and check if he has CCTV and his phone and the phones of his wife and staff confiscated as evidence? Dad did nothing only ask for his files to be returned. 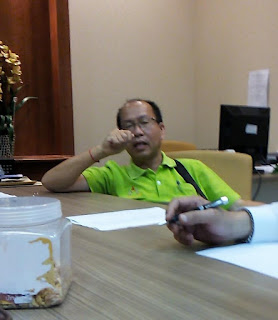 This by the law of the land is attempted murder, assault with a deadly weapon, common assault and false imprisonment.

This is the lawyer who took bribes from Phuket moneylenders in order that we lose all our cases and is under investigation by the Royal Thai Police in Bangkok and Phuket on 7 charges of corruption.

Dad of course filed a report in the local hospital where the doctor noted his injuries.

This lawyer is aware that he will be going to jail for 10 or 15 years and will I believe try to have Dad murdered. He knows where we stay. And said so yesterday.

This man represents all that is bad in the Thai legal system and we shall not rest until he is in leg irons and a prison jump suit.

He is a disgrace to the good people of Thailand.

We will keep going. Of course all of the above has been reported to the R.T.P and our Embassy.

Please share everybody. As we said in our last post we have almost run out of money but will keep going and try to make a difference.

ALL MEN ARE EQUAL- SOME MISTAKE SURELY

April 12, 2014 Andrew Comments Off on ALL MEN ARE EQUAL- SOME MISTAKE SURELY