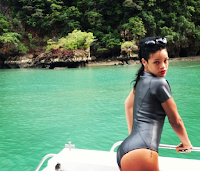 Police in Thailand have arrested the manager of a bar where rock star Rihanna saw a sex show.

On the same evening that the venue was visited by the chief of police on the holiday island of Phuket, and the Provincial Governor local police took into custody the owner of the bar in Patong Beach which Rihanna visited.

Meanwhile the sex show had been replaced with a show featuring dancing lady boys.

The Director of the local council Kathu District, Veera Kerdsirimongkol, said the bar owner Waranyoo Jornmuang would be charged with running a lewd show. 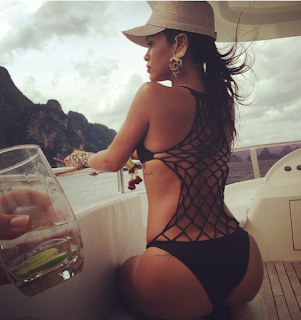 After visiting the sex show Rihanna tweeted: “Either I was phuck wasted last night, or I saw a Thai woman pull a live bird,2 turtles, razors, shoot darts and ping pong, all out of her pu$$y.”

Rihanna was also photographed with a Slow Loris, an endangered species, which are touted around the bars in Patong and customers charged with having their photograph taken with them.

Since the photographs were published several Slow Loris handlers have also been appreciated.
The moves are seen as cosmetic saving face actions. Sex shows are unlikely to stop overnight in Thailand as is the general dealing in protected species. (Source Phuketwan)

Footnote: This does not take the case much further – but its just here for the record..and so is her posterior

Chiang Mai Deaths – Britain Will Conduct Its Own Investigation

May 13, 2011 Andrew Comments Off on Chiang Mai Deaths – Britain Will Conduct Its Own Investigation