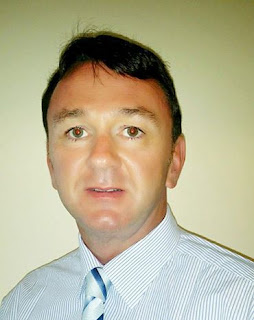 A Scottish con man who posed as a barrister in Thailand to cheat vulnerable tourists and expats out of their life savings was today jailed for three years in the resort city of Pattaya.


Unshaven, wearing jeans and blue button down shirt, Goudie,48, born in Falkirk as Brian Gerald James Goldie, was led away for the first of several more charges he faces.

He was found guilty of posing as an advocate and former officer in the Royal Marines to cheat an elderly lady out of 7.8 million baht (just under US$218,000). The 78-year-old woman had given Goudie the cash for her son’s bail in a criminal case. Her son had a serious heart condition and needed treatment.

Goudie, the court heard, promised her his son would be free, but pocketed the bail and his fees and did nothing. Her son, aged 47, died in custody.

The Scottish trickster was refused bail to appeal after another victim Peter J Morris from Merseyside, enforced a warrant of arrest on another fraud charge. Morris said that with two others he had been defrauded out of over £20,000 by Goudie and his pseudo legal company Alba Laws.

Goudie, a former Bank of Scotland teller, fled Scotland to Australian the 90’s after which a warrant for his arrest was issued by the bank. With two colleagues he had set up a bogus oil industry company with a full order book and secured over £150,000 in loans. 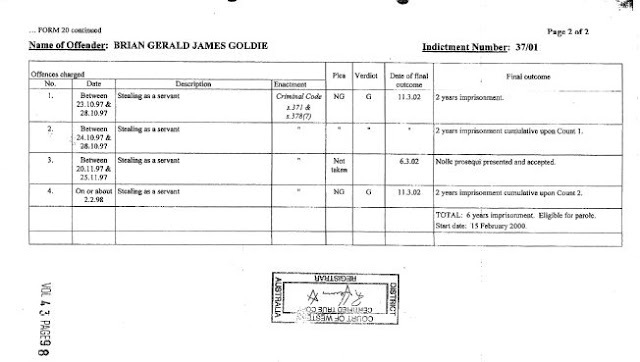 In Australia he was sentenced to six years for stealing from a West Australia mining company where he had secured a job in the finance department.  Privately reading law books he successfully defeated attempts by the Australian Immigration officials to have him deported to face charges back in Scotland, and the Scottish arrest warrant was eventually withdrawn. 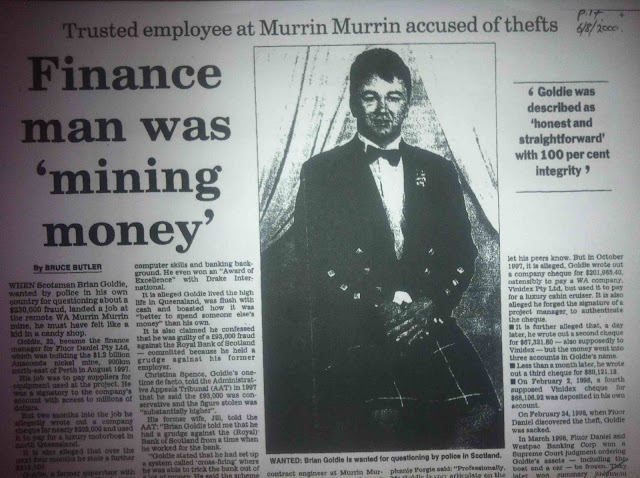 But he was described by Deputy Judge S.A.Forgie of the Australian Administrative Appeals Tribunal as a person ‘not of good character’.

After a short spell in the United States where he set up a company Cleenbore which he claimed falsely was contracted to the United States Navy to clean its naval guns he changed his name in Scotland to Goudie and surfaced in Thailand claiming to be both a British barrister and Scottish Advocate, and a former officer in the Royal Marines. 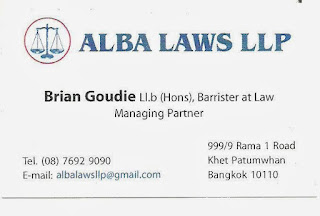 He set up a company called Alba Laws to feed off tourists in trouble, and expats doing business in Thailand.

On the holiday island of Koh Samui British businessmen claimed Goudie had defrauded him out of some £250,000 after he told them he had access to former Prime Minister Thaksin Shinawatra and had visited him in exile in Dubai. Shinawatra, he said, would swing a deal allowing the businessmen to build a super resort in protected forest on the island.  As the deal was not legal the businessmen could not sue.

Goudie also preyed on Britons buying holiday homes in the sun working with crooked ‘developers’ whose promises were nothing but dreams. It was one of these buyers, Peter Morris, from Merseyside, who enacted the latest warrant for his arrest.

Goudie however later specialized in representing Britons awaiting trial for various offences in Nong Plalai jail Pattaya, or promising to get prisoners out of jail to appeal their cases. 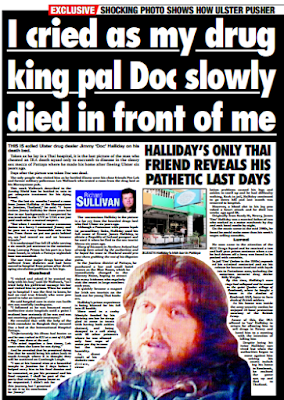 One of his biggest coups was to get former Ulster drugs trafficker Jimmy ‘Doc’ Halliday, who was in prison serving 18 months on assault charges to sign over a Power of Attorney to him.

Halliday had contracted the flesh eating disease necrotising fasciitis in Nong Plalai jail but he died in hospital while under armed guard.

Halliday’s assets had been seized in Ulster under Proceeds of Crime laws but in Pattaya he had bought a 12 roomed bar and guest house called  ‘The Blarney Stone’ and also two apartments.  Goudie then transferred all of Halliday’s assets into his own name and companies he had set up in Thailand.

But his Goudie’s favourite clients were those on child sexual abuse charges.

He was jailed for 25 years, although his live in Thai girlfriend later stated that she had been offered the equivalent of £2000 to testify against him.

His mother Barbara Fanelli Miller, from Madison, Wisconsin was cheated out of the equivalent of US$218,000  according to the charge – though her lawyers say the real total was over US$300,000.

Briton Ian Tracey from Godalming, Surrey, who was acquitted of child sexual abuse charges, after his alleged victim said police had forced him to make up the story said:

“I hired Goudie as my lawyer thinking he was genuine.  But I saw that he was cheating Mrs. Miller and warned her so he reported to me for child sexual abuse.

He is evil through and through but he had me completely fooled. I had brought Miller’s case to him because I believed Miller was innocent too.”

Scots journalist Andrew Drummond formerly from Mearnside, Edinburgh, who first exposed Goudie’s activities in Thailand and assisted in the documentary ‘Brian Goldie – Serial Swindler said: “Goudie has extreme confidence in his legal brain and has managed to put off the inevitable for quite some time. 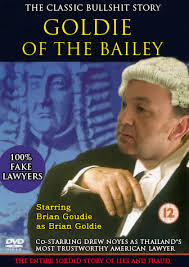 He brought libel cases against me both of which he lost. Then he brought cases under Thailand’s Computer Crime Act, not for any word I had printed but publishing pictures lampooning him in pictures of him dressed in barristers wig and gown and as an officer in the Royal Marines.

“He had discovered that this was technically an offence in Thailand under laws designed to protect the Royal family.”


“In jail he is likely to meet some of the people he set up and put there.”

After being sent down to the cells #BrianGoudie was later brought up in chains to another court in Pattaya where he was to appear as the chief defence witness for Drew Walter Noyes in cases of criminal libel brought against a Bangkok school teacher.  #DrewNoyes, who also claimed falsely to be a lawyer., is currently appealing a two year jail sentence for extortion. He was allowed bail to take his children to the United States and has not returned.

Goudie was dismissed without giving evidence. Teacher Bob Postak said: “He did not say anything. His head was in his hands most of the time.”