A boiler room boss known in Thailand as ‘Paki Pete’, who has taken down customers for millions of dollars in share fraud has been exposed as an Indian businessman with links to Crime Suppression Division Police.

Variously known Pete the Indian, Paki Pete, or Sri Lankan Pete or Tony he has now been named as Mr. Pratheep Luthra currently living at an address on Propokklao Road, Chiang Mai.

Apart from his boiler room scams he is reported to have several legitimate businesses now in Thailand – a usual modus operandum for boiler room operators. One of his businesses was named as Kareena Tour and Travel Co, Ltd. 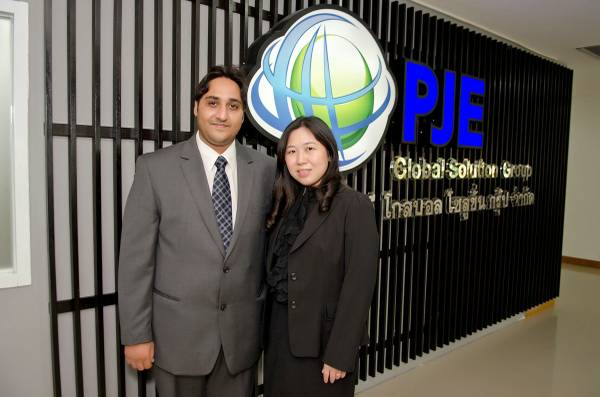 Another in which he seems to be playing a major part is a company called  PJE Global Solutions, which was decked out just like the boiler rooms in Bangkok, before they decided to operate in small groups rather than large rooms.

In fact this is a genuine ‘call centre’ – which of course can double up as a scam center at any time of the day or night. 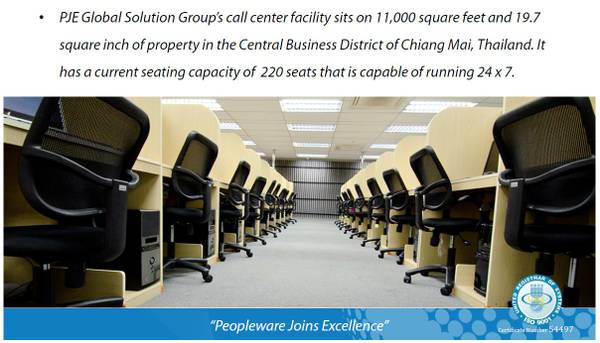 An anonymous contributor to ‘Craigslist’ where Pratheep is named and which is the preferred recruiting site of boiler room operators asks:

“Who did he piss off this time fail to pay? Or did he steal some leads? Sell some fake leads?

Did he sell the same set of “exclusive” fully qualified leads to multiple shops? Did he steal somebody’s banking?

Did he pay the opens but steal the loads? Did give out fake work permits? So many possibilities.”

The comment on Craigslist was up for only 24 hours.

Prateep’s identity has been confirmed by American Phillip Justin Bean, who fled one of Paki Pete’s’ boiler rooms in Sukhumvit Suites, Bangkok, 18 months ago and through this site and at the suggestion to US law enforcement officers reported the boiler room to the Royal Thai Police.

Mr. Bean said he was shocked to discover that rather than just working in sales he was being asked to defraud people.

At the time the boiler room was run under the name the Venture Jones Group with a Britain called Alex Johnson running it as ‘room manager’.

The Venture Jones Group was selling fake shares in the Chinese internet sales company Ali Baba and the Tesla Motors.

When Bean said he was leaving Johnson insisted that he was escorted to the airport and put on a flight back to the Philippines. He pretended to willingly go through the process, but as he was not escorted to the check-in counter, he returned to Bangkok to go for another sales job.

That turned out to be another boiler room run by Canadian Frank Giannini with a 28-year-old Muslim calling himself Shahid O’Connor carrying an Irish passport.

Mr. Bean said that Lebanese born Giannini held on to his passport and instructed guards on a village in Lat Krabang, eastern Bangkok, where the boiler room operated, not to let him leave the village unescorted.

Justin Bean contacted this site and after conducting US Law enforcement at the US Embassy in Bangkok and we told him to make a run for it without his passport.

Bean duly got his passport back after police raided the house in Lat Krabang and Giannini and an Irish passport holder were arrested for heroin offences.

Paki Pete’s operation on the 11th floor of Sukhumvit Suites was also raided. But the tip off had already gone out. The people and computers had been removed and all police found was some VOIP (Voice over internet protocol) equipment for making cheap international calls.

Bean had however found that rather than thanking him for his assistance the CSD team led by Police Colonel Akkarawut Limrat treated him in at threatening manner, accused him of being involved in drugs, and threatened to charge him.

The US authorities complained and he was released but at the airport he said he was stripped by a Thai Customs official as he left who demanded most of his remaining cash and told him not to come back to Thailand.

Giannini and his Irish ‘Shahid’ were also quietly released from jail two weeks later.  Giannini had previously released after being arrested for crashing into a Thai baht bus in Pattaya killing two of its occupants, and for carrying drugs paraphernalia.

Police Colonel Akkarawut died after ‘falling from a height’ at the middle of the purge by the military of the CSD in 2014 where it was found they were involved in a series of major Mafioso style rackets.

However the raids were politically motivated as senior officers were friends and relatives of the wife of Thailand’s Crown Prince who had become ‘persona non grata’.

Justin Bean no longer looks on Craigslist for sales jobs in Bangkok.

Pratheep’s identity was also confirmed by a second ‘former’ boiler room loader based in the Philipinnes.

SCANDAL OF THE BOILER ROOM DRUGGIE