Some Brits have all the luck.

Poor old Londoner Damon Wait has been caught again.
And it’s happened on the day The Sun in London posed the question:

‘Will Thailand be the next country to bore of boozy Brits?’

Damon, who was caught last year with a bag of ‘China white’ heroin and a massive stash of Kamagra and Viagra, or as the Pattaya Mail put it ‘20 boxes of sexual-performance medication’, allegedly awaiting a booze and drugs fueled ‘sex party’, has now been nicked again. 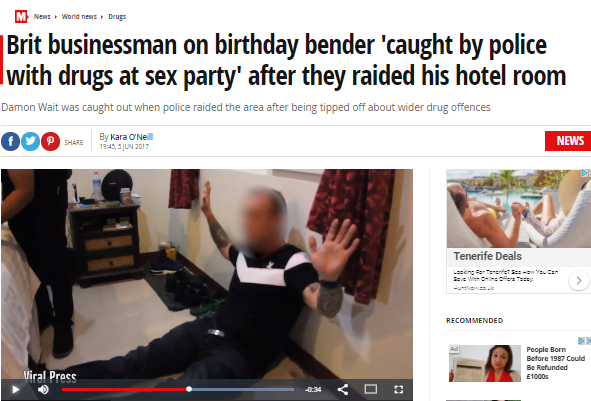 Seems like a special (Santiban-Transnational Crime) posse of police was on the trail of Wait, tracking him north to Chiang Mai and then south a bit to Nakhon Sawan. 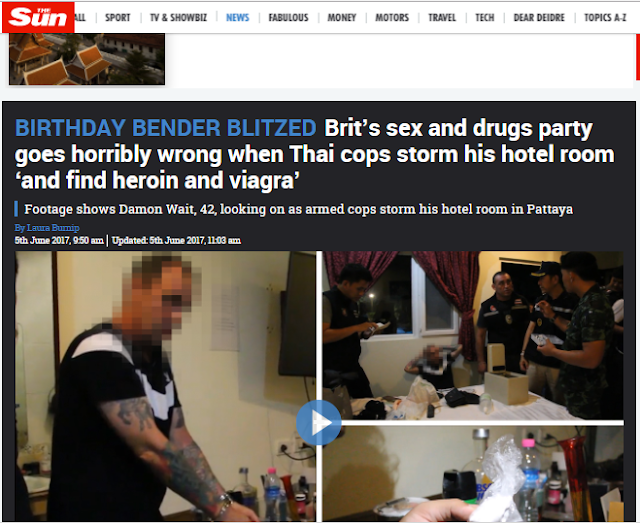 Wait, who in the British press was described as a ‘horse breeder’ but in the Thai press as the manager of the Sports Bar at the ‘Ponderosa’,  a resort situated on ‘The Dark Side’, was nicked last night in Nakhon Sawn’s ‘Bonito Chinos’ hotel. 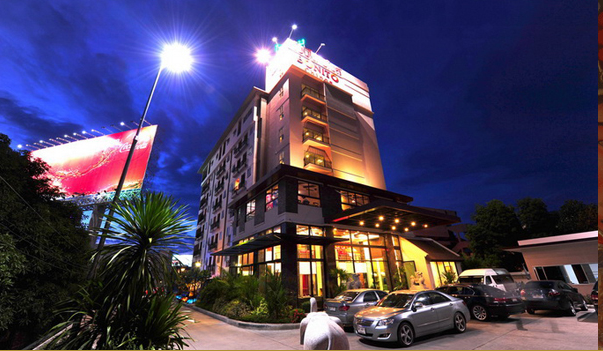 Seems like Damon is not the ‘tourist businessman’ he was described by the ‘Sun’ and ‘Mirror’, who were just regurgitating local reports and adding a bit of topspin. (We Brits are worried about misfortunes happening to our tourists).

The ‘Ponderosa’ is a well-known ‘Hell’s Angels’ hang-out. 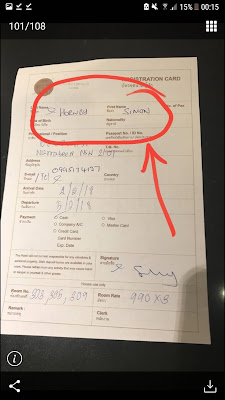 Hornby from NSW, say police, is a fully jacketed member of the Aussie ‘Hell’s Angels’, who seem to be giving Thailand such a head-ache now.

However, Simon was ‘ clean’.

The nine thousand and fifty-four-pound question is how on earth did Damon Wait get bail in the first place?

Well, the raid last year was conducted by Pattaya (Banglamuang) Police, District Officials, and the Army. 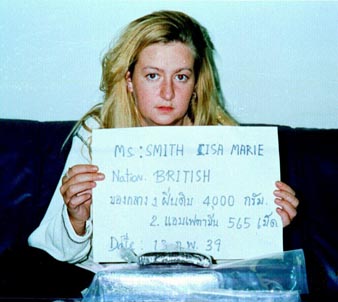 It’s rare that a Brit caught with Class 1 gets bail. One who did, Aussie-Brit Lisa Smith was put on Interpol’s Most Wanted list. But then her bail was AUS$74,000.

Cheap? I don’t suppose that Wait, having coughed up, expected another posse of the Thai police to be on his tail.

But this story has not played out. If he’s paid out 400,000 baht and it’s not for bail but just for the police to go away, then how can the Special Branch guys hold him. Goodness, perhaps he is just a tourist after all!

Now I am wondering what Pattaya (Banglamuang) Police, district officials and the army are doing with those 20 boxes of sexual performance medicine.

The Army was there on the original Ponderosa raid, of course, to see everything was done according to the laws, which the junta leader/Prime Minister adds to on a seemingly daily basis.

I’m guessing Hoss Cartwright will be turning in his grave.

HELP THOSE BANGED UP IN THAILAND FOR ALLEGEDLY INSULTING THE MONARCHY

May 10, 2016 Andrew Comments Off on HELP THOSE BANGED UP IN THAILAND FOR ALLEGEDLY INSULTING THE MONARCHY

June 5, 2015 Andrew Comments Off on THE VARD CORRUPTION SCANDAL – ‘THANK YOU THAI POLICE’