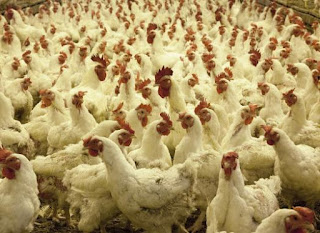 Every time that I read that migrant workers in Thailand are being prosecuted for stealing their time cards, by a Thai chicken processing company accused of labour abuse I can’t help giggling.

How is the court going to assess the value of the time cards  -50 satang or the millions the company will have to pay up for additional charges of labour abuse?

These are beam me up moments which make me wonder whether ‘Idiocracy’ is a work of fact or fiction.

Thailand’s ridiculous defamation cases continue. Last year it was reported that there were 50,000 in the system by bullies wanting to take advantage of the fact that truth alone is no defence and they can get their revenge merely by taking the alleged defamers to courts, which do not award costs if the defamers win!

The case brought by Thammakaset Co. Ltd against 14 Myanmar migrant workers begins tomorrow. Here follows the Finnwatch Press release. Thammakaset are also suing Andy Hall but he flew the coup some time ago.

Thai authorities must take decisive action to protect freedom of speech and migrant worker rights, says Finnwatch as trial against 14 migrant workers from Myanmar on criminal defamation charges begins in Bangkok on 7th February 2018. If found guilty, the workers could face up to 1.5 years in prison each and fines up to 30 000 baht (760 EUR).


“In this case, migrant workers are put on trial because the abuse they suffered was made public. It is simply wrong and points to serious problems in Thailand’s defamation laws,” said Sonja Vartiala, executive director of Finnwatch.


The case against the 14 migrant workers, which also includes an additional criminal charge of giving false information to public officials, was filed by their previous employer Thammakaset Co Ltd in October 2016. In July 2016, the workers had filed a complaint to the National Human Rights Commission of Thailand (NHRCT) alleging serious labour rights violations and forced labour at Thammakaset chicken farm after failed negotiations with Thammakaset.


According to the workers’ complaint, made public by the Migrant Worker Rights Network (MWRN), they had been forced to work up to 20 hours per day without a day off during 40 or more days. The company also paid the workers less than the minimum wage, provided no overtime compensation, restricted workers freedom of movement and confiscated their identity documents.


The NHRCT issued a contentious report on the case which confirmed illegally low wages and unpaid overtime but rejected allegations of human trafficking as defined under Thai law – even though the workers had made no such allegation in the first place.


In August 2016, local labour enforcement authorities ordered Thammakaset to pay the workers compensation of 1.7 million baht (43 270 EUR). However, the workers are yet to receive any of this compensation as the company continues to appeal the order through courts, with a final Supreme Court ruling expected during 2018.


Thammakaset also accuses two of the 14 workers of stealing their time cards which the workers had taken to show to the authorities as evidence of excessive working hours. Although the public prosecutor has already decided that the theft case had no merit to proceed to a trial, the company has initiated private criminal prosecution on the case. In addition to the two migrant workers, a Thai staff member of the MWRN is also among the accused.


On 19th February 2018, a court will consider the case during a hearing. The case involves multiple charges, each with a maximum penalty of up to 5 years in prison and/or 10 000 baht fine (250 EUR) if convicted.


Thammakaset is also pursuing a separate criminal defamation and computer crimes charge against a British migrant workers’ rights defender and a former MWRN international advisor Andy Hall for his postings in social media about the alleged labour abuse at Thammakaset chicken farm. The charges against Andy Hall carry a maximum penalty of 7 years in prison and fines up to 300 000 baht (7 640 EUR). In September 2016, Andy Hall received a suspended sentence in a similar case, filed against him by another Thai company Natural Fruit Co Ltd.


In January 2017, the Thai government set up a committee under the Ministry of Justice to draft a national action plan on the implementation of the UN Guiding Principles on Business and Human Rights. The three pillars of the Guiding Principles are the State duty to protect human rights, the corporate responsibility to respect human rights and access to effective remedy for victims of corporate abuse. The UN Working Group on Business and Human Rights will conduct an official mission to the country in March 2018.


“With more and more of these cases coming to courts, the Thai authorities’ claims that they will make sure that companies in Thailand uphold human rights and protections sound increasingly hollow,” said Sonja Vartiala. “If they are serious about this, they must de-criminalise defamation and protect whistle-blowers without further delay.”