An official inquiry into a labour camp where tribespeople are forced to perform for tourists has called for those responsible to be prosecuted. Andrew Drummond reports from Bangkok on a scandal exposed by The Times 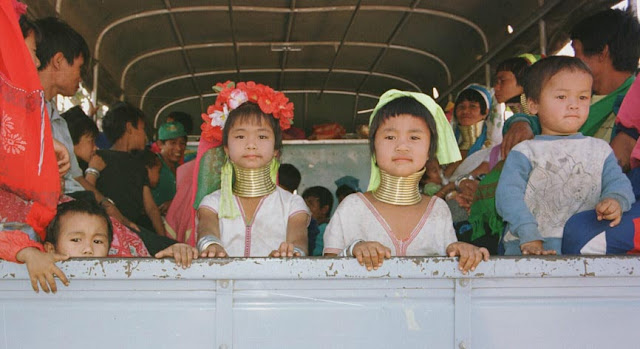 A THAI government inquiry has confirmed a report in The Times on a slave labour camp, where kidnapped Burmese long-necked women have been forced to perform for tourists, and called for its immediate closure.

Last night, a report by Ladawan Wongsiwong, the deputy secretary-general in the political office of Chuan Leekpai, the Thai Prime Minister, called for the prosecution of the perpetrators and also pressed for a police inquiry into two reported deaths at the camp in Thaton, near Mai Ai, in Chiang Mai provinceince, on the Thai-Burmese border and an investigation into links between camp owners and local government and police officials.

Children as young as five, kidnapped from deep inside Burma and taken to the camp, were forced to perform for tourists, guarded by men armed with guns and knives. They did not know where they had been taken. 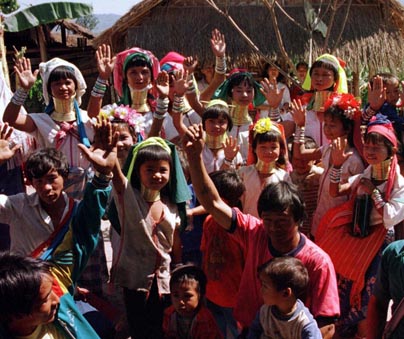 There were no schools medical facilities, and when Thai government officials called, they had to bring in medicine for a 67-year-old woman suffering from a high fever, whose job was just to look ethnic and weave, according to Ms Ladawan. 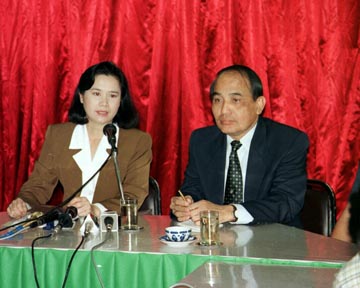 They also found an woman, eight months pregnant who had received no medical attention but still had to dance for tourists.

Ms Ladawan said: ‘I would like to thank The Times for its interest in human rights for women and children. The important thing now is to get these people out.’ She will be presenting her findings at Government house today.

Official confirmation of the existence of the tourist labour camp comes two months after The Times publish its investigation, headed ‘Prisoners in a human zoo’, disclosing that the Padaung women were beaten if they tried to appeal to foreign tourists.

Since then, I have received a number of anonymous death threats. I have also been denounced as a foreign spy intent on destroying the country’s tourist trade on the front page of Seri Sri, a newspaper owned by Thana Nakluang, the owner of the camp. 1998 is being promoted as ‘Amazing Thailand Year’. 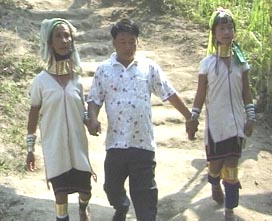 The Thai Ministry of Foreign Affairs takes the allegations seriously. An earlier investigation, in which statements made to the police by kidnapped Padaung disappeared, failed while the local police chief and the district governor submitted reports saying there was no substance to the allegations.

After a confrontation in Thaton between Ms Ladawan, who had her own bodyguards, and guards employed by Mr Thana, the government officials were allowed in.

Ms Ladawan said yesterday: ‘At first the Padaung were reluctant to talk. There were guards following us with walkie-talkies and the Padaung made gestures and spoke in their own language saying they had been forbidden [to speak).

‘But when we made the guards back off, they opened up. All the people we spoke to wanted to go back to Burma. Conditions in the camp were very bad, and the guards were threatening.

‘On the road outside the camp, a man on a motorcycle came up, stared at me and lifted up his jacket to show a bayonet. When I got my plainclothes police detective to show his gun, the man drove off.’ 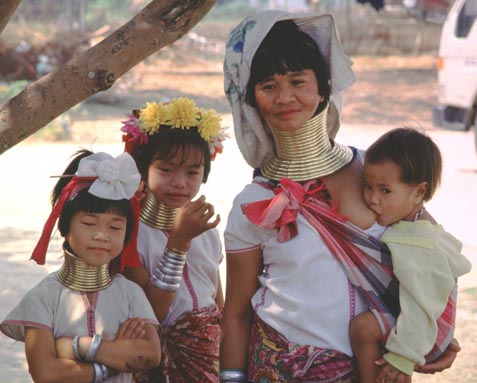 Last year the 34 Padaung hill tribe people, more than 20 of whom were children, left their home near Loikaw, the capital of the Burmese state of Kayah.

They were told their relatives were calling for them to join them in refugee camps near Mae Hong Son in northern Thailand where they would be unmolested by the Burmese military. Instead, when they arrived at the Thai border they were taken by lorry to Thaton.

They were taken to the local police station by The Times and Sudarat Sereewat, a child abuse investigator, where they made statements saying that they walked and were driven on the last part of their journey out of Burma by a man called Eddie, the camp manager employed by Mr Thana. At Thaton, they were given bamboo to build their own houses and told that they were now to work for Mr Thana. At the camp they were threatened and the women were beaten and slapped.

Killer Thai 'Policeman Of The Year' Is In 'Supermax'

January 11, 2011 Andrew Comments Off on Killer Thai 'Policeman Of The Year' Is In 'Supermax'

Britain May Set Up Rape Crisis Centres In Thailand

March 2, 2011 Andrew Comments Off on Britain May Set Up Rape Crisis Centres In Thailand