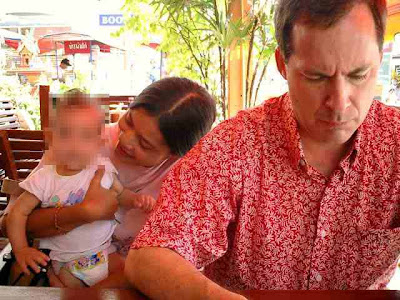 Family man Drew Noyes – the controversial  boss of a ‘law’ company in Pattaya called P.A.P.P.A is being sued for child support in Chonburi Provincial Court.

A case against Noyes, 56, also Chief Editor of the Pattaya Times and self professed legal expert, who told a court last week he was in Thailand raising his nine children, is listed in Chonburi Court on January 28th.

An unmarried woman is demanding that Noyes  fulfill his job of..raising ALL his nine children.

On the morning of the same day he is due to appear in court in Pattaya to answer a charge of breaching a court agreement brought by Andrew Drummond.

On the afternoon of the same day he brings his own 2 cases against Andrew Drummond for re-printing a picture published on the Mangus Evans Facebook page showing Niels Colov, CEO of the Pattaya People media group under the caption ‘Been to jail’ and showing Noyes and his common law wife Wanrapa Boonsu under the caption ‘Going to Jail’. Lawyers for Drummond will ask for dismissal of the cases.

He claims the story has caused him loss of business.

Noyes has also been threatened with a law suit by Dutchman Theo van der Schaaf for the return of 2.5 million baht which he had given the P.A.P.P.A company to pay in settlement of a dispute with his Thai girlfriend in Hua Hin. 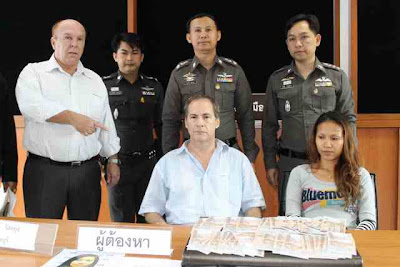 A case against the couple for attempting to extort the Pattaya Clinic out of 7 million baht is due to begin on February 5th.

Ten days later judgment will be made in a libel case brought by Pattaya businessman André Machielsen, reported here this week. 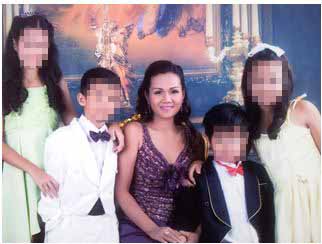 The paternity case could prompt other claims. His first Thai wife Nittaya Chaisit Noyes has been unable to raise her children with Noyes though lack of funding.

Although she has property registered in her name in North Carolina she never obtained a Green Card while living with her husband and cannot return to the United States without a sponsor. As she cannot read or write in either English or Thai as a wife she may have been an ideal candidate for Drew Noyes, as her property is gathering taxes in the U.S.

Another Pattaya woman also claims to have a baby by Noyes. She was Noyes’ nanny at the time he was married to Nittaya, and is reported to have also been Nittaya’s niece.

This will not be the first time Noyes has been sued for child support. Back in 1994 a court in California ordered Noyes to pay US$1000 a month child support towards his second wife in the US to support his son by her, now aged 22.

The same court also issued a restraining order against Noyes.

Drew Noyes has three children by Wanrapa Boonsu. He is something of a ladies man. Early in 2012 he returned to the United States with children by Wanrapa, but instead of of taking her, he instead took a current girlfriend called Naam – a former hostess in the Buffalo Bar, an Isaan bar on Pattaya’s Third Road.

This I understand has not been without certain disadvantages for Noyes and there are indicators, some demonstrated during recent court hearings, that she may be taking more and more control of his dwindling empire.

While he was evasive about his assets in court he said the P.A.P.P.A Co. Ltd was NOT worth millions.

There are further indications that he now may be moving out of the newspaper and ‘law’ business and returning to the bar business.

A sign for Cupid’s has now gone up outside a shophouse in Pattayaland 1, Pattaya, next to the Family Mart there and there has been hurried purchasing of second hand bar fittings.

The sign however appears to be pointing to an address on Beach Road.

This bar next to the sign has however been funded primarily by an American living abroad who by now should be getting anxious especially with Noyes’ court statement about his finances. The American is understood to have put in 12 million baht.

This bar was originally, Noyes told neighbours, going to be a Hawaiian theme bar, with staff in coconut bras and hula hula skirts throwing flowers down to the masses below and enticing them in. 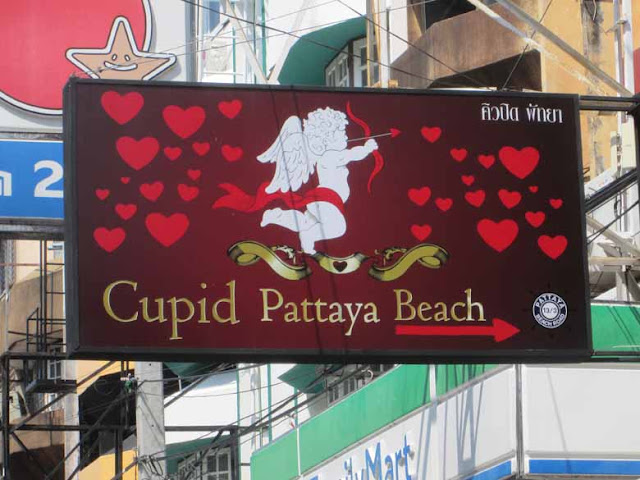 Drew Noyes came to Thailand, he claims,  by Royal Proclamation and set up office under the ‘Treaty of Amity’ with the United States. By his own reckoning he will shortly be entering his 15th year in service to Royalty.