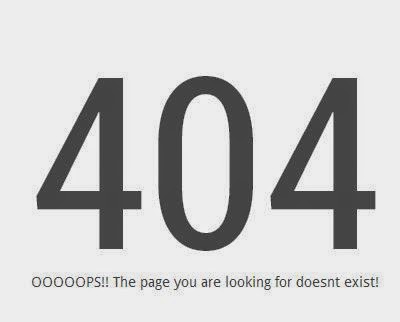 Have been having fun this week with an eccentric in online publishing from Germany who was trying to give me a lesson on libel or was it the other way round?

Last year a site called eturbonews.com published a story from this site without permission. It was as we say in the business merely ‘lifted’.

eturbonews is heralding a new form of international journalism especially on YouTube – more more on that later.

Noyes had written to eturbo-news complaining the article was libelous to him and demanding he took it down forthwith. He was, he said, President of the Lions Club in Bangkok, a civic leader, a lawyer etc. etc.

The remarkable Juergen T Steinmetz, who works out of Hawaii, but whose travel industry site is registered in Germany, fell for the #DrewNoyes, spiel hook, line and sinker and not only removed the original article, which he should have done a year ago, but suggested I had made it all up.

Above: Sound check! A silent interview with Juergen which he put up on Youtube

And he gave a groveling apology to the esteemed ‘civic leader’ Mr. Noyes under a picture of me that Noyes had lifted from this site.

I duly contacted Mr. Steinmetz, gave him the full starting price on Mr. Noyes, and told him that he was only compounding a libel. But he did not seem to understand at all.  Here are some of his gems. Juergen starts off using his middle name Thomas.

Dear Andrew,
I am a bit confused who you are. eTN is not interested to be part of a controversy you may have with Mr.Noyes. I did not see you had a copyright on the photo, but we have removed it.
I also changed the words on the article and we wish to remain neutral until we can get more clarification and learn the outcome of your current legal battle. I am not sure about fake lawyer. I had seen his website online. Why is he a fake lawyer? I would be happy to call you as well to discuss more.
Best regards
Thomas

Why is he a fake lawyer? Er it maybe because he is not a lawyer but has advertised as such.

“Question Boyle claimed he is a member of the
Lions Club in Pattaya and had been a board member ? He mentioned he had helped with the King’s 80th birthday celebration recently, and handling of foreign dignitaries. I don’t know you and I don’t know Boyle,  but this is certainly interesting. If most in your YouTube presentation is correct you have my respect.
Boyle claimed you used the  article on ETN to help your court case?
I see from your Facebook you have an indirect connection with someone who must have uploaded this article on eTN but no longer works for us.
I am neutral here and really don’t want to be part of your legal fights.
I am however interested in the outcome. This may well be worth a story.
By the way I fully support investigative journalism.
Thomas”

Boyle? I do not know why Thomas is calling Mr. Noyes Boyle. So I replied:

Dear Thomas,
I have never used an article on ETN in my case. I do not need to. Noyes is I am afraid a #@!!&%!!. You have become part of our legal fight by publishing his nonsense Thomas. Noyes was kicked out of the Pattaya Expats Club. He did form an Optimists Club but that went west as well.

I have no idea who loaded the article on your site. I had never heard of it (eturbonews) before.

A complaint has been lodged with the Lions Club International. He recently became president of an all Indian lions club in Bangkok. Work that one out. If you support investigative journalism how can you make such an attack on me.

Have you not read the Star in Wilmington N Carolina yet. It was an expose on Noyes by Scott Gold – now of the LA Times.

Now Thomas has become Juergen so I told Juergen I was putting the matter in the hands of a lawyer in Hawaii.

Dear Andrew,
We had taken the story down before you even contacted us.

If anything-  the article had only your side of the story for a year – so I am not sure what else you think we should do. We cannot just delete pages on our system.

I am sure there is no harm for having this short explanation on a one year old posting.
It was a mistake altogether to have this story on our system in the first place – and for that I already apologized. I wish you luck with your work.

Cannot delete pages? A five second exercise. Who is Juergen kidding? I replied. Meanwhile Drew Noyes has sent me an sms saying I do not have a lawyer in Hawaii adding: ‘You can’t even afford a lawyer to go to Koh Samui’.

“No deal. Your current article is libelous . What’s more you have been in contact with Drew Noyes who tells me I do not have a Hawaii lawyer . Actually my lawyer friend is on Maui, but when we spoke last night he said that was no barrier to instigate proceedings. I went to Hawaii a lot when I was an LA based journalist and am confident the courts will see the libel immediately.

“What surprises me most of all Juergen is your unprofessional approach to all this. You have suggested the first post is libelous, in which case why is Drew Noyes not suing and now you libel me in some weird game of tit for tat.

Juergen replied: Noyes is still Boyle by the way.

Honestly I am getting upset now.Nothing has been done to libel you.I now took another paragraph out of this article and after checking with my attorney friend in Hawaii I do not see any basis, specifically from you, to accuse etN of libel.

As a matter of fact eTN apologized to you and Mr. Boyle in the article.(There’s that Mr. Boyle again) I did not discuss anything in regards to you or your lawyer with Mr. Boyle – this is really getting too much now.

Puzzled where you see a problem, but feel free to have your attorney in Hawaii call us – or feel free to call me directly.

I have no reason starting a controversy with you or Mr. Boyle, but I  won’t take your accusation without responding.

After all I don’t know you, not do I know Mr. Boyle and have absolutely no interest to take any sides here or do I want to get involved in your legal issues.

I wish you success with your issues- and instead of you now attacking me, a professional cooperation and communication would be more appropriate and rewarding I would think.
Regards
Juergen

I loved this silent Hawaii warning! It has to be a collectible. This is new a new type of foreign correspondent. Just point your handycam or iphone at a TV screen and tell the public this is what is happening! Or in Pattaya – Put a story on your website and tell foreigners the government is going to confiscate their properties – and sit back and help them divest themselves!
————————————————————————————————————–

Oi Vey! Here we go again. We are still talking about an article he published without permission and seems to want me to justify it. I replied:

Remove this immediately Mr.Steinmetz. As I am identified as the author of supposed ‘defamatory writings’ this is a severe libel. I suggest you get back to your lawyer. It is clear you have not explained your role in this. ie You stole the article in the first place.

“We removed the part saying “defamatory writing” and will pick up if necessary after the legal picture in Thailand becomes more clear.

Strangely you have a very bad attitude towards ETN when all we did so far helped you to get this message out.

I am puzzled about your attitude Mr. Drummond”

Juergen. I have a bad attitude because you have libeled me on the say so of a guy here who is without doubt an @##@$$&&**!!!. The original story by the way; if it was so controversial, why did Mr Noyes not sue!

Anyway I gave up at this stage because the article by Mr.Steinmetz Thomas or Juergen, now has so many corrections it does not make any sense anymore anyway.

Noyes also tried to get a Phuket online news site to publish the article and succeeded for two days – hence his tweets below.

Well now we know first hand from Drew Noyes that Thailand has no foreign gangs and there is no longer any police corruption in Thailand. It all ended with the coup. And eturbonews – is now an international news agency. God help us all. I checked its ranking with Alexa, which defies its claim to have millions of readers.  I get more on a good day. eTurbonews readers in Thailand are virtually nil.

But hey, this is a good wheeze. I’m betting Juergen or Thomas is getting around the world on freebies. Anybody want to start a tourism website?

Your story has advertorial content, is promoting your company, your destination? We do not believe that you work for free – and neither do we.
Therefore please use our affordable and effective paid option to have your news releases published and circulated through our network?

Not only that people apparently pay to be on the site! I guess I owe Juergen US$300 or US$600!

In fairness to Drew Noyes and to present his point of view, here follow some of his latest bulletins sent by sms: 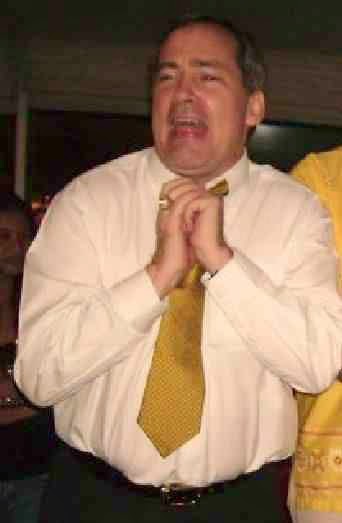 “Army and Internal Security recorded your lies today. Mayor and others will surely take a dim view!”

“No wonder your wife divorced you!”

“Our press conference will get lots of attention”

“All Thai government records prove that I have no interest or control (in the Pattaya Times) for years.”

(Anybody know the Army Internal Security Division or the ICT for that matter?)

“If one of your retired idiots like you freelances an article to an unwitting website like to did on eTN that is ok because we’ll just add them as defendants, unless they retract it and criticize you as a fraud and a liar and apologise.”

“You have no lawyer in Hawaii. You cannot even afford one to go to Samui.”

“Scott Gold (the author of this page one article ‘Trouble Follows Developer‘ in the Wilmington Morning Star) was promptly fired for taking money from a competitor of mine.

“What a gang of fools”

(NB Scott. No libel intended. We know this is not true)  And here’s a free plug for Drew Noyes One Stop Services – Thailand.  (Well actually the Department of Investigation say he has removed himself from this company).

June 20, 2016 Andrew Comments Off on MARKSMAN WITH SENATORIAL INVITE TO WHITE HOUSE WANTED IN THAI COURT