In the almost inevitable international escalation of the controversy over a human rights report, which criticised the treatment of Burmese workers in Thailand, and the dubious use of Thailand’s ill considered libel laws, Human RightsWatch in New York have now come out in support of Briton Andy Hall.

Hall, 33, from Spalding, Lincolnshire, faces jail and a US$10 fine, for allegedly telling some ‘home truths’ about Thailand’s labour industry. Neither the British Embassy or Foreign Office have commented.

(New York, April 10, 2013) – Criminal defamation charges against a prominent labor activist violate his right to free speech and will have a chilling effect on investigations of alleged rights abuses by companies in Thailand, Human Rights Watch said today. Proceedings in the case, brought by a fruit processing company before the South Bangkok criminal court, are scheduled for April 11, 2013.

The charges stem from a defamation complaint filed on February 14 by the Natural Fruit Company Limited against Andy Hall for an investigative report about serious labor rights violations at the company’s factory in Prachaub Kirikhan province. If convicted, Hall faces up to two years in prison. He is also facing civil damages of 300 million baht (US$10 million).

The Natural Fruit Company, which produces canned pineapple and juice concentrate using a workforce comprised primarily of migrant workers from Burma, asserted that Hall defamed and damaged the company by “broadcasting false statements to public media.” He was charged with criminal defamation under the Penal Code and the Computer Crime Act.

Hall’s report, “Cheap has a high price: Responsibility problems relating to international private label products and food production in Thailand,” researched and written with the Finnish nongovernmental organization FinnWatch, investigated the production practices of private label juices and fruit sold in Finland, including by Natural Fruit Company Limited. Based on field research and interviews collected in November 2012 from employees of the company’s Prachaub Kirikhan factory, some of whom were undocumented migrants, the report alleged that Natural Fruit Company Limited had committed serious labor rights abuses, including poor working conditions, unlawfully low wages, confiscation of workers’ official documents, use of child labor, and excessive overtime. 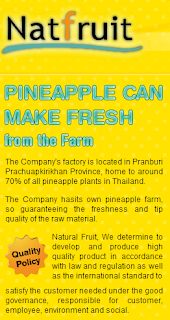 Hall and FinnWatch said that they conducted the interviews confidentially because the workers feared the company would retaliate against their participation in the research. They said that they contacted Natural Fruit Company Limited repeatedly during the course of their research to discuss preliminary findings, but the company did not respond to these requests.

In response to the lawsuit, FinnWatch issued a statement on April 4 asserting that the company’s lawsuit was “not only unfounded but also a part of a wider attempt to limit the activities of human rights defenders and the freedom of expression in Thailand.”

The fundamental human rights and labor rights of workers in Thailand’s key export sectors, such as shrimp, tuna, and fruit processing, have been regularly violated over the years, Human Rights Watch said. Migrant workers in particular receive little protection from Thai labor laws. A migrant worker registry and “nationality verification” scheme provides legal documentation for workers, but does little to counter the impunity with which employers violate such workers’ rights. Migrant workers remain extremely vulnerable to labor exploitation, physical and sexual violence, and trafficking. Yet responses by the Thai authorities have in many cases been inadequate and ineffective.

“The prosecution of Andy Hall strikes at the very core of efforts by human rights defenders to end pervasive abuses of workers in Thailand’s export industry,” Adams said. “International companies sourcing from Thailand should raise concerns with the government that using criminal charges to silence rights critics could adversely affect the overall reputation of Thailand’s major export sectors. The Thai government should welcome efforts to protect worker’s rights, not penalize them.”