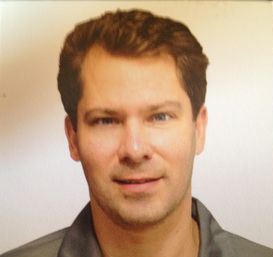 AN AMERICAN HAS BEEN TAKEN TO HAVE HIS SOUL CLEANSED –

AND HIS FRIENDS ARE WORRIED WITLESS!
It’s the ultimate nightmare in Thailand just one below
annoying the local mafia. An American has gone missing from his home in
Jomtien, Chonburi – and a security guard has reported that the he saw the man’s
girlfriend take him away in a semi-conscious state to have an ‘evil spirit’
removed.
Nick Springer, 38, from Washington State, USA, had, it is
reported, been attacked and had threats on his life many times by his ex-girlfriend – including once
with a knife.
This week he had apparently informed her that she was being
taken off being the majority shareholder of his Thai company, a cabinet and woodworking factory – which also presumably
owns everything he has in Thailand.
He has not been seen since.

“I think he’s been drugged an abducted,”  Harvey Sims, Springer’s business partner in Thailand, has told KIRO TV-7 in Seattle.

“I just want him back,” Sims said via Skype from Thailand.

“I fear for his safety, he’s in grave danger, and I don’t know if he’ll be ok,” Sims said.

Sims, who has a home on Whidbey Island, “We were worried when he didn’t show up for work three days ago,” Sims said.

“We went to his home, and found things were not right. His bedding was stripped off, said Sims.”

Sims told KIRO 7 that he was unhappy with Thai Police help.

“TV There’s a lot of crime here,” Sims said. “We just want him back. We’ve tried tracking his phones and playing detective, but we need to pressure the US to help here and get this guy back home”.

Legally I cannot use her name, not at the moment with such a
paucity of corroboration, but she is named on the Teakdoor forum where a poster
states:’ 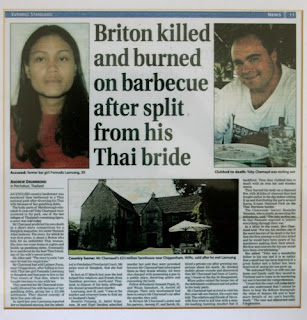 “He consulted his attorney to remove her from his company
documents where she had been a Thai national nominee (51% shareholder) and the
attorney provided him with a power of attorney letter that Nick reportedly
returned to his home in Jomtien Wednesday night to have her sign.

“He has not been seen since nor has he contacted anyone by
telephone despite having appointments on Thursday morning, April 25, 2013.

“This is contradicted by numerous friends who dined with
Nick that afternoon and reported that he was in good health, not intoxicated
and of sound mind. She was accompanied by her sister and she was driving her
own car.

It is not known whether Nick Springer was conscious or not when he was
abducted or if he is still alive.

“All indications are that he is in grave danger and that he
is not able to contact friends and family due to being drugged, poisoned,
restrained or injured. He may have already been murdered and his ex-girlfriend
having disposed of his body she may have returned to her home province of
Ayudhya.

His ex-girlfriend cannot be contacted and though her sister
has been located she is refusing to speak about the matter.

Thai police and the US Embassy in Bangkok have been notified
but there isn’t any report or information forthcoming.

Springer has only been missing for two days – so police
will not take it seriously.  However
readers of this site who know how one husband was fed to the tigers in Kaeng
Krajan national park, how another husband waiting for his own wife commissioned
death with a stun gun, and yet another was gunned down by mafia hired by his
wife, will understand how Mr. Springer’s friends are worried.

Last night concerned people were reported to have turned up at his house in Jomtien but were turned away and threatened with arrest by his ex’s sister.

Removing an evil spirit is a new one.  If anybody hears anything please get in
touch. It will not be fun being a friend or relative of Nick Skinner at the moment.. One can but hope that the worst fears are not realised.

The US State Department has been notified.

This man was subsequently returned to his home and according to his business partner appeared to have been drugged. His Thai (ex) girlfriend has taken over his/their home. This story will be updated if and when Mr. Springer is in a condition to make a statement.


Friends say they believe they had saved his live by their prompt action.