This site has now entered the realms of hip now that two alleged supporters have been identified as Pattaya DJs.


In breaking news in the ‘coffee morning’ website andrew-drummond-blogspot Drew Noyes claims he has identified the boss of Pattaya 103, Tommy Dee, as a critical commentator here allegedly going under the name Tommy Truth-seeker.


And he claims that another DJ on Pattaya 88.8 has joined the fight against him and will allegedly be summonsed for his insolence. 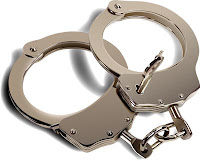 “Officers of the High Tech Computer Crime Center (HTCC) in Bangkok are allegedly planning to summons two Pattaya DJ’s in connection with offences against the Computer Related Crimes Act”, says the report.

“Mark Rogers, a DJ on Pattaya 88.5 FM is also allegedly under investigation in relation to comments on social networking site Facebook, but is considered to be much less significant that Dee”.

“Many of these foreigners post under aliases and other names making them difficult to trace, and some are working illegally in Thailand without correct documentation and work permits, and we have passed many details to the Royal Thai Immigration Police” chips in Aksoon Peesat, who is, er, an alias.

If an officer of the High Tech Computer Crime Center (the spelling is a give-away) can identify some of the posters on my site – then he’s a better man than I gunga din, because I cannot and Google will not tell me.

I did not think Tommy was one of my greatest fans. Here’s us both talking when he was on Pattaya 105.

Well done Mark. You have got your badge of honour. Your are not less significant at all.

This is of course all good news. It means I guess that when I am down in Pattaya I can ring up and get a request to replace the stuff I have been listening to of late. So stand by to hear some Andy Stewart, ‘A Scottish Soldier’, dedicated to Brian Goudie, Harry Lauder, ‘Stop your tickling Jock’- to my kids. Russian Red Army Choir, Gershwin, and Irving Berlin not forgetting the ‘Ying Tong Song’ for Pattaya’s bar crawlers and a dedication to Noyes – ‘Always look at the bright side of life’. My knuckles are rapping my desk at the thought.

And the thought of all the beer bars playing simultaneously: ”I can write a sonnet about your Easter Bonnet” is just ecstatic.

Thai Police Play The Keyboards At My Wedding To Child Bride

March 23, 2008 Andrew Comments Off on Thai Police Play The Keyboards At My Wedding To Child Bride