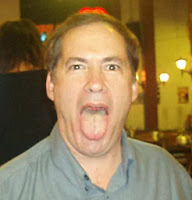 The former website officialblowjob.info which was held by American Drew Noyes and reported by British journalist Andrew Drummond on this site and in the documentary ‘Men in Suits and Influential People’ has now been transferred to…yes you’ve guessed it …..Andrew Drummond.

A mysterious You know who has sought ownership of the title again after its expiry and registered it again under the cover of Wild West domains and falsely stated that the site host was now Andrew Drummond, even providing a false address in Ramkhamhaeng, Bangkok and a false telephone number.

In an apparent attempt to keep the domain in Drummond’s name it has been marked:

But the buyer only appears to have paid US$10 or so.

Andrew Drummond said last night: “If this were to have been done by Drew Noyes it would really shows best of all just what class Mr. Noyes really is in. I’m guessing that I might have to look forward to being the owner of his other sex-tourism domains in the near future.

“Needless to say I have not applied for the blow-job site.  And obviously I may be talking to ‘Wild West Domains’ about it. The site has not been populated. That will be interesting.” 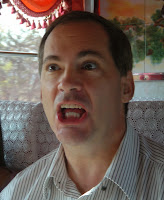 He added: “In the light of his history in America of demanding oral sex from office staff, an allegation made in the Wilmington Morning Star,which he denied saying the woman was a trouble-maker but did not hang around to answer, this appears to be a particular obsession of his, so the suspect list is somewhat narrow.”

Readers of this site will remember how after we reported about the investigation into him by the Wilmington Morning Star in North Carolina Mr. Noyes created a site called WilmingtonMorningStar.net (its shut down now) on which he announced that Andrew Drummond’s story was rubbish. When that failed he resorted to telling people the real story was in an ‘April Fool’s Day’ issue.

Drew Noyes, the American founder of the defunct Pattaya Times newspaper, has taken to making massive internet attacks on Andrew Drummond, the ferocity only increasing when each of his court cases fails. 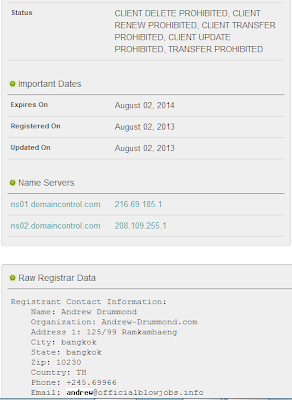 Andrew Drummond has revealed that the so called ‘Adviser’ to the Mayor of Pattaya, has a US$72,000 fraud judgement against him in the United States, and was exposed by the American press as a man of myriad lies chased by lawyers with unflattering accusations’ before arriving in Thailand to re-invent himself.

Several foreigners have complained of being defrauded after contacting Noyes through his companies PAPPA Co Ltd., and One-Stop-Service-Center.

More recently even Noyes’ own lawyer has refused to handle a case he wanted to press fearing, perhaps, he might be overstepping the legally ethical barrier.

Drew Noyes has declared himself the Foreign Adviser to Mayor Ittipol Khunpleum, the young U.S. educated Mayor of Pattaya and designated himself as the person  to promote Pattaya as the ASEAN hub as well as linking Pattaya to Angelese City in the Philippines and Las Vegas.

He is currently fighting cases of extortion and fraud at Pattaya Provincial Court. But the combined brains of the CSD, local police and city fathers’ have yet to catch up to his game.

A MAN OF MYRIAD LIES

Murder On The River Kwai

June 6, 2007 Andrew Comments Off on Murder On The River Kwai