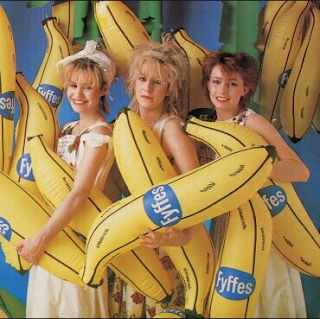 In one of the most unlikely trade negotiations of this year Thailand has been discussing increased trade and co-operation with Fiji – that bastion of Dictator-Prime Minister Commodore Josaia Voreqe ‘call me Frank’ Bainimarama.


According to the Thai News Agency:-

‘Agriculture and Cooperatives Minister Yukol Limlaemthong said he and his Fijian counterpart had talked about the two countries’ academic cooperation in terms of fruit cultivation, processing of coconut oil and post-harvest technology.
‘Fiji expressed its wish to learn agricultural technology from Thailand in order to develop its food products for export’.

I would have put this news on the back burner but you never know what’s going on with the head of news over at TNA Bananarama – that’s how they sign off isn’t it? Sounds like it.

But wait a minute. What’s this? 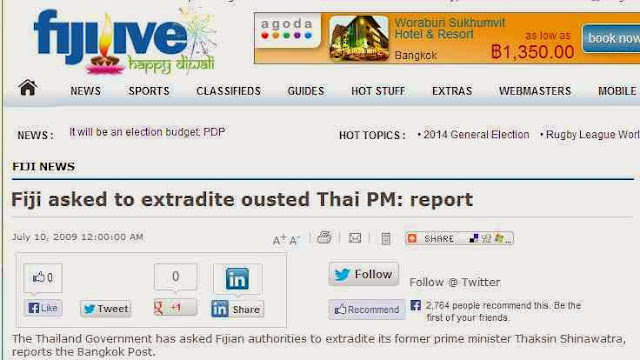 Thailand seeks deportation of Thaksin Shinawatra from Fiji?  Ah yes, I remember and it was widely reported at the time that Thaksin had offered Fiji a US$280 million grant for asylum. That would have come in handy for Frank. But it was later emphatically denied by Thaksin’s lawyer. 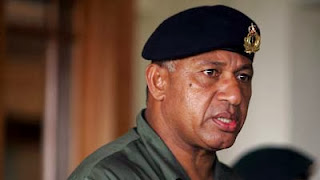 Frank had stepped down from office before the arrival of Thaksin in 2009 but he was back in power again before Thaksin’s arrival by private jet, as the man appointed to succeed him President Ratu Josefa Iloilo had abolished the constitution and sacked all the judges and put him back in power, all within about 24 hours.

The same year Fiji was suspended from the Commonwealth of Nations.

Perhaps the boss of the ‘Bainimarama Republic’ as it is now known, was seeking advice on how to earn money as a politician and keep it.