Controversial American Drew Noyes, a self-appointed expert on Thai libel law, was to invited speak at the Foreign Correspondent’s Club after claims that Thailand’s Computer Crime Act was widely being used by foreigners and had become a ‘crook’s charter’ But he kept shtum.

Noyes, the founder of the now defunct Pattaya Times, who runs the controversial ‘One Stop Service Center in Pattaya, remained silent – an unusual and unexpected departure. Instead he tried to distribute a statement which claimed among other things that Drummond reported that Drew Noyes’ wife gave oral sex services to foreigners.

British investigative journalist Andrew Drummond told the FCCT that more and more foreigners were catching on to Thailand’s computer crime act and using it to silence critics or even make them leave Thailand. It was tailor made for crooks.

This happened widely in property deals when swindled foreigners went to remonstrate with the swindlers. Once they had received a verbal or written invective from the victim the fraudsters simply went to the courts to make charges both under Thailand’s criminal libel laws and Computer Crime Act.

Drummond, who had been sued many times by what he described as ‘fake foreign lawyers’, said he was on top of the situation and winning – so far six cases against him had been dismissed – and none of the remaining cases appeared to have any validity

“But that is not the point. These people do not really care if they win They are trying to drain me of all my cash. One has publicly announced this”.

Drummond signalled what he said were two fake lawyers and one former Australian brothel owner, who were currently taking him through the courts.

During the pre-trial investigation when the brothel owner was suing Drummond for calling him a pimp Scottish Australian David Hanks was at pains to say he was not.

Hanks concedes he was brothel owner

But when it came to the trial Hanks was forced to admit that he was the registered owner of Masquerades brothel in Melbourne.

Drummond said Hanks has now been arrested and charged with racketeering in Pattaya. money lending to Russians at 60 per cent per month.

Brian Goudie, another Scotsman suing Drummond, who had written the FCCT his own ‘cease and desist’ order to stop the screening of the video ‘Influential People and Men In Suits’, said Drummond, was a man who falsely claimed to be a lawyer and a former officer in the Royal Marine Commandos.

He was none of those things. He had been jailed in Australia for six years for fraud and had since changed his name from Goldie to Goudie.

Drummond told how Goudie was currently in the courts in Pattaya on two charges of fraud, one involving a 75-year-old American woman who he had defrauded out of US$300,000 on a promise to get her son out of jail where he was being held on child sexual abuse charges.

An American (Drew Noyes) who was also suing him, had also falsely claimed to be a lawyer, and was in the courts in Pattaya for extortion and fraud.

Earlier Dr Wyn Ellis had described the massive legal campaign against him by Supachai Lorlowhakarn Director of Thailand’s National Innovate Agency. He had won nine cases brought against him and Supachai had been convicted of forgery, confirmed on appeal, but Supachai had still got his job.  Supachai, he said, had lifted his material en masse and submitted it for his own PhD at Chulalongkorn University.

More recently a campaign against him had taken a more serious path. Instead of rocks being thrown through the windows of his car, he was now getting death threats. Nevertheless, he said, it was not without its humourous moments.  One person, who had told him he was going to kill him, he managed to engage on the phone. Dr. Ellis asked the caller what he was being paid. Whatever it was it was not nearly enough.  he said he would give the man 300,000 baht if he told who it was who is employing him, he said,’ but don’t give me your answer now. Call back!’.

Dr. Ellis then went along to his local police station to lodge a complaint. While he was there his threatening caller called back and he put the call on speaker phone.  “Will 50,000 baht be too much,” said the caller.

Ellis thanked journalists Erika Fry and Andrew Drummond for highlighting his case. “It is without doubt that the publicity forced Chulalongkorn University to take away Supachai’s PhD,” he said.

Erika Fry decided to flee the country while on bail. She felt that the Bangkok Post was feeding her to the wolves.

Dr. Ellis also paid tribute to Andy Hall who could not be present but was currently being sued by National Fruit following his involvement in a human rights report for Finn Watch. 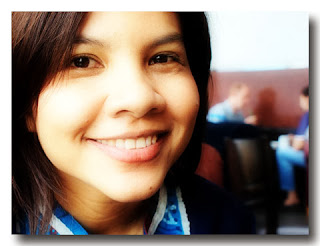 Supinya Klangnarong the feisty Thai fighter for press freedom described her 400 million baht libel fight with Thaksin Shinawatra’s Shin Corp, which she won, warning that the Computer Crime Act could get worse rather than better.

David Streckfuss, an authority on lèse majeste and libel laws,  gave some statistics on libel and computer crime cases. Only 67 per cent were accepted, but once accepted they had a good chance of winning. The laws are not designed to draw out the truth, he said, merely to protect people’s reputations.

Drew Noyes had earlier attempted to distribute a leaflet around FCCT members. Among other false claims, he stated that Drummond has written that his ‘wife gives oral sex – blow jobs – to foreigners in Pattaya.

He was told he could hand his long epistle to individual members if they wanted it, but could not place it on any table. He decided to film the proceedings and could be seen regularly texting – at least one to Mr Goudie who was feeding his ‘Asia-Case-Watch’ site.

Noyes’ leaflet stated a number of false and imaginery claims against Andrew Drummond. Here’s his summary below.

” In
summary, my personal experience in Thailand has taught me that its
anti-defamation laws and the Computer Crimes Act are
still needed to defend innocent parties against unscrupulous tabloid
journalists and bloggers seeking to earn money in this beautiful land in any way
they can.

“I dare say that if any member’s child was pictured on Mr.
Drummond’s site and their wife was accused of being a whore giving blow-jobs to
foreigners in Pattaya, that that member would take action against Mr. Drummond.
To be called a fugitive and convicted fraudster –a total lie–without ANY proof
must be stopped.
“Mr. Drummond should be compelled to retract all of his libelous
and defamatory statements, remove all articles and photos when they represent
copyright infringements, remove all altered photographs, and make a public
apology to those he attacked. He should resign from the FCCT with immediate
effect.”
Brazilian Pimpernel

SURPRISE GUEST: Apart from a couple of boiler room guys who managed to get into the FCCT (one was a founding member of Drew Noyes’ short lived Optimists) last night a surprise guest also turned up. I was told a very suspicious looking character was lurking about. But then lo and behold Ivan Schiffer, Noyes’s one time right hand man and videographer, came up to me and presented me with the book ‘The World’s Greatest Crooks and Conmen’.  He wished me luck and slipped back into the crowd. That’s the last I saw of him. Ivan used to be a ‘Pattaya Times reporter. Drew Noyes went gunning for him after Ivan warned an American not to invest in any Noyes projects. He was arrested on overstay. Immigration would not accept the proffered 20,000 baht and he was deported to Brazil.

Andrew Drummond comments: Needless to say I have not singled out any of Drew’s children in any story. This site has a strict policy of not identifying juveniles, victims of sexual assault, blackmail etc., not in the public domain. If there is a picture of Drew’s daughter it can only be one put by Mr. Noyes in the public domain and she must I presume be in a crowd shot, perhaps as a crowd filler for the opening of his One Stop Service Center. I have not accused Drew Noyes’s wife, or any of his women past or present, of giving ‘blow jobs’ to foreigners. Nor am I interested. I have however clearly stated that Drew Noyes was exposed by the Wilmington Morning Star in North Carolina and those allegations included property fraud, bogus share dealing, and that in North Carolina several assaults on women complaints had been lodged against him, and that in California a woman had given a deposition to state that she was fired by Drew Noyes after she refused to give him an oral sexual service. Her lawyers were still looking for Noyes when he left for Thailand. I have also stated that there is US$72,000 judgement against him in San Jose California, brought by a Mr. Tom Flanagan who claimed Drew Noyes defrauded him, that his CV contains myriad lies, and that he has been pursued by lawyers with unflattering accusations,  and have reported on many complaints brought against him and Wanrapa Boonsu in Thailand, and other behaviour which has emulated his behaviour in the United States, as first reported by Scott Gold, now with the LA Times. That behaviour included allegations of selling National Housing Authority flats to foreigners at highly inflated rates falsely claiming he had to pay officials, grossly overcharging clients for simple tasks, pocketing cash intended for a  Thai woman and so on. Indeed had I made the statements claimed by Noyes, such as stating his wife provided oral sex services he would be taking me to court over them, However he is not because those claims are fiction.
SUMMARY
Andrew Drummond: What a great night – and what great support not only from my colleagues in the media, but old friends and new friends I hope. I woke up in the middle of the night giggling to myself. Noyes’ statement was exactly the way in which he presents his court cases, which is why they have all been failing. In other words he just makes it up and deliberately mistranslates my articles, that’s when he bothers to actually have them translated.  Thank you all. I understand he applied to the FCCT to be a country member stating his occupation as journalist.  If that’s true, I hope they amend his occupation at least. I’m still 50,000 short in my fund. So any help needed. But if all those who shook my hand were to give 1000 I’d be up to speed and now be able to move against Goudie. Good news though – my kids’ school is letting me pay in instalments.

VIDEO EXCLUSIVE: ‘HE WHO SWOOPS LIKE AN EAGLE’ SAVES THAILAND FROM FINANCIAL CRISIS.-

October 31, 2013 Andrew Comments Off on VIDEO EXCLUSIVE: ‘HE WHO SWOOPS LIKE AN EAGLE’ SAVES THAILAND FROM FINANCIAL CRISIS.-