Officers of Cambodia’s Anti-Corruption Unit have arrested a
lawyer and a provincial official allegedly involved in a biofuel scam promoted
by ‘cash for questions’ Peer Lord Laird.
The move follows the arrest of British businessman Greg
Fryett, who employed the Peer to promote his ‘Substainable Ago Energy company whose assets were frozen after intervention by the Serious Fraud Office last
year.
It is alleged that Fryett, 47, a former Bangkok businessman originally from Torquay, bribed officials to provide forged
land documents for a massive plantation in Banteay Meanchey Province in
northern Cambodia to grow jatropha, a plant used in bio fuels. 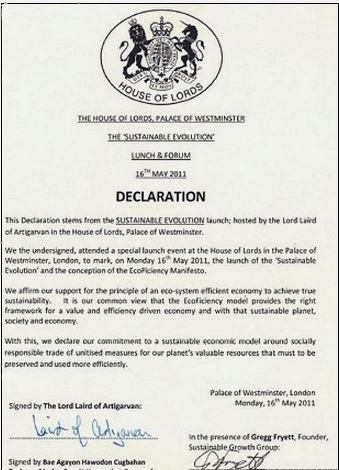 The company may have taken as much as £32 million off
Britons many of whom offered up their pensions on a deal which Lord Laird who
said at a parliamentary promotion:

Fryett has pleaded innocent from prison in Phnom Penh saying
he want out to Cambodia to sort out the problems having been promised immunity.
According to a SFO report made by investigator Mark Thompson Fryett had paid himself a salary of US$25,000 and banked cash in Switzerland and Tanzania and the British Virgin Islands – totalling US$5.7 million
The officials arrested are Banteay Meanchey Deputy Chief of
Administration Ouk Keo Rattanak and lawyer Ty Pov.
Fryett’s alleged Cambodian-American accomplices, Om Sam Ang
and Soeun Denny, were arrested last year for allegedly faking public documents
and clearing forest land.
British pensioners have also been swindled in other  ‘plant a tree’ schemes in South East Asia
including bamboo plantations and agarwood – which produces a fragrant incense.

WHAT’S COMING UP ON ANDREW-DRUMMOND.COM

December 4, 2013 Andrew Comments Off on WHAT’S COMING UP ON ANDREW-DRUMMOND.COM