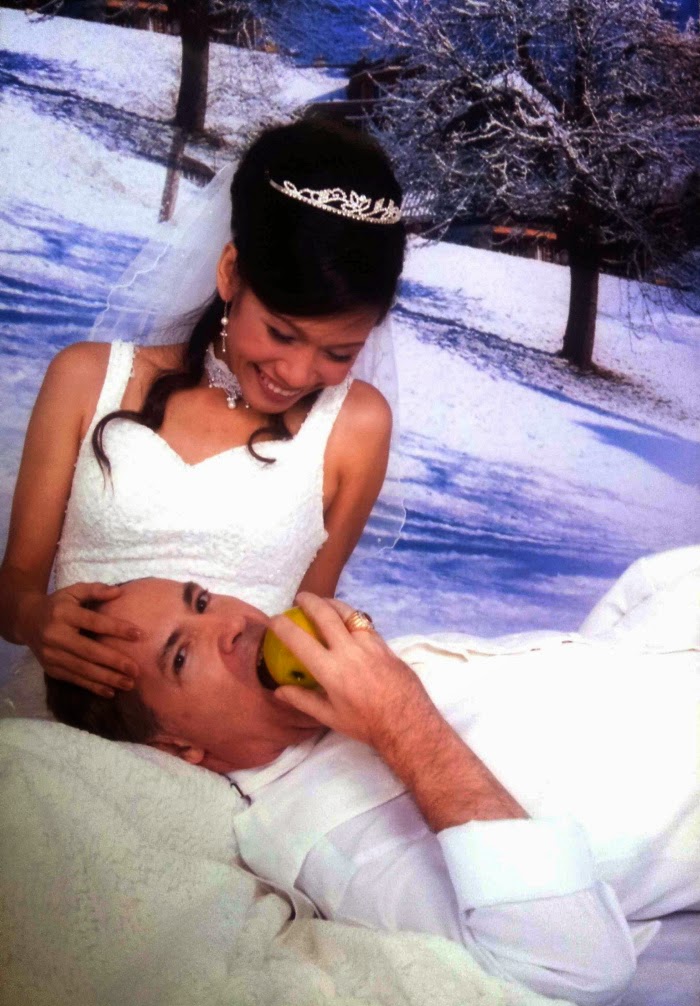 DREW NOYES DENIES EXTORTION OF THE THONGLOR CLINIC
Drew Noyes, the former owner of the Pattaya Times, who was exposed in the Morning Star newspaper in the United States as a man of ‘myriad lies’ before coming to Thailand, today finally took the stand in the witness box at Pattaya Provincial Court to answer charges of extortion.
American Noyes, 59, and his wife Wanrapa Boonsu were arrested over two years ago for attempting to extort 7 million, later reduced to 2.3 million baht, out of the Thonglor Clinic, Pattaya.
It’s alleged that he demanded the money on pain of a raid by the Crime Suppression Division and bad publicity in the Pattaya Times when illegal substances would be found.
Noyes was scheduled to give evidence for two days along with Wanrapa and David John Hanks, former licensee of the Masquerades brothel in Melbourne, Victoria.  But the case was adjourned until today after lawyers for Michael Goulet objected to Noyes’ interpreter.
Noyes was allowed to sit on a cushion he had requested to bring along for the occasion as he gave evidence. Evidence was interrupted as he took ‘rest room’ breaks.
While in Britain and the United States the law states all court cases should be reported contemporaneously – ie in the next issue of a newspaper or next available broadcast slot – judges have ruled this case cannot be reported until the evidence is concluded nor can journalists take notes. 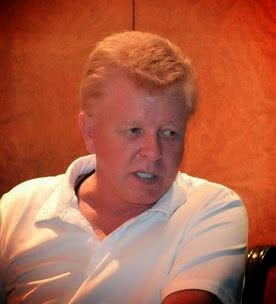 After his arrest Noyes conducted a campaign against the Thonglor Clinic in the Pattaya Times newspaper claiming that it was acting illegally. He claimed as a responsible citizen he was taking unilateral action against the clinic and investigating the case of a ‘businessman’ – actually David Hanks, 66, his business partner – who had suffered as a result of visiting the clinic.

He has also claimed that cash handed over to him by Mr. Goulet in the News Restaurant in Pattaya was not the first payment of a blackmail demand – but payment for advertising.
After returning from America in May he failed to surrender to bail in Bangkok on libel and computer crime act charges claiming he was sick after his long air travel.
Earlier this week Noyes surrendered to 100,000 baht bail but tried unsuccessfully in Bangkok to delay libel and computer crime act cases 4522/57 and 4553/56 brought by Alastair Cooper and Andrew Drummond  claiming multiple reasons, none of which the judges accepted.
The court also refused to hand back his passport saying he had to make a separate application.
Today Drew Noyes triumphantly put up a picture on Facebook and Google+  of himself holding a passport – stating that claims on this site were untrue.

The Morning Star newspaper in Wilmington, North Carolina, carried out an investigation into Drew Noyes before he came to Thailand claiming he came by royal proclamation to aid the Bank of Thailand during the economic crisis in the late 90’s. The investigation reported not only that he had invented his own biography but was being sued for share fraud, property fraud, and sexual harassment. 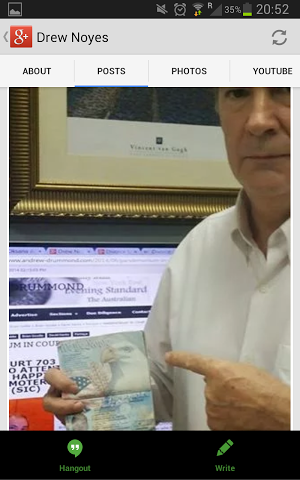 * The description ‘newspaper magnate’ is not our description but Noyes’ own. Drew Noyes’ Pattaya Times was in the main drivel containing little news but PR handouts.

Its main purpose was to promote Drew Noyes, the Mayor and local police commanders and to frighten ‘expats and tourists’ into using his services. He did this by for example announcing the government would seize all properties held in companies run by foreigners – but he offered a solution.

He also published a report on Thaksin Shinawatra’s death, that he had discovered a cure for AIDS, and that he had the solution to the BP Gulf of Mexico oil spill.
In an earlier story we stated that the case was delayed because Mr. Noyes could not find an interpreter. In fact Lawyers for Goulet objected to the interpreter produced by Drew Noyes and this was the cause of the delay.  We are happy to correct this matter and will of course always correct errors of fact if they are pointed out.