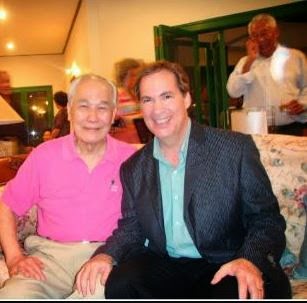 American Drew Noyes, currently on trial for extortion in Pattaya, has revealed today that he has bagged another Prime Minister in his ‘selfie’ search for people of influence to enhance his own reputation and influence in Thailand.


On his Google + page he is now proudly showing off a photo of himself with former Prime Minister Anand Panyarachun, who while not elected has been twice Prime Minister of Thailand, in the 90’s.

Noyes, an éxposé of whose activities remains to this day on the internet in the archives of the Star newspaper in Wilmington, North Carolina, bagged the shot while visiting the Prime Minister, he says while helping support the former Prime Minister overseeing two Special Olympics in Thailand.

This is indeed an impressive record. He has bagged a picture of himself with a Thai Princess, while he was said he was representing American servicemen in Thailand. He got himself a job as an MC at a party held in the grounds of the Australian Embassy. 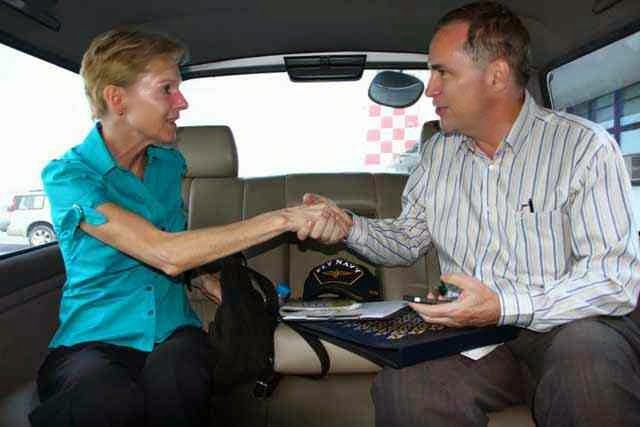 And he bagged a picture of himself with US Ambassador Kristie A Kenney together on the back seat of a limo.

He has also had himself pictured as an award winning lawyer (er, which he has never been) with the Supreme Commander of the Royal Thai Police Immigration Department.

And he has had himself photographed several times with the former Head of the Crime Suppression Division,  and got close, but not close enough, to get pictured and quite call himself a friend of former Prime Minister Yingluck Shinawatra.

And of course he has had his picture taken frequently with the Mayor of Pattaya, Ittiphol Kunplume, and described himself as the Mayor’s adviser.

The picture with Anand Panyarachun was apparently taken four years ago, and he has an affectionate hand on the former PM’s knee.

The former PM was sponsoring a golf tournament on the eastern seaboard in aid of the Special Olympics and hosted an event for everyone involved (media included) and many not, at his home in Baan Chang. More recently Noyes has been associated with Army Generals (he has bagged three).

But why is he putting these old pictures up on the net now – is he going down memory lane?

On the adverse side the photos do not yet appear to have done him an awful lot of good. Having co-founded the Pattaya City Expats Club, he failed to get elected after a row over cheating members in a housing deal.

His skills as a skydiver which he put in his biography were called into question after video film showed him reluctant even to jump from a small tower with safety harness.

His Pattaya Times newpaper folded after being continuously exposed here. (This was not a total failure. He got millions for selling shares in it).

His Optimists Club failed after it was struck off by Optimists International for failing to pay its dues.

And now he is facing a 5 million baht civil judgment against him for, in essence, ‘bullsh*ting’

His extortion case continues on September 23.