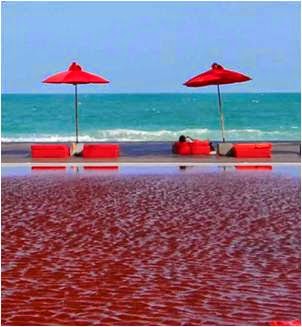 Two Chinese American students who allegedly beat a Thai international school student unconscious at a dance bar in Koh Samui leaving him with a year’s worth of corrective surgery have settled down for the weekend in ‘The Library’ after a court in Koh Samui refused to return their passports two days in a row.

Their appeals for the return of their passports were dismissed despite a plea by the father one one of them, an international executive with degrees from both Harvard and Yale Universities.

The students who had just graduated from the Shanghai American School (SAS) checked in with one of the fathers to the plush Library Resort in Bophut, Samui and are expected to appeal again on Monday.

The Library Resort in Bophut is a fitting place for a prospective Ivy League world leader.

Both had applied for bail so they could study. The resort offers excellent facilities for tomorrow’s prospective leaders and has a blood red pool for international executives who like to mix it up in the water without being noticed.

It had been an emotional two days for #RaymondTonyChang, 19, and Ryan Yunshang Wang, 19, who flew into Koh Samui for a remand hearing. It was also emotional for the father of Raymong Chang, who flew in with them and had hired the island’s most expensive two lawyers.

The father, Rayond Nobu Chang told the court in a written submission that in April 2000, he was voted by Fortune magazine as one of the twenty-five Next Generation Global Leaders under 40. He had been, he said, the CEO of many companies trading on Nasdaq, London, Taiwan and Honk Kong stock exchanges.

His son he said was: ‘a wonderful kid with great honour standing’. He was one of the top students at Shanghai American School and had never been involved in any disciplinary matters.

And young Raymond, he added, was ‘one of the leaders in our Shanghai Church Youth Group’ and volunteered in many charity organisations.’

“My son was in Koh Samui with his high school classmates for their Senior Graduation Trip. On the evening of June 9th he and his mates were in the Green Mango Club dancing and their fun was interrupted by the arrival of another international school student from Bangkok Mr. Jack Hansel-Bartel.

“Out of the reason of protecting his friend and self-defence my son was caught in a situation with Jack Hansel-Bartel.  The police have since arrested him and restricted his travel abroad.

“We have gathered many evidences, witnesses, and have co-operated with the police investigation. We are prepared to come forward and prove his rightful behaviour in this situation”.

The father asked for the return of his son’s passport promising that he would return as ‘we believe it is absolutely necessary for justice to be revealed in this case’.

“To prove further out sincerity we are willing to meet any further additional which you may deem necessary to grant the removal his travel restriction”.

Earlier Raymond Nobu Chang was involved in a scuffle with a cameraman from Asiaworks Television in Bangkok representing Australia’s Channel 7.   The cameraman was momentarily stunned as a Chang grabbed at his rig ripping off the microphone.  But he was reported to have made a retaliatory blow striking the father in the face.

Mrs. Annie Hansen, the mother of the victim Jack Hansen-Bartel, who graduated from the New International School of Thailand also flew down to the island to fiercely defend her son’s interests.

It’s alleged that Mr. Chang, who has been accepted by the Ivy League Cornell University and Mr. Wang who is going to Purdue University  made an unprovoked attack on  Mr.Jack Hansen-Bartel while he was dancing in a club in Soi Green Mango rendering him unconscious, and set to do months of corrective surgery.

Wang and Chang had earlier been granted bail claiming they needed to study and attend the memoriial for their recently deceased grandmother in China.

It appears however that they flew in from South Africa. 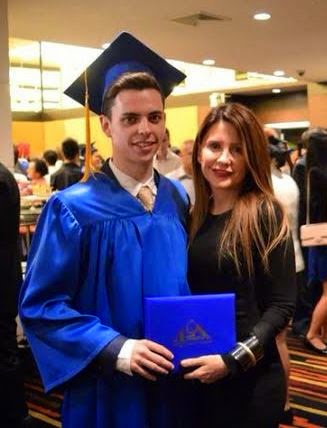 The parents had paid out in the region of US$17,000 dollars for bail and the passports.

Meanwhile it is understood they are counter charging Jack Hansen-Bartel from Mentone, Melbourne, Australia, who has applied to go to Australia’s Monash University.

Fighting mum Annie who is afraid if they leave Thailand again they will never come back again, is lodging an objection to the Chinese American youths’ appeal for permission to travel abroad. The appeal will be heard on Monday.

While The Library is luxurious and will have set the families back a thousand or so dollars over the weekend the cost is just a minor fraction of the surgery Jack has undertaken and will have to undertake further, according to Jack’s mother.

After the attack Jack Hansen-Bartel was initially transferred to the Bandon Hospital in Koh Samui ending up in Bamrungrad hospital Bangkok. 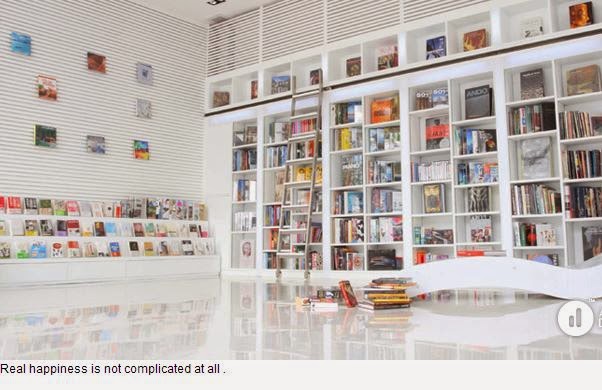