Fake News Gangland Murder
October 15, 2014August 16, 2018 Andrew 2763 Views courts, David Miller, Hannah Witheridge, Koh Samui, trial, Zaw Lin min read
CONFUSED ABOUT WHAT’S HAPPENING IN THE KOH TAO MURDER TRIAL? HERE’S A ROUGH GUIDE
A defendant writes
Thailand’s Justice system will come under considerable scrutiny during the trial of the two young Burmese men if foreign observers are allowed and foreign police are also able to come and ‘liaise’. But just how far the international spirit of c-operation will extend may be rather limited.
The main request for the Thai police will of course be to politely ask whether the two men can be separately and independently DNA tested so an absolutely new full profile can be done so this can be then matched to the sperm and other evidence Thai police have. It seems highly unlikely at this stage that this will be allowed.  Its a sovereignty issue.
There already has been some confusion in the media as to what Thai Prime Minister General Prayuth Chan-Ocha will allow. In some media he denies the Charge d’Affairs was summonsed to the Foreign Office. In some media he appears to state that both the Burmese and British envoys are satisfied with the status quo.  But he has apparently promised full assistance to international observers.
As the trial got under way yesterday there was also some confusion as to the reporting of trials in Thailand.  The Bangkok Post for instance reported what the witnesses said.  The Nation did not. But we can assume a sort of news blackout may be enforced.
British law for instance dictates that trial reports must be contemporaneous. That means reporters must send their copy in time for the next available edition of their newspaper, website, or television station. 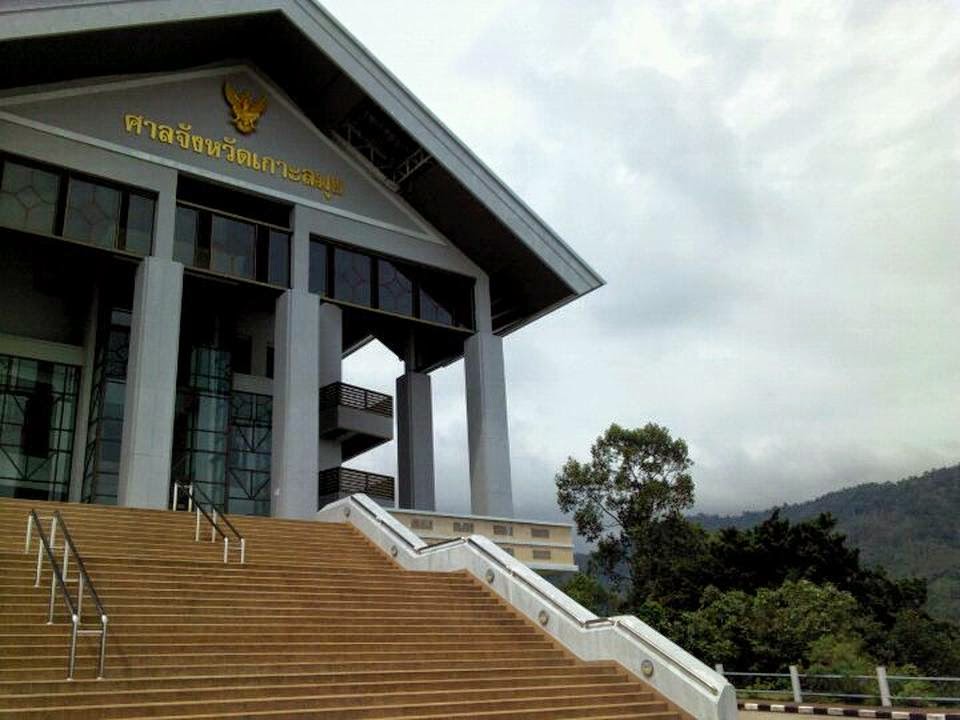 Thailand is not so media friendly. Often judges will forbid reporters taking any notes at all (This happened in a recent case involving an American in Pattaya on extortion charges). Reporters will not be barred from the courts, but they are barred from publishing until the end of the trial.
This makes life a trifling difficult. As in real life Thailand murder trials, or any trials for that matter, can take over six years, while the record is some 20 plus years, with some defendants and several witnesses dying during the process.
This happens because trials can sit one day a month, one day every three months, and if say a witness does not turn up, or a lawyer, as frequently happens, one can lose half a year just like that.
Ok, there’s no need for journalists to be actually there one might think.  Records are kept of all court cases. Just look up the records. Well, yes, that it true, But the records are only available to the defendants or the plaintiffs, or their lawyers. The judge may however issue his judgment.
This makes it very difficult for journalists who cannot report trials day by day, cannot take notes, and who will not bother to turn up for an out of town trial if it is going to be delayed anyway. What is written it totally controlled. And how can they recall something somebody said six years ago without a note?

Truck loads of prisoners every day are taken to the Thai courts. Its an endless debilitating process for them in the cells down below wondering if anything is going to happen. So why should journalists turn up.

This is why in Thailand we see endless public arrests, but never hear the result. The only results possible are or course punishment, acquittal or pay off.  In the case of the Burmese there are only two possible results, punishment or acquittal. Acquittal seems unlikely unless there are major international issues.
As for journalists, well lets suppose they can get the court records from the lawyers of either side.
What will they contain?

Well what they will NOT contain is a verbatim transcript of proceedings. There will be no verbatim transcripts of anything. No recordings. Zilch.  Well there will be print out of a recording of witness testimony from a judge’s dictaphone machine.  The judge listens to the testimony and summarises what is said.  He will ignore things which he or she sees as irrelevant.  This can be confusing because any given case can have several judges, sitting, one after the other – and all they have to go on are the previous judges notes.

They have to relearn the case from the beginning.  This is where a lot of things go wrong.
Now in the case of Katherine Horton, 23, who was murdered and raped in Koh Samui in 2006 the case was done and dusted very quickly. The two defendant were tried and sentenced to death within a few weeks. The death sentence was later commuted.  This was solely because the case was high profile and ‘tourist related’.  The talk in Koh Samui today is even that those two were scapegoats.
In the case of the culprits being Thai police – well that process can take a little longer, as in the case of Police Sergeant Somchai Wisetsingh, who murdered Britons Vanessa Arscott and Adam Lloyd in Kanchanaburi, and who got bail immediately and was free for about nine months, and a lot longer in the case of police sergeant Uthai Dechawiwat who murdered Canadian Leo del Pinto in 2008 in Pai and was not sentenced until 2013 – during which time he managed to beat his 18 year old wife to death.
But the easiest way to be exempt from punishment for murder it seems is to be a ‘head man’ like Somchai Khunpleum, the Godfather of Thailand’s Eastern Seaboard.  He was sentenced to 25 years in jail ten years ago – and does not really know what the inside of a prison looks like.

Thai Criminal Law is in fact based on British law which was studied by Prince Rapee and imported so to speak.

There the similarity ends. There are no jury trials. They do not work in Asia where jurors perhaps are even easier to nobble than judges. There are no brilliant grillings of witnesses by the likes of George Carmen QC.

And if several languages are used during the trial, well then again it becomes a case of ‘ Send reinforcements we are going to advance’ becoming ‘Send three and four pence we are going to a dance.’

In this Comedy of Errors which even the judiciary knows is in drastic need of reform two young men’s lives hang in the balance.

It would be gross to think they were being hurriedly put on trial to save tourism as peak season approaches.