Britain’s Financial Conduct Authority has banned one of the main distributors of Harlequin Property, which sold dodgy deals on Thailand’s eastern seaboard to pensioners, and fined him £169,500. 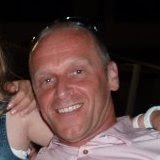 Robert Shaw was a director of TailorMade Independent, based in Leicestershire,  when between January 2010 and 2013, 1,660 TailorMade clients invested a total of £112m – with amounts ranging from £5,000 to £440,000 each – mostly from pension funds including some final salary schemes, into SIPPs.*

Some 923 clients – invested in the unregulated overseas property developments in the Caribbean operated by Harlequin, the FCA said, including Shaw himself.

The FCA report is not pretty.

Two other directors of Tailormade, Lloyd Pope and Peter Legerton were also banned by the FCA from senior positions in financial services. Pope was fined £93,800, Legerton would have been fined £84,000, but for financial hardship.

Harlequin Property, run by David Ames, a former bankrupted double glazing salesman from Essex , had taken the cash, mainly from people’s pensions to build some 6000 homes in the Caribbean, but only a few hundred were built.

The matter is under investigation by the Serious Fraud Office.

“Investors – who put hundreds of millions of pounds of their pension money into the scheme expecting a ‘guaranteed’ monthly income from rents on Caribbean tourist villas – have in the vast majority of cases been left without the promised income or even access to their capital, after work stopped on the Harlequin resorts and its sales arm entered liquidation.”

With the help of Niels Colov of the Pattaya People Media who provided television and print publicity; and Richard Haughton, then President of the Pattaya Jomtien Rotary Club, boss of Harlequin (Thailand)  who described himself as a property investment analyst, a number of projects were started in the Pattaya area.

Again only a few projects were built – One that was was Emerald Palace condominium in Pattaya.

But when the owners made plans to move in and asked for their title deeds they found they had all been mortgaged to the Kasikorn Bank by Haughton and his cronies, who had started the companies TPME, Thai Property and Media Exhibition Company and Headland Holdings, to handle the properties.

A Bangkok legal firm Limcharoen took control of the company and told the owners they would have to pay off the bank loan if they wanted the deeds.

Many did. But after initial hiccups courts stepped in and ordered the deeds to be handed over to all ten clients handled by our assistant Kanokrat Nimsamooth Booth and her legal team.

The clients will get the property at the price they bought it at.

What was happening in Thailand is explained in this short video.

At the time of the Thai scams we were in touch with BBC Panorama who were investigating the Caribbean side and interested in the Thai follow on.

However the Panorama programme was shelved after allegations that a producer had offered an incentive to a Harlequin employee to give evidence against the company.

Comment: Action is being taken but the penalties may not impress people who lost their entire pensions which these people put into Harlequin schemes because of the high commissions and of course getting Thai police or indeed the Pattaya Consumer Protection department to investigate frauds against foreigners

January 17, 2013 Andrew Comments Off on Is Thailand’s Attorney-General Moving Against Dodgy Developers?

Royal Marine Was Scammed By Pattaya Businessmen While Serving in Iraq

April 5, 2012 Andrew Comments Off on Royal Marine Was Scammed By Pattaya Businessmen While Serving in Iraq