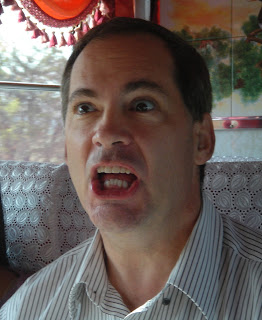 For nigh on two years now I have been battling an American businessmen in Pattaya whom I exposed on this website as being not only a man with a fraud judgment against him in the United States but a man who was exposed in a major newspaper in the United States, for his frauds, lies and sexual harassment of women.

In a normal world this battle would be over in ten minutes. But not in Thailand where the criminal libel laws and computer crime act are being abused extensively and this man dines with judges, police and city officials.

I have been fighting in the public interest because it is clear that this man Drew Walter Noyes is preying on foreigners in Thailand with his so called services to them.

It is also abundently clear that these same laws are being used not just against journalists, but increasingly against foreign victims of fraud in Thailand. Buy a house here; then find out that it does not exist. If you go chasing the villain you may be accused of defamation and hounded out of the county. It has happened….many times…I know the cases. I was not about to let it happen to me.

BUT THE FACT IS HE COULD HAVE GOT ME IN JAIL PURELY BY THROWING MONEY AT HIS CASES.

Noyes used to claim he was a lawyer. I shut him up on that one. He claims he arrived in Thailand by Royal proclamation to help the Bank of Thailand and the country out of its financial crisis. That was arrogant rubbish too.

Each time he pulled a new trick we were able to expose it on this site. This of course has been no end of a problem to him and he has threatened me many times with his ‘influential friends’.

He did not stop there of course. He launched several ridiculous law suits which with your help I have been able to fight off. They are not over but none of the remainder is of any substance. He has even talked about a ‘hitman’ 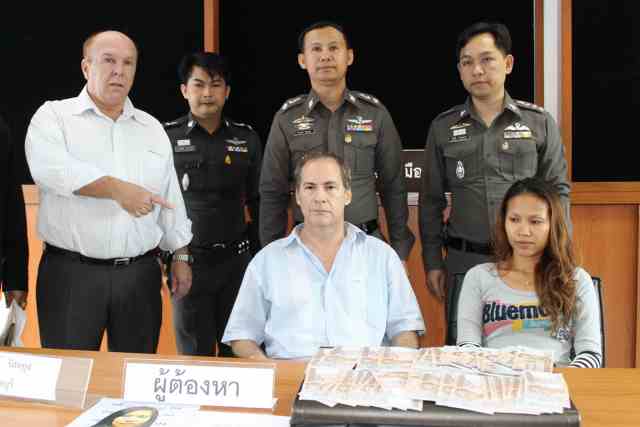 He and his common law wife Wanrapa Boonsu are also in the courts in Pattaya charged with fraud and extortion.

Birds of a feather flock together. Together he has had helping him; Niels Colov, editor of the Pattaya People, and a former convicted pimp and jailbird in Denmark; David Hanks, a former pimp in Melbourne, and Brian Goudie, aka Goldie, who was jailed in Australia for 6 years for fraud.

The fact that Niels Colov, who also has convictions for coercion, violence and vandalism, could be appointed leader of the Pattaya Police volunteers in the first place is astounding.

ALL THESE PEOPLE HAVE OFFICES PROVIDING ‘SERVICES’ TO FOREIGNERS IN THAILAND – WHETHER IT BE LEGAL, NEWSPAPERS, OR OTHER. THE ONLY QUALIFICATIONS THEY HAVE TO CONDUCT SUCH BUSINESSES ARE THEIR ‘COLOURFUL PASTS’. BUT THE AUTHORITIES ON THE EASTERN SEABOARD SEE FIT TO GIVE THEM WHATEVER PERMITS THEY REQUIRE.

Mr Noyes is obsessive about the exposés of his activities in Thailand – to such a point that he has been attacking on the internet anyone he thinks or suspects might be supporting me. It is ironic that while he is trying to do me for defamation he himself hides behind anonymous blogs making any vile accusation he can. He has been joined in that by fraudster Brian Goudie. They have been on rants against gays, people they claim have Hepatitis, alleged elderly drugs dealers. You name it: they have thought up the allegation – all on Google Blogspot sites.

Sometimes its mere gibberish. At other times its downright nasty and he has even been involving other people’s wives.

(For me as a journalist the lies about me are all water off a ducks back. His websites are scarcely believable and I have dealt with scores of these sort of people) 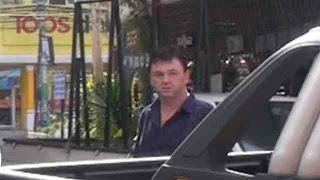 This week, for a while, ‘Google’ took down a story of mine on account of copyright issues.  (It’s back up NOW ) Goudie had claimed that pictures of Bangkao Bay Resort were the copyright of the Bangkao Bay Holding Company.

This is of course true. But these pictures were offered to the public to sell property in Koh Samui which had not been built with a marina for which I can find no permissions offered by a convicted fraudster, who himself has two cases of fraud in the Pattaya courts.

Then yesterday YouTube announced they had struck out a film ‘Drew Noyes won’t jump’.  This was a video of the fake American lawyer failing to make a practice jump at a Thai army base.

Strangely enough while YouTube should have notified me in the ‘Channel Settings’ Section of my YouTube account, the company did not. And as they have not, they also did not give me the button allowing me to challenge any decision.

But as a result I have moved that ‘Noyes won’t jump’ to another account and it is up again. Please feel free to pass it on.

Noyes claimed this was an invasion of privacy. It was not. It was a public occasion.

He claimed on the internet on several websites that he had won a rare and top Royal honour for skydiving.

Actually everyone who made a trip to that army base that day got the same ‘medal’ – even a 14-year-old boy – who did not hesitate to jump.  It cost them 10,000 baht each – that is what the medal was for.Three of the recipients of the same medal, a Dutchman and an American, and a Briton, who used to be his friends, have been vilified by him from behind internet pseudonyms.

Currently we have produced a 27 min.38 sec documentary called “Men in Suits and Influential People’ some 300 people saw it privately before I decided to close it down. It’s not meant to be launched until we have completed the Thai version. Its had a good reaction.

How and where that film will be released I will announce later. We have used clippings from the Pattaya Times to show bogus stories, so no doubt copyright claims will be made; we have used other people’s video to show other frauds.  This is normal journalistic practice and is used here to prove that people are acting unethically and illegally. We are not sure that Google or YouTube understand these concepts. Certainly their decision making is erratic.

For enquiries about ‘Men in Suits and Influential People’ – contact

suits.and.influential.people@gmail.com – and leave a postal address and telephone number

Its possible we might start producing them for a small donation.

Finally contrary to what you may be reading on other sites there are not 77 cases being  brought against me by a whole range of innocent foreigners. Only two cases have been accepted by the Pattaya Provincial Court.

One is being brought by Wanrapa Boonsu, Noyes’ common law wife,  for publishing the picture below. An identical case had already been brought by Drew Noyes and rejected and when the last judge saw this case had been accepted he encouraged Wanrapa to settle.  Drew Noyes would not let her do so.

The second case is being brought by Drew Noyes and David Hanks jointly. Hanks says he has been libeled by me allowing a poster to call him a former pimp. An indisputable fact. He was. I have called him that myself. Noyes says he was libeled by a poster’s comments which ruined his respectable business.

The fact is, just as he did in the United States, Drew Noyes has ruined his own businesses by his own behaviour.

Strangely on the internet Drew Noyes has claimed my passport was seized by the court. In fact this is not true but an attempt was made in the second case to seize it and my lawyers went straight to a higher authority and it was handed back and I was told I could continue my work.

Two cases being brought by Goudie have yet to be accepted and I have no reason to believe they will. Meanwhile two much more serious cases of fraud have been brought against Goudie in the Pattaya Provincial Court.

November 16, 2013 Andrew Comments Off on ‘Stan the Man’ writes for Andrew-Drummond.com – Exclusive