A meeting for those who have invested in Harlequin Property,
which has received a lot of publicity on this site and more recently in the
Mail On Sunday will go ahead this Saturday in Manchester.

For those Britons who have put cash into Harlequin Properties
in the Caribbean or in Harlequin Properties in Pattaya at the time the company
was being promoted by Pattaya People Media the meeting will be held at the
Manchester Marriott Hale Barns, Manchester on Saturday 9th March 2013 first
session 12 pm second session 3pm.
These should include investors in everything offered or later promised by the T.P.M.E. group up to the construction of Emerald Palace.

Harlequin are now subject to an investigation by the Serious
Fraud Office. Everyone with [problems with Harlequin should make themselves
known.

The SFO are however concentrating on Harlequin Properties in the Caribbean – but don’t let that put you off. Here’s what their website says today. 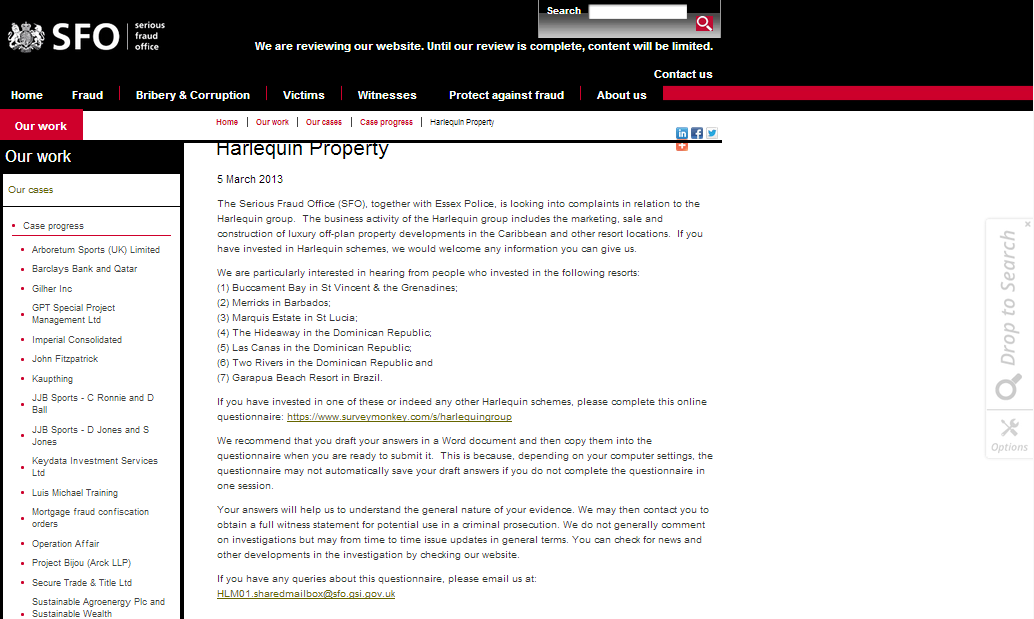 May 2, 2012 Andrew Comments Off on I Am A Thai Court Mediator – Pattaya Publisher And Former Pimp Told theDanish Supreme Court

Why Did Your Police Kill My Granny Mr. Thaksin?ÃƒÂ¢Ã¢â€šÂ¬Ã‚Â

August 5, 2007 Andrew Comments Off on Why Did Your Police Kill My Granny Mr. Thaksin?ÃƒÂ¢Ã¢â€šÂ¬Ã‚Â