A Scottish con man who posed as a barrister, and former officer in the Royal Marines to cheat an elderly lady out of 7.8 million baht (just under US$218,000) was sent straight to jail without being given bail to appeal today.


Having been sentenced to jail for 3 years his attempt to apply for bail to appeal the case was blocked after a Briton, who was also pursuing him for fraud, enacted an arrest warrant and objected – and Goudie was led away to Nong Plalai Prison on Thailand’s. Eastern Seaboard. 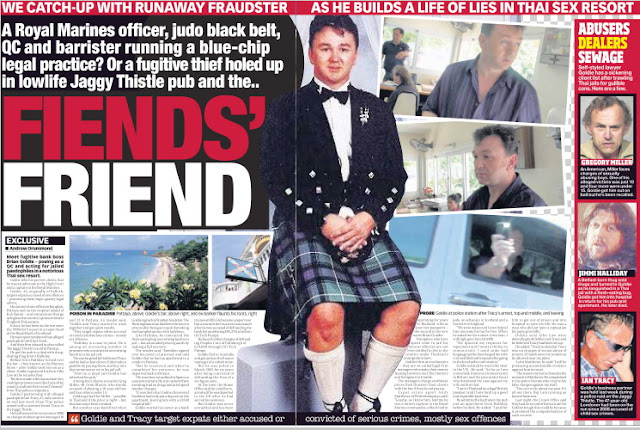 THE FINAL COUNTDOWN FOR TWO INTERNATIONAL FRAUDSTERS AND A FORMER PIMP

May 5, 2014 Andrew Comments Off on THE FINAL COUNTDOWN FOR TWO INTERNATIONAL FRAUDSTERS AND A FORMER PIMP