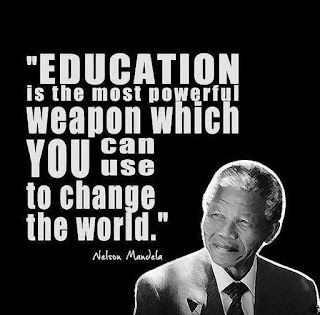 Thailand’s military led government has issued a summons against a group of university professors claiming their meeting to discuss freedom of knowledge in education was against the law.
The group in Thailand’s northern capital were, according to the government, in breach of an NCPO order banning political gatherings of more then five.
The Government may as well save time by outlawing lessons, lectures, seminars, conferences,… then there’s stag nights, hen parties, and military parades.
Thai Lawyers for Human Rights, who of course are banned from meeting in groups of five or more have of course rightly objected.  Otherwise Thailand seems a bit mute on the subject.
This is their statement.

The summons order accused the group of holding or participating in a political gathering of more than five people which defied the announcement or order of the Head of the National Council for Peace and Order (NCPO), after the group held a conference to express their academic opinions on freedom of knowledge in education system at Chiang Mai on 31 October 2015

Human Rights Lawyer Association (HRLA) and Human rights organizations have the opinion that the expression of academic opinion is a legitimate practice under human right principle and law as follows;

1.       The academics’ opinion conference on freedom of knowledge in education system was to express academic opinions about higher education, which is a public topic and a direct objective of university academics.

Constitution, Article 50 of the 2007 Constitution, or even in the interim constitution that was enforced after the 2014 Coup d’état, this freedom is inplicitly guaranteed in Article 4 and 5. Therefore, the academics were using academic freedom that is prescribed and guaranteed by the Constitution.

2.       The accusation that appeared on the summon order cites the violation Article 12 of the NCPO’s order No. 3/2015: “Political gatherings of five or more persons shall be punished with imprisonment not exceeding six months or a fine not exceeding ten thousand Baht, or both, unless permission has been granted by the Head of the NCPO or an authorized representative.”, which the NCPO’s announcement No. 3/2014 issued to be under the jurisdiction of military court, cannot apply to this academics’ opinion conference as it did not meet the element of the offence.

The conference was not a political gathering but a normal academic activity that is a custom and important task for Thai academics.

If such activity is interpreted arbitrarily to be an illegal assembly or political gathering, it will result in many academic activities set to expand knowledge and solve social problems, such as academic seminars, academic conference, academic lectures,  research presentations, community workshops that are organized all over the country, to become illegal and impracticable.

This will lead to the imponderable damage to Thai society, both in the present time and future. No rightful law would intend to have this terrible consequence. Moreover, the acknowledgement and protection of academic freedom in the Constitutions in the past and present confirm that the academics’ action in expressing opinions was bona fide under the constitutional rights and liberties, and not an offence of political gathering as in the NCPO’s order.

By the reasons listed above, Human Rights Lawyer Association (HRLA) and the undersigned human rights organizations have the following proposals:

1.      We encourage the accused academic group, as well as all academics, to have the courage to stand for academic freedom and carry on their valuable duty as public intellectuals with bravery.

2.      The NCPO, the government, the army, and the police must stop using law to threaten academics, by cancel the charge against the academics who did their job rightfully under constitutional academic freedom.

3.      Together, Thai people must demand the NCPO, the government, the army, and the police to respect academic freedom and stop the intimidation and threatening to the academics who work honestly as the society’s intellect.

Footnote: The author was amused at the plan by the Indian Medical Association to hold its conference in Pattaya.  The conference has now of course been cancelled and the doctors grounded (to India). But to be fair to the medicos, neuro surgeouns, spine specialists etc., Pattaya must be a medical and psychiatric heaven for research fellows even if only a couple of foreigners fell from high places during their stay.
Of course they may have been more tempted to research the go-go bars.

Perhaps the academics should have held their meeting at The Spotlight a go go in Chiang Mai.

November 12, 2015 Andrew Comments Off on A CRY FROM THE WILDERNESS AS THAILAND’S DISAPPEARED GO UP IN SMOKE