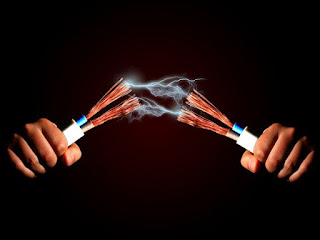 Five legal and human rights organisations have called on the Thai government not to prevaricate against drafting laws allowing prosecutions for torture and enforced disappearances in the country.

This followed a decision by the National Legislative Assembly on February 21st to seen the proposed new law back to the cabinet for another review.

This all may seem a bit academic for a government which can invoke  Section 44 to do whatsoever it likes, nevertheless it remains important to get the laws onto the statute books.

Accusations of torture and enforced disappearances by the authorities in Thailand have been frequent. Invariably they get nowhere.  Army and police have repeatedly been accused of torture.

Not only has not action been taken but often the accusers can find  being prosecuted under the Computer  Crime Act, libel. 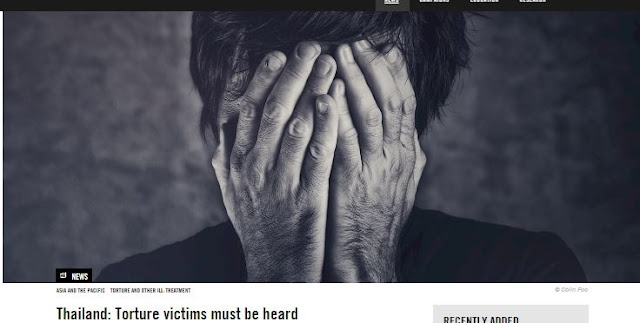 And last September Amnesty International had to cancel a press conference in Bangkok tp publicise its latest report on torture in Thailand under the current military led government. Amnesty officials were threatened with arrest.

The report ‘Make Him Speak By Tomorrow’, detailed 74 cases of alleged torture documented between 2014 and 2015, claiming that abuse has increased since a military coup two years ago granted broad powers to the armed forces.

Abuses were documented against a broad range of alleged victims including suspected insurgents, political opponents, migrants and people detained by police in rural areas.

Some alleged victims claimed they had been subjected to waterboarding, electric shocks to their genitals, various forms of humiliation and in one case  confinement inside a barrel with a venomous giant lizard. Thai authorities denied the allegations.

On the promulgation of the Draft Act for the Prevention and Suppression of Torture and Enforced Disappearances B.E….
As a state party to the UN Convention Against Torture and other Cruel, Inhuman or Degrading Treatment or Punishment (CAT) which has become effective to the country since 1 November 2007 and a state party to the International Convention for the Protection of All Persons from Enforced Disappearance since 9 January 2012, Thailand is obliged to promulgate domestic law to enact clauses provided for in the Conventions.

Previously, the Ministry of Justice’s Rights and Liberties Protection Department had been making an effort for the enactment of the law. And on 27 December 2016, the Draft Act for the Prevention and Suppression of Torture and Enforced Disappearances B.E….was approved by the cabinet and was submitted for readings in the National Legislative Assembly (NLA).

However, on 21 February 2017, the NLA’s Ad Hoc Vetting Committee has decided to send back the draft law to the cabinet for another review.

The undersigned request the Thai Government to promptly investigate complaints of torture or enforced disappearance, to guarantee the prevention and promotion of complainants of allegation of torture and or enforced disappearance, and implement domestic law in compliance with the Convention against Torture and Other Cruel, Inhuman or Degrading Treatment or Punishment (CAT), the International Convention for the Protection of All Persons from Enforced Disappearance (ICPPED), and Section 7 of the International Covenant on Civil and Political Rights (ICCPR), to which Thailand is a ratifying state party.

The undersigned rights organisations monitoring situations of torture and enforced disappearance have the following concerns to share;

According to human rights organizations monitoring situation in the Deep South and the rest of the country which is ruled by the coup-driven military junta, none of the complaints about the acts of torture and enforced disappearance allegedly committed by the government officials have been effectively investigated and no one has been brought to justice as a result of such illegal acts.

There have been a few cases that the victims have to seek judicial recourse by themselves and have eventually been awarded some compensation.

Criminal liability has, however, not been realized due to legal and practical obstacles including a lack of specific law to criminalize both the acts of torture and enforced disappearance, a lack of impartiality of the authorities which have the powers to carry out the investigation or inquiry into the alleged offences committed by influential officials or committed at the instructions or acquiescence of the commanding officials.

This has also become a hindrance to access to incriminating evidence and in certain cases; relatives or family members of the victims of enforced disappearance have been deprived of the legal standing and unable to bring the case against the perpetrators including the criminal cases against the accused who are military officials.

They have also been barred from becoming co-plaintiffs in such criminal suits or in the cases tried in the Military Court.

There have been reports that intimidation has been made by the alleged officials against the persons complaining about torture or they have been taken to court for making such complaints.

This has happened in cases including the alleged torture against Imam Yapha Kaseng, the enforced disappearance of Somchai Neelapaijit and Pholachi Rakchongcharoen (aka ‘Billy’) as a result of which none of the perpetrators in these cases have been brought to justice.

2. In particular, after the 22 May 2014 coup, military authorities have been bestowed with power to hold in custody a person without charges for not more than seven days while not disclosing their whereabouts and denying their access to lawyers or relatives. Such power is made possible by invoking Martial Law and the Head of the National Council for Peace and Order (NCPO) Orders No. 3/2558 and 13/2559 issued by the virtue of Section 44 of the Constitution of the Kingdom of Thailand (Interim), B.E. 2557 (2014).

Such legal frameworks have subject people to vulnerabilities including the chance to suffer torture and enforced disappearance. Worse, Section 44 justifies the acts of the officials by providing that their acts shall be recognized as lawful, constitutional and final and it has given rise to impunity.

3.The undersigned human rights organizations are, therefore, gravely concerned about the violations of the obligations per the Convention Against Torture and other Cruel, Inhuman or Degrading Treatment or Punishment (CAT), the International Convention for the Protection of All Persons from Enforced Disappearance and the International Covenant on Civil and Political Rights (ICCPR) which provides that “No one shall be subjected to torture or to cruel, inhuman or degrading treatment or punishment”.

Apart from not having domestic laws in place to effectively ensure the victims and their families access to the remedies, now there have been increasing legal actions taken against those who dare to complain about the alleged torture and the ongoing impunity of the perpetrators as a result of a lack of domestic laws to enable the provisions included in both the Conventions and how the Constitution of the Kingdom of Thailand (Interim), B.E. 2557 (2014) continues to justify the illegal acts.

The undersigned human rights organizations demand that the Thai government endeavour to expedite the effort to promptly ensure effective investigation of complaints about the acts of torture or enforced disappearance, effective protection of those complaining about the acts of torture or enforced disappearance and the promulgation of domestic laws to enable provisions of the Convention Against Torture and other Cruel, Inhuman or Degrading Treatment or Punishment (CAT), the International Convention for the Protection of All Persons from Enforced Disappearance and the International Covenant on Civil and Political Rights (ICCPR)’s Article 7 to which Thailand is a state party.


With respect in people’s rights and liberties