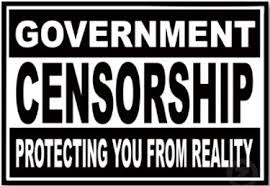 The Foreign Correspondents Club of Thailand has been ordered by the government not to allow its premises to be used for a presentation by human rights lawyers tonight.


A short statement issued from the club stated:

“The Foreign Correspondents’ Club of Thailand regrets to announce that the scheduled event for tonight, the launch of the Thai Lawyers for Human Rights report on the human rights situation after the coup, has been cancelled on the orders of the NCPO and the police. The FCCT has received a written order from the police instructing us to stop the event.”

The Thai lawyers had complained among other things that ‘t least 71 public events including public discussions and others have been subjected to intervention by the military.’

Here follows what the military objected to:

All major civil rights found to have been grossly violated

Today (4 June 2015), Thai Lawyers for Human Rights (TLHR) launches a report, “Human Rights One Year After the 2014 Coup: A Judicial Process in Camouflage Under the National Council for Peace and Order.”

The report highlights how during the past year, in addition to failing to be a ‘neutral party,’ the military has violated fundamental rights, including the right to freedom of expression.

Criticism has been stifled, including complaints about difficult day-to-day living conditions and efforts to suppress any movement by the people to participate in issues that affect their lives have been increased.

The military has interfered in the judicial process has from the stage of arrest to the prosecution in the Military Court. The only solution promoted by the military is for the people to undergo attitude adjustment in the hope of making them think like soldiers.

On 4 June 2015, TLHR launches the report which highlights five major issues including:
Freedom of expression under the lack of national security purported by the National Council for Peace and Order (NCPO) – It was found that at least 751 individuals have been summoned including at least five who have also been indicted on violation of Article 112 of the Criminal  Code (lèse majesté).

As to the right to freedom of assembly, at least 71 public events including public discussions and others have been subjected to intervention by the military. It was also quite alarming that a number of individuals have been held in custody arbitrarily and their personal information has been recorded by the authorities.

This has resulted in a climate of fear and persecution. Meanwhile, 67 individuals have been indicted on violations of Article 112 and insofar, the Military Court has sentenced some of them to ten years per count; this is a penalty rate which is much higher than those previously handed down by civilian courts. Most of the convicts were indicted on offences stemming from their posting or sharing posts in social media including Facebook.

The justice system in camouflage, Martial Law and trial against civilians in the Military Court –  At least 18 civilians have complained to TLHR about being subjected to torture in custody.

172 individuals have so far been tried by the Military Court. TLHR is concerned about the lack of impartiality of the military judges and the single-tiered system of the court as well as its unique adjudication procedure. Despite the lifting of Martial Law, by virtue of the Head of the NCPO Order No. 3/2558, military officials have the power as an inquiry official, a power which is in breach of the rule of law.

Impunity by virtue of Section 44 – After the enforcement of the 2014 Interim Constitution, the Head of NCPO has invoked its Section 44 to decree at least 18 orders including amendment of existing laws, the management of personnel and maintenance of peace. All in all, the exercise of the legal provision aims to reinforce the absolute power of the military in terms of the prevention, suppression, arrest and investigation of all criminal offences. Section 44 basically bestows sweeping power on the Head of NCPO without any liability, legislatively, administratively and judicially. They cannot be held liable by anyone.

The “encroached” resources –  It was found that NCPO Order No. 64/2014 and the Forestry Master Plan on reforestation are aimed at suppressing and evicting people from their land causing grave impacts on the poor and landless while favoring the business of investors.

All measures have been made without consultation with local people. Stringent suppression and sweeping powers have been waged without consideration of the contexts, cultures and traditions of local communities. The Royal Thai Police has declared the arrest of 1,622 suspects, while their methods of arrest and prosecution have terrified local people all over. For example, the officials would simply raid and cut down the crops of the villagers and dismantle the houses of local people.

The court was simply used as a pretext to justify the use of sheer and harsh treatment against people breaking their bargaining power while increasing the leverage of the investors.

The justice that has never been there, intervention of inquiries and prosecution to bring to justice those involved with the crackdown in April-May 2010 – After the coup, TLHR was informed by injured persons from the crackdowns in 2010 that they had received letters from the Department of Special Investigation asking for interviews with them about the events in 2010. 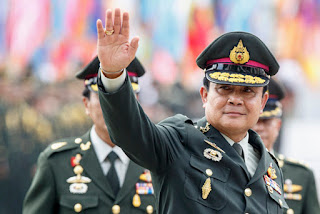 At the same time, Prime Minister Prayuth Chan-o-cha and the official in charge of the military forces during the events in 2010 has appointed a new inquiry committee to investigate the event. Such information has caused concerns as to how the investigation will be conducted impartially.

In sum, TLHR deems that though the NCPO has claimed to enter the game as a neutral party, but since 2010, the military has been a party in the dispute with the people since they have been involved with suppressing demonstrations, carrying out forced evictions, forcing people to undergo attitude adjustment, and using the Military Court to try civilians, which could just be called a “A Justice System in Camouflage.”

TLHR insists that the NCPO must:

November 14, 2015 Andrew Comments Off on “I can stay out of jail until the cows come home” – Fraudster in Thailand